Kate Burton '79 knows a thing or two about stardom and private realities. Her father, after all, was Richard Burton; her mother, Sybil Williams Burton; and her stepmother, Elizabeth Taylor. Kate Burton herself has enthralled stage audiences for decades, starring in Hedda Gabler and The Constant Wife and playing a full slate of Shakespeare and Chekhov heroines. 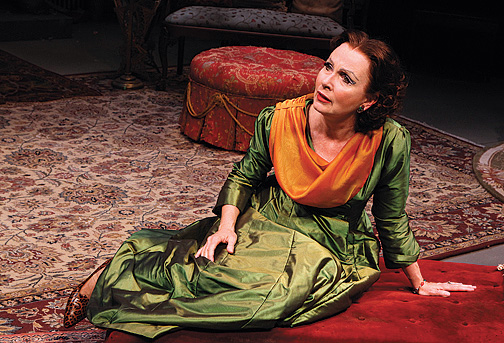 Throughout her thirty-year career, she has emanated a down-to-earth intelligence, and that's the sensibility she brought to this summer's production of A.R. Gurney's The Grand Manner at Lincoln Center. In the play, Gurney recalls a meeting with the "First Lady of the American Stage"—superstar Katherine Cornell. Playing Cornell, Burton eschewed the star's haughty grandeur and revealed a more private self. "In the end," she told the New York Daily News, "Katherine Cornell was a girl from Buffalo."
What do you think?
See what other readers are saying about this article and add your voice.