"No hitting. No biting. No spitting. No fighting. No unsupervised (what?) standing on your head." Those are a few of the "don'ts" in the song "Camp Rules" by singer-songwriter Lisa Loeb '90. It's from Camp Kappawanna, a children's musical she cowrote with playwright Marco Ramirez, which made its debut in Miami this summer. The show's origins go back to Brown, where Loeb was in a band with Duncan Sheik '92, composer of the Tony Award–winning Spring Awakening. 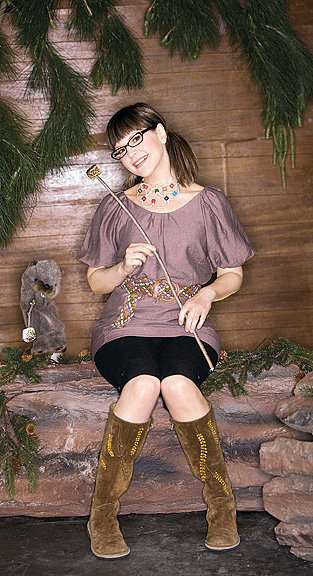 "I've always wanted to write a musical,'' Loeb told the Miami Herald. "I grew up listening to them—Annie; Grease; Bye Bye Birdie; You're a Good Man, Charlie Brown. And I definitely want to do this again." Loeb started writing camp songs for her 2008 CD, Camp Lisa, which in turn led to a nonprofit that sends needy kids to camp.

"When I got into writing kids' music," she said, "it informed my grown-up songwriting; musical theater even further affects my other writing. . . . As a singer-songwriter, it gets a little old to write about what you might be thinking or feeling."