With his new graphic novel, Sailor Twain, or The Mermaid in the Hudson, Mark Siegel '89 spins a mysterious, literary, complex yarn that's equal parts Gilded Age and Twitter. It's also a throwback to the serials of Charles Dickens and Mark Twain, with installments three times a week at SailorTwain.com 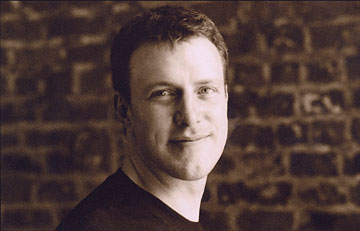 Sonya Sones
Mark Siegel drew the panels for his new novel in charcoal to give it a smokey industrial mood.
The story is set in 1887 on the Hudson River, where the paddleboat Lorelei is ferrying some of the era's most storied families on pleasure cruises between New York City and Albany. Using media from both the dawn of human history and the present, Siegel draws each moody frame of his graphic novel in charcoal, then scans the images into his computer. Every detail is carefully researched for historical accuracy to create a real-life backdrop for the novel's central fictional event: over the course of thirty-four chapters, Captain Elijah Twain and his passengers fall under the spell of a mermaid.

The idea of a serial tale came as an antidote to the hermitlike existence of most graphic novelists, which Siegel knows well as the founder and editorial director of First Second books, a MacMillan imprint that publishes graphic novels "They're working for two or three years, maybe more," without feedback, he says. Siegel says he wanted to "keep up a live connection with readers." But the serialization of Sailor Twain has a twenty-first-century twist: each installment is accompanied by Siegel's blog posts, which include stories from the making of the novel and historical bits that he discovered during his research. Readers chime in, and Siegel often integrates their ideas into the novel in real time. He even invites some fans to send him photographs of themselves so he can draw them in nineteenth-century dress as passengers on the Lorelei. 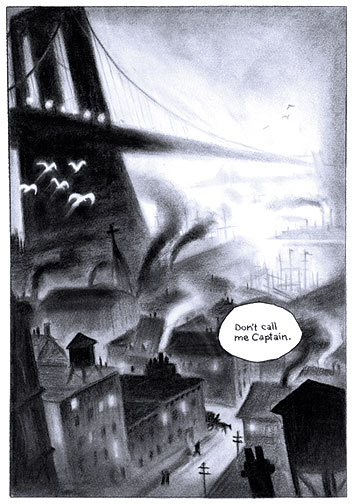 The Hudson River, romantic and dark, is itself a character. Shrouded in mist, it laps against each panel. Siegel wanted his story "to have the feel of the industrial revolution," he says. He experimented with watercolor and pen-and-ink, but neither quite captured the mood. Then a friend reminded Siegel that he'd successfully used charcoal in his 2004 children's book, Long Night Moon. He tried it, and the blurry smokiness of the medium was perfect. The Lorelei and its haunting passengers set off into the watery night "like a Chinese painting," he says, "where things disappear into the mist."

The story will eventually be published as a print book, but not until 2012, after the final installment has run at SailorTwain.com Siegel and MacMillan are gambling that their most loyal readers will buy the book, even though they'll already know how the story ends. Siegel says he's happy to take the risk. "I get to try all kinds of things with this that I wouldn't necessarily try on my authors," he says. That's the editor's prerogative.

Reader Responses to An Internet Serial