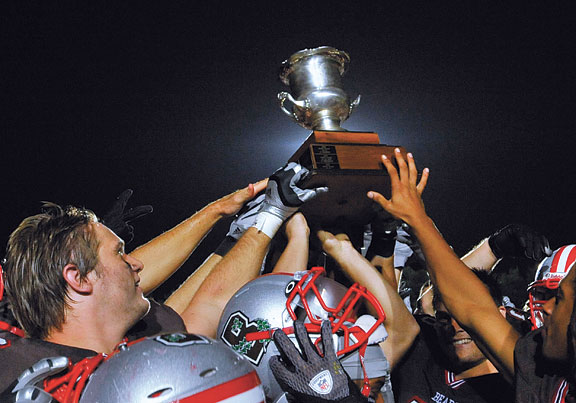 David Silverman
Michael Yules '14 and his teammates grabbed the ninety-sixth Rhode Island Governor's Cup, October 1. In Brown Stadium's second-ever night game, the Bears beat the URI Rams, 35–21, before a crowd of 10,231. Governor Lincoln Chafee '75 presented the trophy to head coach Phil Estes and the jubilant team. The Governor's Cup competition was first played in 1909, and as of this season Brown leads the series 68–26–2.
What do you think?
See what other readers are saying about this article and add your voice.