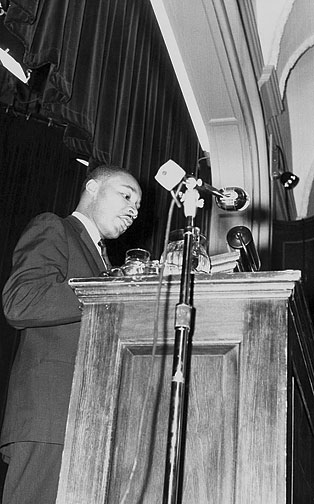 "We will wear you down by the Negro's capacity to suffer," Rev. Martin Luther King Jr. told a capacity crowd in Pembroke's Alumnae Hall, the night of November 9, 1960. In a speech on "Integration and the Future," he spoke of the need to meet prejudice and hatred peacefully and with joy. Just five hours earlier, Richard M. Nixon had given his concession speech, and John F. Kennedy had claimed victory as the 35th president of the United States.
What do you think?
See what other readers are saying about this article and add your voice.