Just two years out of acting school, Mia Ellis ’12 MFA, below, starred in Trinity Repertory Company’s winter production of Intimate Apparel by Lynn Nottage ’86.  The story of an African American seamstress who falls for a dodgy Caribbean man, the play touches on the subtle and not-so-subtle ways racism hemmed in black women’s lives in early twentieth-century America. Ellis’s performance brilliantly captured the yearning and sadness of a woman whose dreams were destroyed  by circumstances beyond her control. 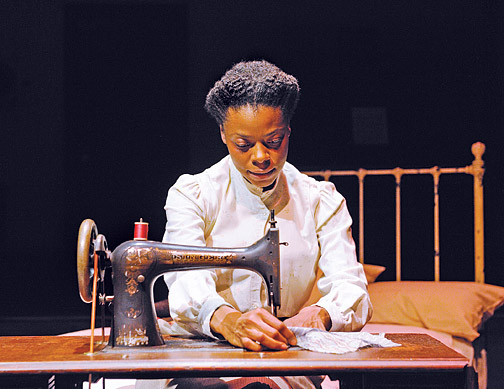