When Howard Shalwitz came to Brown in 1975 to earn a master of arts in teaching, his ambition was to teach philosophy to high school kids and then become a principal. A year later, though, he decided to take a year off to see if he could make a go of it as an actor in New York City. Nearly forty years later, he likes to say, he’s still taking that year off. 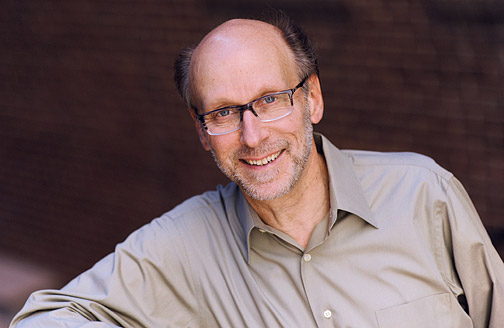 Well, not quite. After a stint at the New Jersey Shakespeare Festival, he and a fellow actor decided to found their own theater, which they named Woolly Mammoth during a night of drunken carousing. Figuring out its mission and where to locate it took several more years, until they settled on Washington, D.C., where they felt they could have the greatest impact on the nation’s civic discourse.

Today, Woolly Mammoth ranks as one of the country’s most renowned theaters. “I feel like Woolly is one of the most important theaters in the country for developing new work,” says Tim Sanford, the artistic director of Playwrights Horizons in New York. “They have a certain style that doesn’t sit comfortably in naturalism. They aggressively push the boundaries of style.”

Perhaps most impressively, Shalwitz has achieved all this on his own terms, staying true to the theater’s original mission of producing challenging plays about American society and culture. “We do provocative work that’s going to make you either really glad you saw it or really angry,” Shalwitz says. “One of our goals is not to preach to the converted, not to do politically comfortable and politically correct work that congratulates [audiences] for their good progressive views.”

Last season, Woolly premiered Anne Washburn’s Mr. Burns, a Post-Electric Play, set in a post-apocalyptic world where survivors reenact episodes of The Simpsons. It subsequently opened off-Broadway to rave reviews. The New York Times called it “so smart it made your head spin” and “downright brilliant.”

Over the years, Woolly Mammoth has built a reputation among D.C. theatergoers for the intellectual rigor and daring of its plays. “People recognize a core identity to Woolly,” Shalwitz says. “We have brand identification.” But his approach to picking shows for each season, Shalwitz says, never involves “thrashing about wondering what the audience wants to see.”

In 2012, at the annual meeting of the Theatre Communications Group, Shalwitz urged his fellow theater producers to reconsider emphasizing good stories and instead to embrace the kind of nonlinear, experimental theater more common in Eastern Europe. “In the work I saw in Eastern and Central Europe, it sure looked as if the ideals of Woolly Mammoth’s founding manifesto were being fulfilled,” Shalwitz said in his speech. “The art form was clearly advancing, and new audiences were being drawn in. How could I not get excited?”