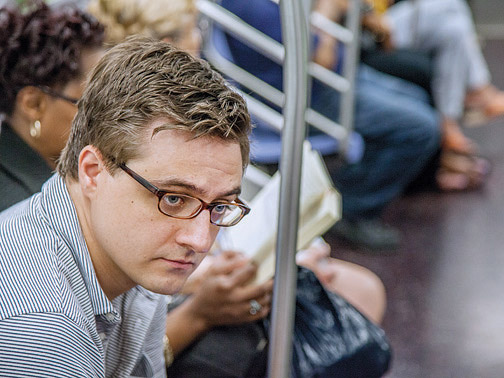 Joel Bach ’91, who studied film and video at Brown, has come a long way since making Brown Is Green, which he describes as a “dorky” short film that tried to educate freshmen on the merits of recycling. Whatever its aesthetic qualities, he recalls, the film did win an award or two and helped institute a campus recycling plan.

Now Bach, a former 60 Minutes producer, and his former 60 Minutes colleague David Gelber have taken on a somewhat more ambitious challenge. They’ve created a nine-part Showtime series that they and their many high-powered partners hope will engage the public on global warming through a novel melding of journalistic technique and celebrity mystique.

In Years of Living Dangerously viewers will have an over-the-shoulder view as a string of movie stars, television celebrities, and prominent journalists meet people affected by extreme weather and engage politicians on both sides of the climate debate over the future of fossil fuels and cleaner energy sources. The series takes viewers from the smoldering remains of Indonesia’s rain forests and the eerie blue melt ponds atop Greenland’s ice sheet to the Sandy-ravaged Jersey shore and the Rockaways in the New York City borough of Queens. 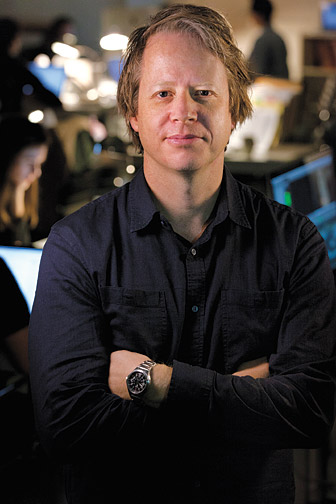 The Years Project/Courtesy of Showtime
Joel Bach ’91 concedes that the show's approach is a bit of an experiment.

While at 60 Minutes, Bach and Gelber toyed with making a fictional feature film on a climate theme, but they shifted to the cable series idea in early 2011 on advice from film and television producer Jerry Weintraub, who also signed on as an executive producer. James Cameron, the force behind Avatar and Titanic, joined the team as well, and the list of participating celebrities quickly grew.

MSNBC political commentator Chris Hayes ’01 reports two of the show’s segments, one on the polarized politics surrounding climate change and the other on the disastrous impact of Hurricane Sandy’s storm surge. He says that, despite the series’ obvious cinematic quality, its real power comes from its focus on human lives. Hayes recalls a particularly grim scene in the Rockaways: “I sat with a family in their house that didn’t have power for five months after the storm. They were running electricity off the car and heating it in the middle of winter with those big Home Depot kind of kerosene space heaters and falling deeper and deeper into just complete despair and debt, with a daughter sitting at the table who was pregnant.”

Even with such gripping material, Bach, Gelber, and Showtime are tackling a daunting task: trying to capture attention in a world flooded with hyper-engaging content and overheated argument without oversimplifying what’s been called a “super-wicked” (as in super-complicated) environmental challenge.

Despite recent weather extremes and a string of earlier films on climate themes—including the thriller The Day after Tomorrow, Leonardo DiCaprio’s The Eleventh Hour, and the Oscar-winning An Inconvenient Truth, in which director and executive producer Davis Guggenheim ’86 documented Al Gore’s call to action—polls have shown little evidence of a public shift toward making climate change a high priority. 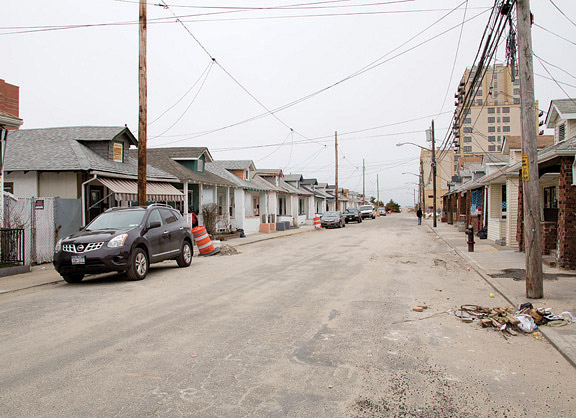 The Years Project/Courtesy of Showtime
Five months after Hurricane Sandy

Bach concedes that the series’ approach of putting celebrities in the role normally filled by journalists is an experiment, but says he’s confident it will work. He points to the passion of Harrison Ford, who focuses on Indonesian deforestation in portions of the first two episodes. Ford interviews the president of the country and, Bach says, “gets agitated by what he sees and gets really wound up and you can’t take your eyes off of him.”

“When [Ford] plays Han Solo or Jack Ryan or Indiana Jones, we’re kind of on his side,” Bach says. “You’re along for the ride, and you identify with him, and it’s really intoxicating. It’s a great way to deliver the message, and behind it we have all these former 60 Minutes producers and other producers who are guiding him and making sure that the reporting is rock solid.”