Why I Am a Jew

In August, President Christina Paxson gave a keynote address at the Touro Synagogue in Newport, Rhode Island, the oldest synagogue still standing in America. In her address, she described her religious evolution: 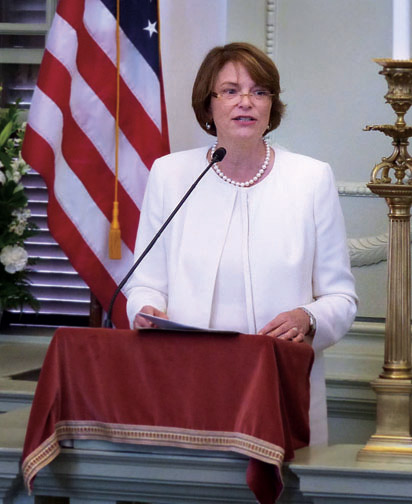 “This event is meaningful to me, both professionally and personally.… Personally, because I suspect that this is the first time a Jewish woman named Christina has had the privilege of speaking from this podium!

“Let me start with the personal. I was raised as a Quaker, and during my childhood I attended Sunday School at the Pittsburgh Friends meeting. This was not your typical Sunday School. I grew up in the turbulent time of the 1960s and early 1970s, when the country was grappling with civil rights, women’s rights, labor rights, and the Vietnam War—issues that were very important to the Friends.…

“The Friends had strong convictions about pacifism and social justice. But, although I didn’t appreciate it at the time, I realize now that I was never told what I should believe. I was free to listen, learn—and disagree, if I chose to do so.

“The overarching lesson—the most important lesson—was that convictions about matters of conscience should grow from personal introspection, informed by discussion and debate, rather than be dictated by religious doctrine.

“So, how did I come to be a Jewish woman named Christina? It’s simple: I fell in love. I met my husband, Ari Gabinet, at Swarthmore College in the fall of my freshman year. I converted to Judaism as a senior in college, after Ari and I became engaged. One reason for my conversion was my deep love and respect for Ari’s family. But that wasn’t the only factor.

“At least the way my new family practiced it, Judaism was a religion that welcomed questioning, quarreling, and intellectual debate. In the end, and somewhat ironically, it was the lessons I had learned in Quaker Sunday School that made me feel very comfortable taking on a new Jewish identity.”

Reader Responses to Why I Am a Jew