On October 24, roughly a decade after Ruth Simmons asked a campus committee to study the relationship between Brown and the Rhode Island slave trade, she spoke at the dedication of the Center for the Study of Slavery and Justice, which will expand upon the committee’s work. In “Confronting Historic Wrongs: A University’s Dilemma,” Simmons condemned racial profiling and reminded her audience that universities have an obligation to challenge injustices with “integrity and independence.” There is little evidence, she said, “that slavery in its current forms will soon disappear.” 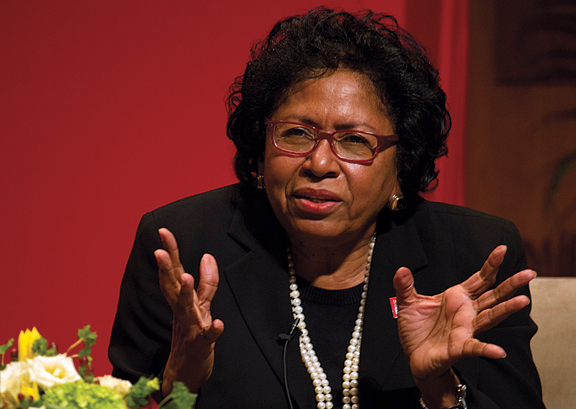