Josie Hubschman ’11 always wanted to be an entrepreneur. Going to Brown only fueled her dream. “It’s part of the Brown mentality that you can do anything you really want to,” she says. Hubschman’s strategy after graduation was simple: she kept a gripe notebook. To her, daily frustrations were potential business opportunities. So she took time every week to write down things that had gotten on her nerves as a consumer and brainstormed potential solutions. Among the latter were an app to help you find last-minute alternative transportation when cancellations occur, a service to provide healthy food before plane flights, and an on-demand manicure service. Finally, in 2014, when a friend named Lia Wayman tried to find the perfect roommate, Hubschman found the perfect frustration. 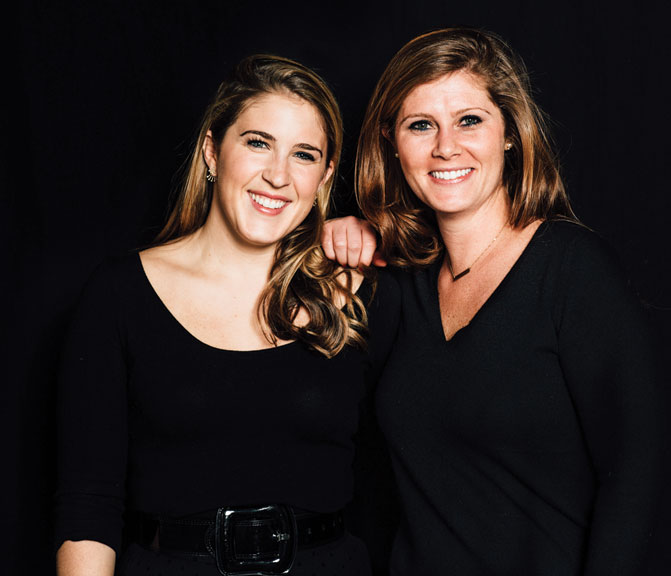 “It was a nightmare,” Hubschman remembers. Lia was moving to Boston and needed not only to find new roommates there, but also to locate someone to sublet her room and join her roommates in New York City. She had two options: using Craigslist or sending out a flurry of e-mails and Facebook messages.

“We realized the current system didn’t make sense,” Hubschman says. Searching for a better solution, she and Wayman found a model in the dating app Hinge. Hinge requires users to validate their accounts with Facebook and then matches users with people who are connected to them or to mutual friends, thus ruling out matches with complete strangers. Hubschman and Wayman adopted a similar approach when in August 2014 they cofounded The Room Ring, which aimed to create a better way of finding roommates.

Users of The Room Ring must validate their account with Facebook and specify a neighborhood or an address. They can also share such potentially crucial information as their smoking, neatness, and socializing habits. Users are then matched with potential roommates within their social-media “ring.” The service shows the name and profile photo of potential roomies, as well as other details they’ve shared with The Room Ring.

After the service went live in in San Francisco and New York City in February 2015, Hubschman left her job at SoulCycle to work full-time on The Room Ring. The service has since served 1,500 web users and will launch in the iTunes App Store this spring. The partners plan to expand to Boston, Chicago, Philadelphia, and Los Angeles this spring.

Hubschman acknowledges that she took a risk leaving her job, and she can’t help but laugh at how naïve she was about the realities of self-employment—there are no set hours, and success does not come easy. Yet she says she has learned more in the past year than in the previous five. “It’s a roller-coaster,” she says. “Some days are really tough, but other days, and more often than not lately, I think we’re getting ready to become the next Airbnb.”

Reader Responses to The Match Game