All of Everything: Todd Oldham Fashion, the current exhibit by Kate Irvin ’93, who’s the curator of costume and textiles for the Rhode Island School of Design Museum, is on view at the museum until September 11. The show, which the Wall Street Journal calls “a joyous exhibition,” displays more than sixty-five of Oldham’s exuberant creations—beaded, sequined, bright, wildly patterned ensembles—designed during his ten years as a fashion star from 1989 to 1999. “I am positive that these innovations will feel as fresh in 2016 as they did in the 1990s,” Irvin says. 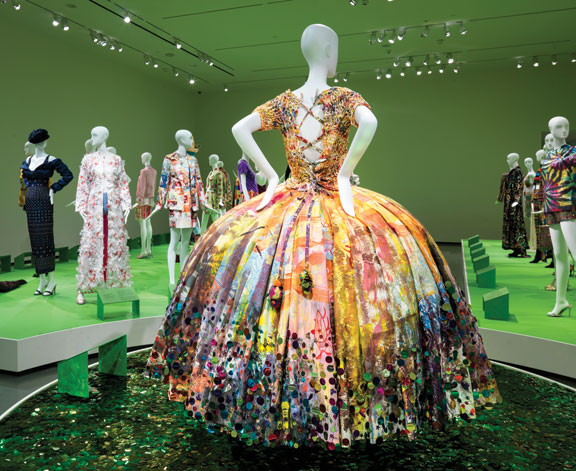 Erik Gould/RISD Museum
What do you think?
See what other readers are saying about this article and add your voice.