Medicare, often hailed as a shining example of effective social insurance, has also been condemned for its regulatory complexity and its interference with the patient-doctor relationship. What’s more, it’s a huge and rapidly growing government program with a 2015 pricetag of $527 billion that the Congressional Budget Office projects will reach more than $800 billion by 2024. As a primary care provider in geriatric practice who has seen thousands of patients, Andy Lazris ’86 has years of firsthand experience dealing with a system he believes “pushes patients and doctors down a precarious road that ultimately derives mediocre results at substantially high cost and with poor patient/doctor satisfaction.” His new book, Curing Medicare, suggests remedies that Lazris believes will benefit both patients and doctors while helping alleviate Medicare’s financial woes. 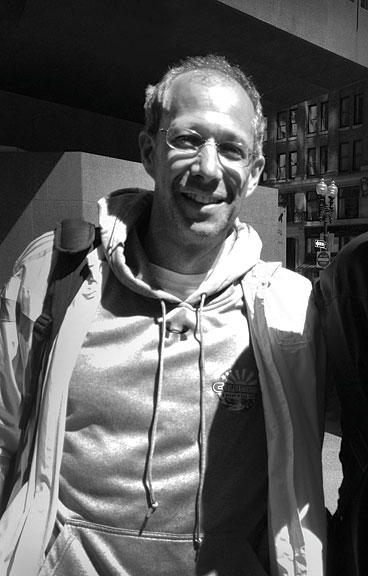 Some Medicare rules need to be rewritten, says Andy Lazris, who has treated thousands of elderly patients.

BAM When did you realize that Medicare was causing problems in the way you wanted to deliver care?
LAZRIS Seven years ago, when I started my own practice, it struck me what the regulations were doing—how they were moving us, as caregivers, away from our patients and what they really need.

BAM You’re critical of what you call “futile aggressive treatment.” Why?
LAZRIS Especially for older patients, when you give more aggressive care, you often disrupt the natural balance of the body. When you start looking for all these numerical problems—high cholesterol, high sugar, high blood pressure—and treating them as if your patient were young, you might be causing more problems.

BAM Do you believe that being “thorough,” as Medicare mandates, is not always the right course of action?
LAZRIS It’s great to be thorough, but that should mean using your brain and realizing that not everyone fits in the same mold. Being thorough sometimes means backing away from doing something. You have to treat patients as individuals and address their problems and needs intelligently.

BAM You’re a critic of Medicare’s insistence on hospitalization in many situations. Why?
LAZRIS If you were going to pick one thing in Medicare to fix, that would be it. That would save the most money and the most lives. A hospital is a terrific place if you really need intensive care, but for most things that befall older people, we can take care of them at home. 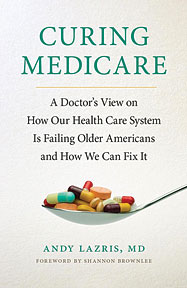 BAM You also advocate palliative care, which is not covered by Medicare.
LAZRIS It’s paid for only in the last six months of someone’s life, through hospice. Palliative care is something that is often much more effective than aggressive care in older people. They should have the option to be treated at home, but Medicare doesn’t allow that option.

BAM Do you think the kinds of reforms you’re advocating would be helpful in addressing Medicare’s financial problems?
LAZRIS Yes. If you look at just giving people the choice not to go to the hospital, that would save billions of dollars every year. If we give people better information before they choose what procedures they get, that would save billions. Most patients are skeptical about interventions. They don’t want to be on twenty medicines; they don’t want to have lots of tests and procedures. They’re led to believe by specialists that they have to, and the specialists are paid well to keep up that illusion. We need more primary care doctors who can explain the real risks and benefits. It would be better for patients, and it would be better for Medicare.