As a regular speaker at comic book conventions around the country, fantasy novelist Naomi Novik ’95 has always enjoyed watching fans dress up as their favorite superheroes and sci-fi characters. Then two years ago at Atlanta’s annual Dragon Con festival, an enthusiastic reader arrived as the high-flying, scaly star of her bestselling Temeraire series—and Novik knew she’d really made her mark. 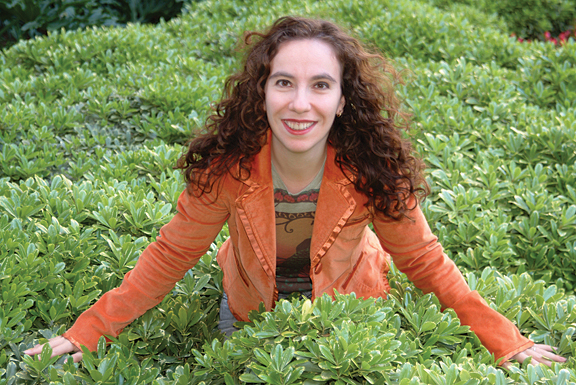 With League of Dragons, fantasy novelist Naomi Novik '95 ends he nine-volume Temperaire series, earning praise from Stephen King along in the way.

“It was this giant dragon costume with working wings,” she recalls. “The person wearing it had to lie on the floor of the panel room because it couldn’t fit in a chair. That was pretty amazing.”

Novik launched her literary career a decade ago with His Majesty’s Dragon, the first of a nine-part alternate history that follows a nineteenth-century British sea captain and his dragon as they fight Napoleon’s forces. The series’s final volume, League of Dragons, was released in June and has been praised by such authors as Stephen King. A standalone novel, 2015’s Uprooted, about a village girl forced to live with a dark wizard for a decade, also received widespread acclaim: the book earned Novik her first Nebula Award and a second Hugo Award nomination. “I discover the story as I’m working on it,” she explains. “I don’t plan very much in advance.”

The daughter of Eastern European immigrants, Novik grew up on Long Island reading Polish folklore and J.R.R. Tolkien. At Brown she studied English literature and began writing fan fiction, mostly short vignettes based on Star Trek: The Next Generation episodes she watched with classmates in her dorm. Post-graduation, she pursued a master’s in computer science at Columbia and landed a job helping design a Dungeons and Dragons–style video game. That sparked the desire to create longer stories, one of which turned into the first Temeraire book, inspired by Novik’s viewing of the 2003 film Master and Commander: The Far Side of the World and reading Patrick O’Brian’s Aubrey/Maturin series. “It really was a very fan fiction type of impulse, and the wonderful thing about fan fiction is there’s a lot of creativity and freedom,” she says. 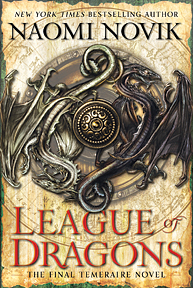 Among the first to recognize Novik’s talent was Oscar-winning director Peter Jackson, who optioned the Temeraire novels in 2006, calling them “not only fresh, original and fast-paced, but full of wonderful characters with real heart.” But Jackson had to put the project on hold to film the Hobbit trilogy, which led to Novik’s regaining the rights. Still, she’s thrilled that the filmmaker saw something magical in her books. “It’s the sort of thing that really gives you confidence as a new writer,” she says.

Novik’s work may yet end up on the big screen. Warner Bros. won a reported three-studio bidding war for the film rights to Uprooted, with Ellen DeGeneres on board as a producer. Meanwhile, Novik is content to do what she does best: penning her next book, a retelling of the Rumpelstiltskin fairy tale.

“It’s very encouraging and exciting,” she says of Hollywood’s interest. “But at the same time, you can’t think about it too much. You have to just take it as a positive moment and then sit back down at the computer and keep writing.” 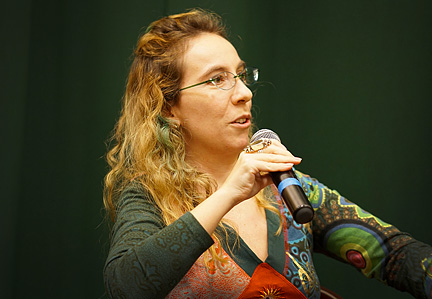 Check out recent photos of Naomi at the Tribeca Barnes and Noble event here.
What do you think?
See what other readers are saying about this article and add your voice.