Netflix’s award-winning drama The Crown, a fictionalized look at the life of Queen Elizabeth II, often depicts extraordinary situations that leave fans wondering how much of the series is based on real life. According to Annie Sulzberger ’04, the show’s head of research, many of the most theatrical scenes, including one in which surgeons operated on an ailing King George VI—Elizabeth’s father—at Buckingham Palace, really did happen. “Those are big moments for me as a trivia hunter,” says Sulzberger. “We get very excited when we find out these sorts of things.” 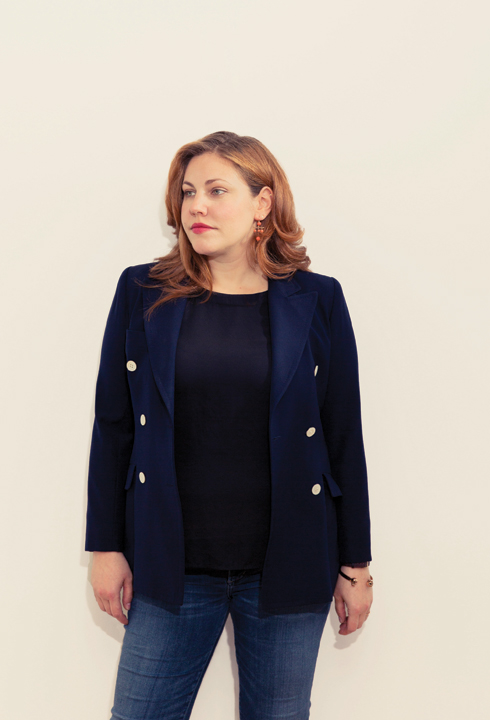 Sulzberger’s job is to look up tiny period details that make The Crown seem authentic and to unearth historical happenings that give insight into the queen’s private world. She and her small staff read hundreds of books, study newsreels and documentaries, dive into dusty archives, and interview anyone who might add to their knowledge.

That painstaking research can sometimes change an episode’s direction. The show’s second season (released in December) includes a visit from John and Jackie Kennedy that was originally intended as a subplot, until Sulzberger came across an intriguing diary entry from a well-known photographer at the time. “It’s something we read and said, ‘That’s incredible,’” she says. “It elevated Kennedy’s visit from a B or C storyline to an A.”

A Manhattan native, Sulzberger concentrated in art history at Brown, where she was a year behind her brother, A.G. Sulzberger ’03 (recently named publisher of The New York Times). Post-graduation, she was hired as a costume researcher for Robert De Niro’s 2006 CIA film, The Good Shepherd. After that, she moved to London and earned a master’s at the Courtauld Institute of Art while working as a researcher and curator for a prominent art dealer and private collectors. Sulzberger jumped back into show business with 2011’s The Iron Lady, later applying her skills to a British spy show and, more recently, Victoria and Abdul, which stars Judi Dench.

When asked what she would love to work on once The Crown ends, Sulzberger’s dream job has nothing to do with English royalty. “I’m a sci-fi nerd,” she laughs, adding that she’s started to write TV and film scripts in that genre on the side. “I think things like Black Mirror are genius.”