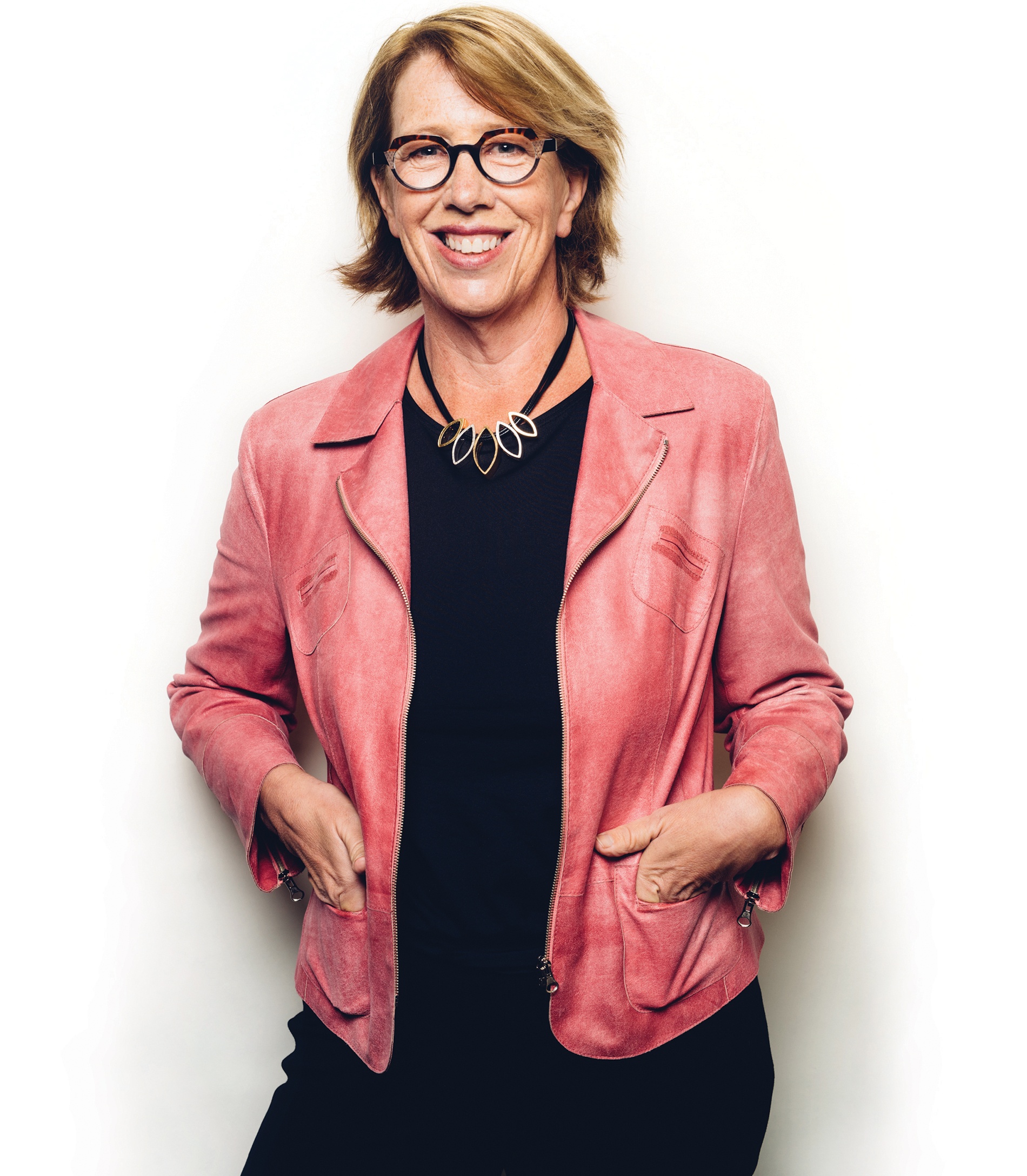 Peering Inside the Body
A new device could revolutionize medical imaging.

The medical crisis that almost prevented Mary Lou Jepsen ’87, ’97 PhD, from finishing her doctorate is inspiring her latest venture—developing a cheap, wearable device that uses near-infrared to take a high-resolution look inside the human body.

Jepsen has enjoyed a string of tech industry successes. She is the founder of four start-ups, including One Laptop per Child, and an inventor listed on more than 200 published or issued patents. She has served as an engineering executive at such tech giants as Facebook, Google[x], and Intel, and Time once named Jepsen one of the 100 most influential people in the world.

Yet just over twenty years ago, Jepsen was so sick that she left her PhD program in holography to go home to die. She had no idea what was causing her headaches and other symptoms until she received an MRI scan. It revealed a brain tumor, which could be surgically removed. “The MRI saved my life,” Jepsen says. “But scans like these are expensive and only available in specially equipped hospitals.”

Jepsen’s new company, Openwater, is working on a technology that she believes will replace costly, bulky MRI machines with something people could potentially wear all the time. It will be 99.9 percent cheaper than MRIs, smaller and more portable (the size of a hat), and it will boast a resolution better than current MRI machines by a factor of a billion.

The key is near-infrared light. When this type of light hits flesh and bone, it mostly scatters, but Jepsen’s system uses insights gleaned from her years studying holography to measure and reverse the scattering to use it to look deep inside the body. She foresees a variety of applications, including the detection of cancers and neurological disorders.

She also says that, with the right kind of processing, imaging the brain with her technology could reveal what a person is thinking. There’s the potential to see single brain cells, a feat impossible with today’s MRI technology. With advances in machine learning, the system could closely infer the meaning behind certain neural activity patterns, paving the way for a wearable telepathy machine.

The potential ethical implications regarding privacy are not lost on Jepsen, who encourages broad societal discussion about how such a technology should be used. She unveiled the Openwater technology in April on stage at TED in Vancouver and says she plans to release developer kits within a year: “We expect to move to product quickly after that in the following year or two.”

Reader Responses to Peering Inside the Body