Inner Life of a Goddess
Madeline Miller ’00, ’01 AM revisits the Circe story for the #MeToo era 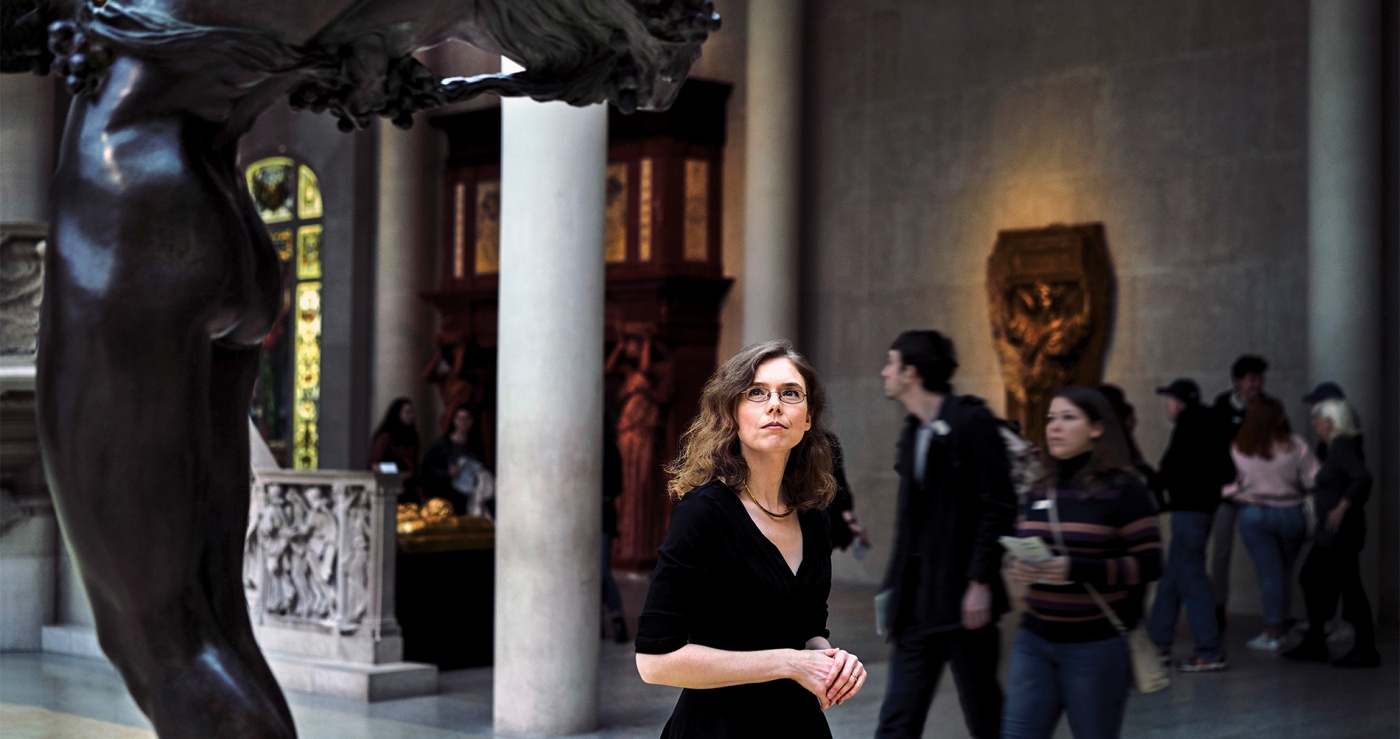 When novelist Madeline Miller ’00, ’01 AM, first read Homer’s Odyssey in eighth grade, the story of the goddess and enchantress Circe left her incensed. She had expected a thrilling encounter between Circe and Odysseus.

“I remember thinking, ‘Here’s Odysseus, the wily prince of Ithaca, and there’s going to be a real battle of wits between these two people,’” she says.

Instead, the wandering hero draws his sword and threatens Circe. The goddess falls to the ground, begs for mercy, and invites Odysseus into her bed. “I remember this feeling of ‘That’s it? That’s all she gets?’” Miller says. “It felt like such a frustrating treatment of a fascinating character.”

That teenage frustration laid the foundations for her latest novel, Circe, which weaves a new version of the story. Miller’s sympathetic, empowering narrative casts Circe as a mythological figure for the #MeToo moment—a woman often at the mercy of powerful men who has faced abuse and trauma and strives to define herself on her own terms. That journey begins in the halls of her father, the egotistical sun god Helios, where her burgeoning powers are grounds for banishment. Over the following millennia, the goddess encounters a string of ancient Greece’s iconic characters: the Minotaur, Daedalus and his doomed son Icarus, vengeful Athena, capricious Apollo, and, of course, Odysseus himself.

“I have always felt that these stories are incredibly relevant,” Miller, who studied classics at Brown, says of Greek mythology. “Human nature has not changed, even though culture has changed. We’re still struggling with so many of these issues, like allowing women to have power.”

Circe is not the first classical character Miller has reimagined. Her 2011 debut novel, The Song of Achilles, recounts the events of the Iliad through the eyes of Patroclus, Achilles’s childhood friend and (in Miller’s tale) lover. The book snagged a spot on the New York Times’s bestseller list and was awarded the Orange Prize for fiction the following year.

But Miller might never have written the novel had it not been for a college production of William Shakespeare’s Troilus and Cressida she codirected during her senior year at Brown. “I remember being so excited about the opportunity to work with these characters in a living way,” she says, “to give notes to Achilles and talk to Patroclus about his motivation.”

For the first time, she realized that the characters she’d studied in class could come to life creatively as well as academically. “That production completely changed my life.”

Reader Responses to Inner Life of a Goddess

The caption of the photograph of Madeline Miller says she “peruses antiquities at New York’s Metropolitan Museum,” (“Inner Life of a Goddess,” Beyond the Gates, July/August).

I know we’re all getting older, but the objects around Miller are definitely not antiquities. They include Frederick MacMonnies’s Bacchante and Infant Faun (1893–94), a 1900 choir rail from All Angels’ Church in New York by Karl Bitter, a stained glass window of 1908–9 by John LaFarge, and Amor Caritas (1880–98) by Augustus Saint Gaudens.