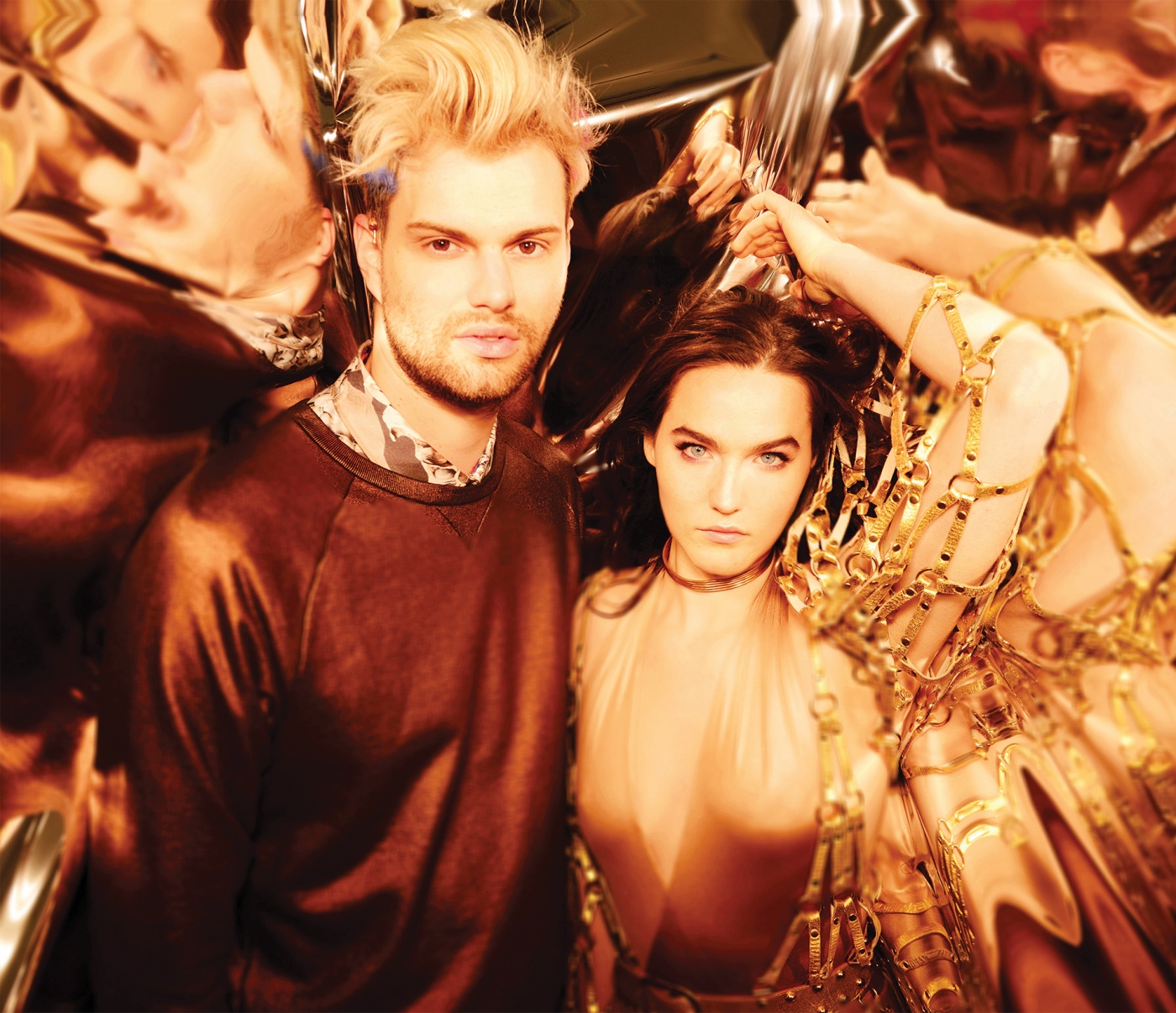 In her senior year, Sophie Hawley-Weld ’14 was performing a song at a Brown event when Tucker Halpern ’14 walked in. “She was playing original bossa nova music, singing in Portuguese,” Halpern says. “I thought what she was doing was really beautiful but could be more fun. I had always loved house music tracks with vocals in other languages.” Halpern introduced himself—and “ended up remixing one of my songs on the spot,” recounts Hawley-Weld. “Since then, we haven’t stopped working together.”

The duo, known as Sofi Tukker, got a big boost when their first single, “Drinkee,” was featured in an Apple Watch commercial. “That took a lot of the financial pressure off,” says Hawley-Weld. “It allowed us to focus on moving forward on creating our dream.” The song garnered a Grammy nomination for Best Dance Recording.

Since then, their life has been a blur of songwriting, recording, performing, and traveling. 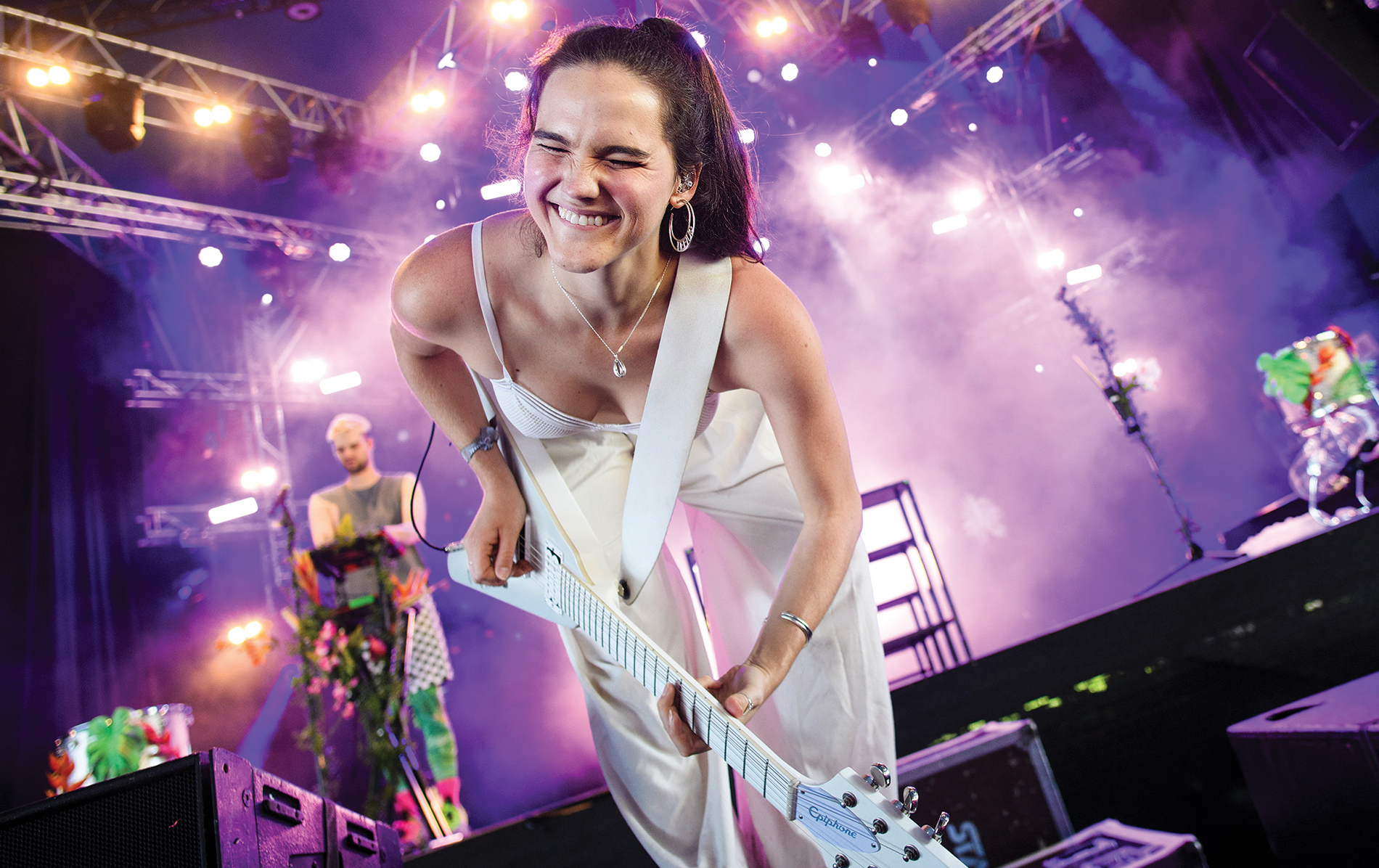 After releasing an EP called Soft Animals in 2016, their song “Best Friend” (a collaboration with Nervo, The Knocks, and Alisa Ueno) made a big splash when it was featured in an iPhone X commercial. It became the closing track of their ten-song LP, Treehouse, released in the spring of 2018, and was also selected for the soundtrack of Ocean’s 8.

Treehouse is an energetic and eclectic mix of sounds, styles, and languages. Hawley-Weld cites Portuguese classes she took at Brown from Patricia Sobral, distinguished senior lecturer in Portuguese and Brazilian Studies, as a key influence, as evidenced by the lyrics of such tunes as “Energia” and “The Dare.” She also enjoys pushing the limits of English with some playful profanity, starting with the very first words of the album’s first song. It’s all driven forward by pulsing instrumental tracks that both honor and update the classic house music they cite as inspiration.

The duo likes to record while touring, laying down tracks when and where they can and revising their songs-in-progress based on audience response. This gives their edgy dance-pop an immediacy that has enhanced their connection to an ever-growing international audience. “I love making people smile and dance and get into the zone,” says Halpern. “Being on the same wavelength with a large group of people is an amazing feeling.”

Going forward, Sofi Tukker is intent on more touring—and on supporting the creative efforts of their friends by launching their own record label, Animal Talk. “We’ve met some talented people whom we have seen go from wanting to find their own voices to making some of the most exciting and beautiful stuff out there,” says Hawley-Weld. “Yep,” chimes in Halpern, “there’s lots of new music that we’re excited to release. Just keep the music coming and the shows rolling!”