Eye on the Sky
A soldier-scientist’s dreams take flight 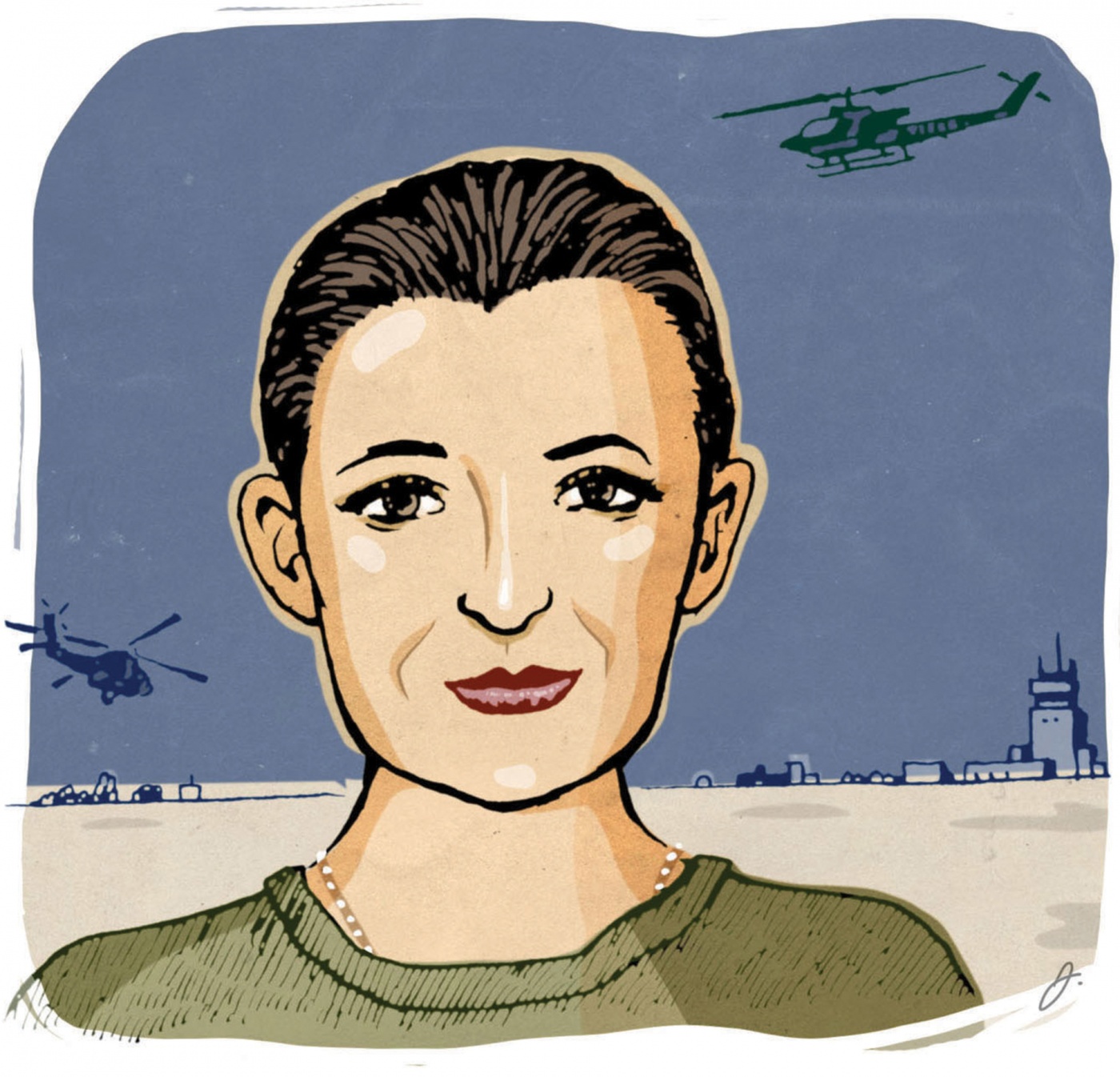 Halfway through her degree program in planetary geology, with her childhood dream of becoming an astronaut at least temporarily on hold, Kathleen Scanlon ’12 ScM, ’16 PhD, had her interest in military aviation sparked while reading about the Vietnam War. She became fascinated by medevac, or air ambulances—helicopters that fly unarmed into combat zones to pick up the wounded.

“I couldn’t imagine anything that would make me want to get up out of bed every day and be the strongest, most capable person I possibly could other than the idea of rescuing the wounded like that,” Scanlon says. So the day after she handed in her dissertation, Scanlon signed up for the Rhode Island National Guard.

Scanlon began as an aircraft power plant repairer, inspecting and maintaining helicopters like Black Hawks and Chinooks, and was deployed to Iraq. She recently began a year of flight school, after which she will be a Black Hawk pilot.

When Scanlon finishes her flight training, she will work full-time as a planetary geologist. Then, once a month to once a week, she’ll fly helicopters and help out in emergencies as part of the National Guard. Scanlon says studying planetary geology allows her to explore planets whether or not she ever makes it to space.

“The combination of a full-time research job in which I explore space with satellites and rovers, and a part-time job repairing and soon to be flying helicopters,” she says, “gives me a chance to live that childhood dream of being an astronaut.”

At Brown, Scanlon’s research focused on ice melts on early Mars. She studied glacio-volcanic landforms, which occur when lava comes into contact with ice. She also studied climate models for ancient Mars and related them to the locations of present-day dried-out lakes and rivers on the planet.

Scanlon’s work took her to Iceland to examine its Mars-like landforms up close and to western Australia to look at Earth’s oldest microbial fossils (dating back 3.5 billion years). Much of the motivation behind the work is to determine if Mars ever supported life.

While some might think of the military and academia as strange bedfellows, Scanlon says she has benefited from her two paths.

“Rather than stifle my creativity as a scientist, the military has given me the discipline to wring more out of my day,” says Scanlon. “I accomplish more before 7 a.m. on an average day now than I used to before lunch.”

Reader Responses to Eye on the Sky