Working Smarter
Operational excellence may not always grab headlines. But when it builds community... we’re all rewarded.

Brown has ambitious goals: attracting intellectually curious, highly-motivated students regardless of ability to pay; recruiting star faculty members; and providing world-class resources—from libraries to laboratories—that support our mission of advancing knowledge in the service of society.

Brown pursues these goals at a time when the higher education financial model is under pressure. Success requires careful financial management and thoughtful use of scarce resources.

Growing the endowment is a key part of building a sustainable financial model. Thanks to the work of our talented investment team, Brown’s endowment realized a 13.2 percent return last year and grew to an all-time high of $3.8 billion. Fundraising, too, is vitally important, and last year Brown broke all prior fundraising records.

Equally important is watching every dollar we spend. In recent years, Brown has pursued operational excellence—or what could be called “working smarter”—in ways large and small to become a better-run university. 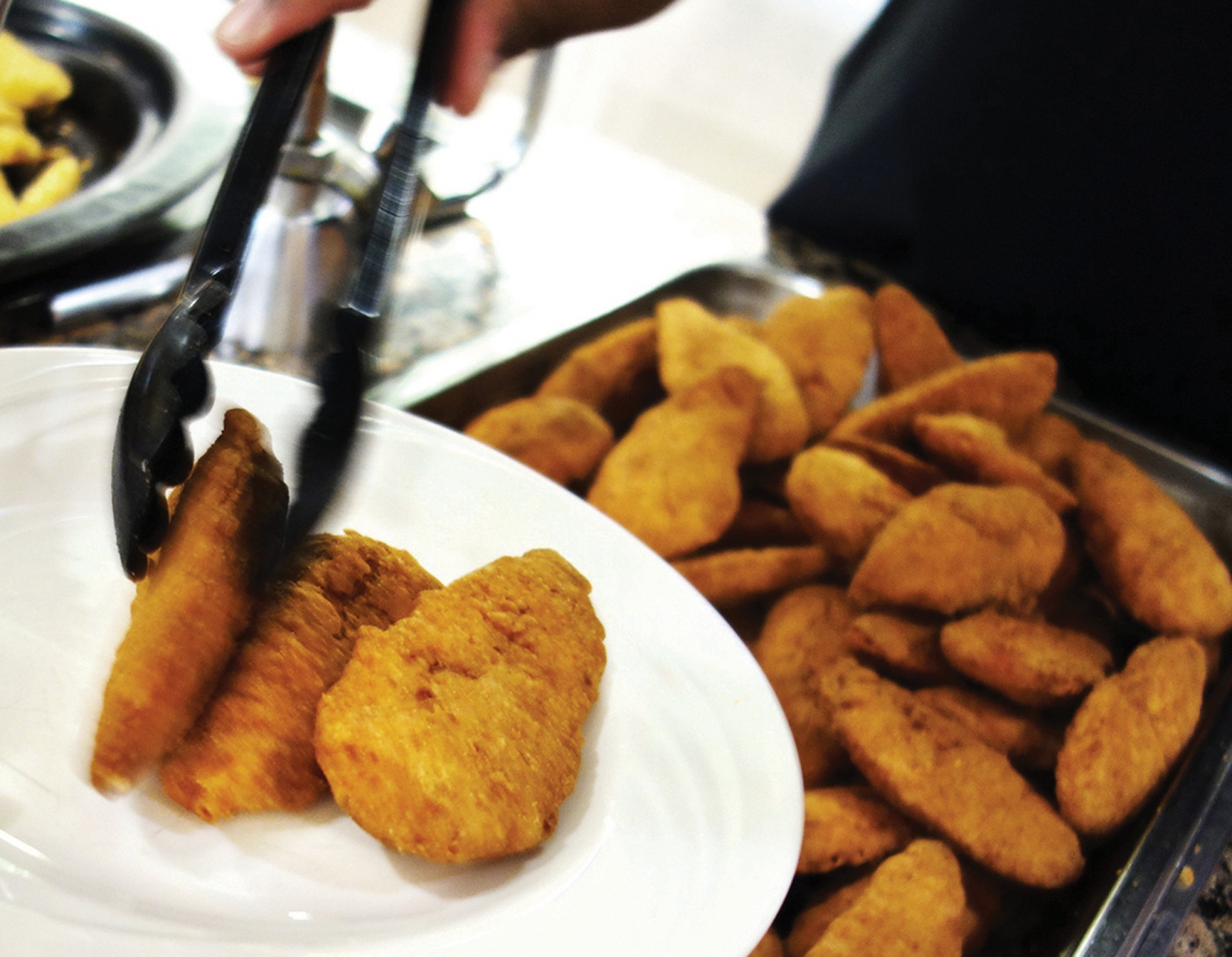 Much has changed at Brown Dining, but not Chicken Finger Fridays. PHOTO: FRANK MULLIN

For example, we have increased efforts in strategic sourcing on everything from pens to computers to furniture. In the past three years, we have saved more than $7 million on procurement, freeing up resources for other priorities, like financial aid, new faculty, or student internships.

We have also battled “administrative bloat.” Although the faculty and student body have grown over the past five years and many units have been restructured to better serve the Brown community, the total number of administrators has barely risen.

Some years ago, Barbara Chernow ’79 returned to Brown as executive vice president of finance and administration. Among her first tasks was an assessment of student dining. Upon visiting the Ratty, she concluded that little had changed since she was a student. The tables, salt and pepper shakers, and menu were the same. “Isn’t that great?” one staff member asked.

It wasn’t great. Students were not enthusiastic about the dining experience. Food waste was excessive. Employees were disengaged and dishing up the same turkey, potatoes, and brown gravy Barbara had been served in 1975.

Meetings with dining staff resulted in agreement that changes were needed, like culinary goals, new menus, and improved spaces. We began working with new vendors and service providers.

Today, Brown Dining boasts culinary expertise, eclectic menus, more professional development opportunities, and the use of locally produced and less-expensive ingredients. Dining employees compete to see which eatery can come up with the coolest new food idea. Students are enjoying the offerings. And Brown’s dining halls are revitalized centers of community life.

There’s a second benefit to operational excellence: It creates alignment that infuses our operations with the same creative, innovative, and agile mindset that drives academics at Brown.

When we moved several departments to South Street Landing a year ago, concerns about filling the new open work environment with scores of file cabinets prompted conversations about archiving and record retention.

While a focus on records-retention policies and practices may sound yawn-inducing, it allowed more administrative offices to fit, opening up much-needed space on College Hill for the Carney Institute for Brain Science, the Annenberg Institute, and other academic departments.

Operational excellence may not always grab headlines. But when it builds community and advances University priorities, we’re all rewarded. It means that staff, faculty, and students are constantly seeking ways to make Brown better.

Of course, sometimes, it means not changing things. And that is why, amid the many changes at Brown Dining, Chicken Finger Fridays live on.