Neither Snow Nor Gloom of Night
Papa’s Lunch Truck 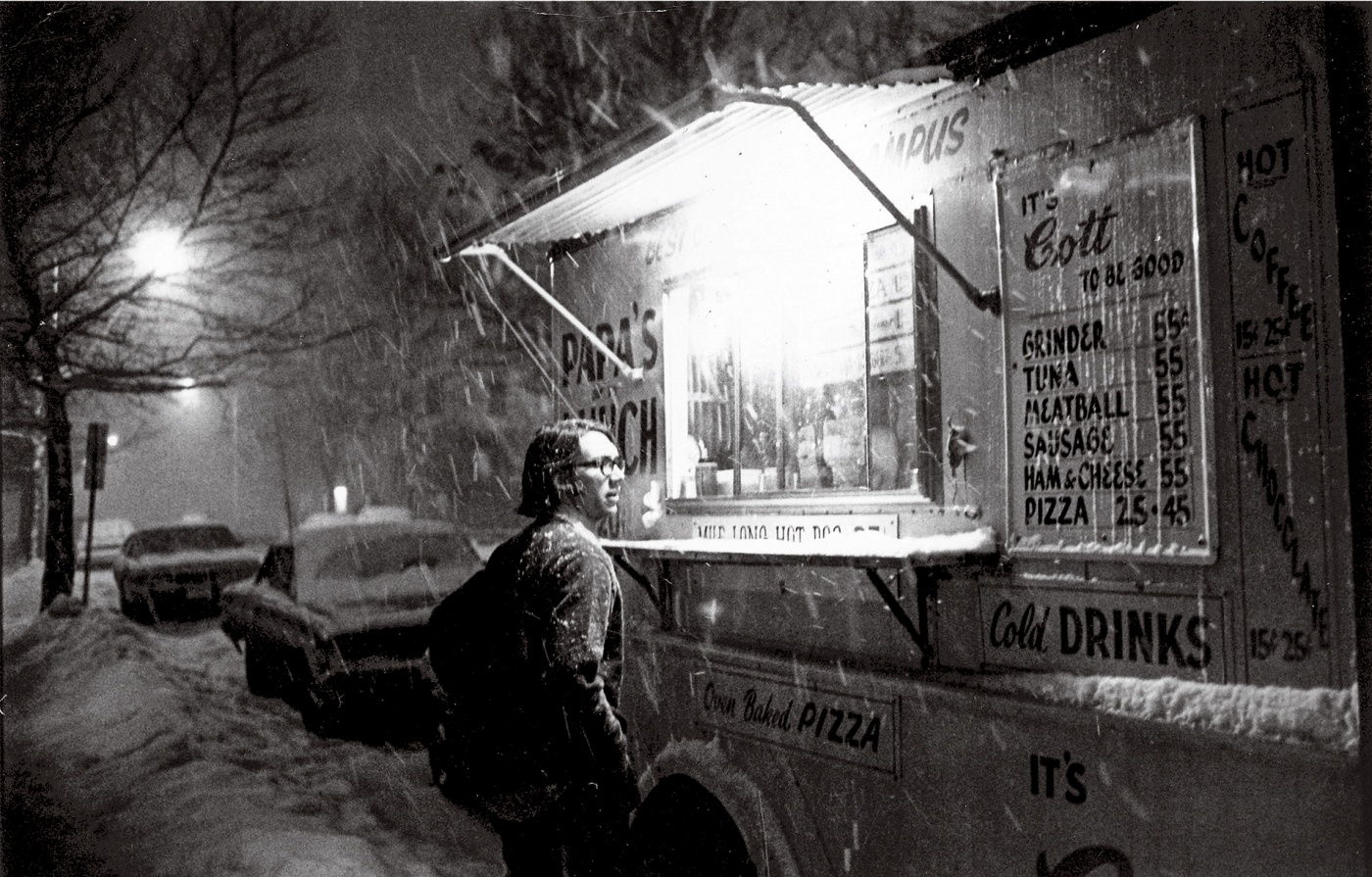 Neither snow nor gloom of night stopped Papa's Lunch Truck from serving up its 55-cent grinders in this wintry photo from Brown's archives. The image is undated, but we're guessing sometime in the mid-1960s from the prices and the soda slogan, “It’s Cott to be good!” Papa's was a good gig for hungry students and we heard from several alumni who worked there, including Don McGinnis '70, whose hair caught on fire working the line one night (a friend swiftly put it out). These days, food trucks line up on Waterman and Thayer, but the national trend wasn’t exactly a revelation for Brunonians—Haven Brothers has been operating since 1893. In fact, some see Providence as the birthplace of the modern American food truck: back in 1872, Walter Scott parked a horse-drawn covered wagon in front of the Providence Journal building and served sandwiches, pies, and coffee out of windows he cut into the side. “You can trace this whole industry to him,” Richard J. S. Gutman, director of the Culinary Arts Museum at Johnson & Wales University, told the New York Times in 2014.

Lunch truck revisited We’d like to thank Philip Lu ’72 and Mark Lacedonia ’73, who both identified the student standing at a snowy Papa’s Lunch Truck in last issue’s archival photo. It was Mike Dick ’73, who sadly passed away in June 2016 after a career in politics and law. “Mike was a classmate and also a very good friend,” writes Lacedonia. The year, he adds, would have been 1969 or 1970. The tradition: The time-honored seeking of pizza for a freshman study session.

Reader Responses to Neither Snow Nor Gloom of Night