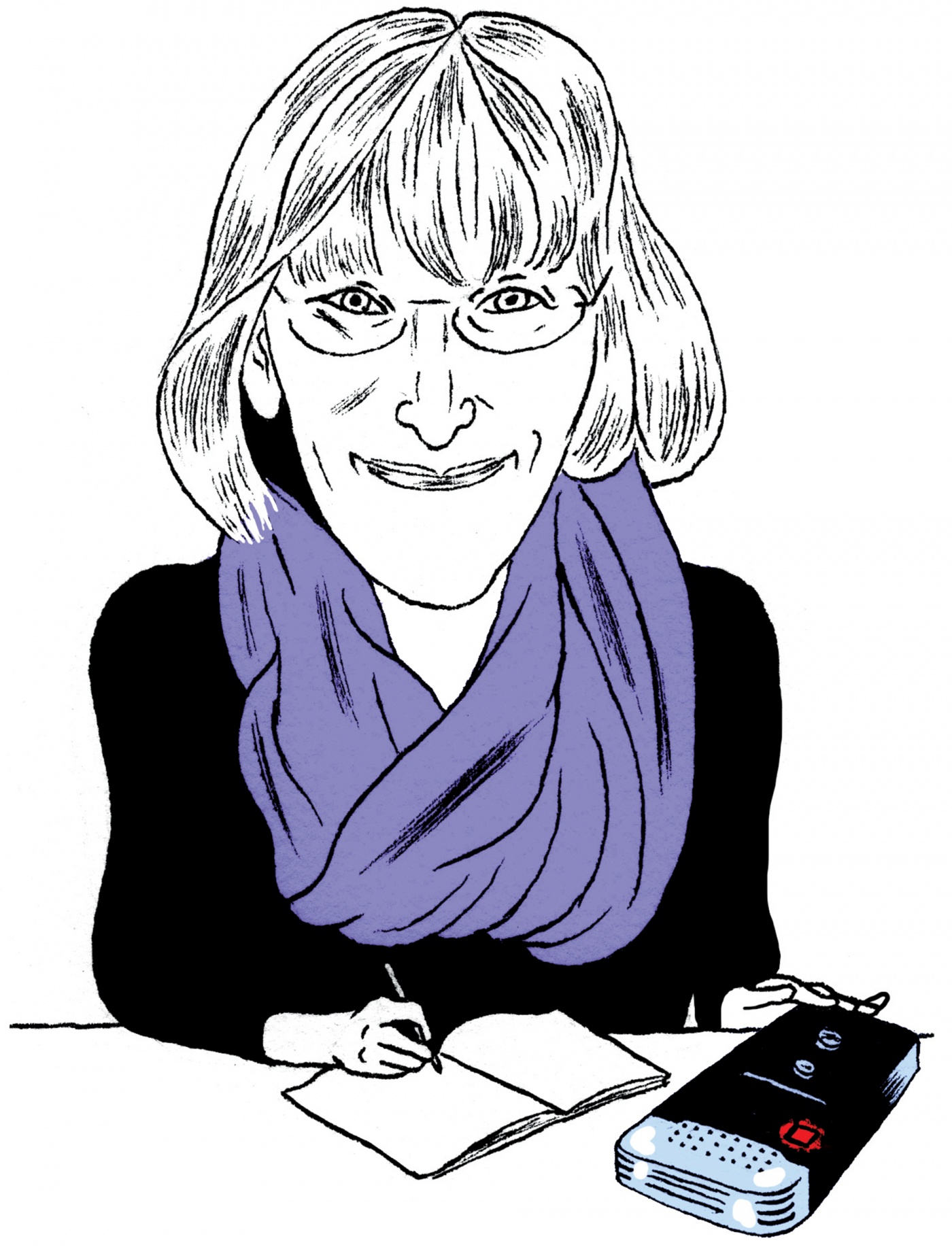 Assigned to be a mentor to Rodney Allen, Susan Greenfield ’83 saw an upbeat guy who found delight in life’s small joys. The two were partners in a life skills empowerment program run by New York Catholic Charities, and despite coming from different backgrounds—Greenfield taught English at Fordham, while Allen was formerly homeless—they connected easily over growing up in Queens and sharing a love of 70s rock music. Allen’s spiritual transformation and resilience awed Greenfield, and she felt as if she was the one learning from him in their conversations. Then one day Allen asked for her help in writing his life story.

“He started talking about his life, and I was absolutely transfixed,” Greenfield says.

Though coming from an “almost middle class” background, Allen slipped into a dark spiral following the deaths of his mother and brother. Along with other difficulties in his life, the weight of numbing grief and depression pinned him to a Manhattan bench for months, until a friend convinced him to visit a nearby church, leading Allen to get a job and eventually his own place to live.

“When I wrote about everything I went through to uplift myself, I started believing more and more because I was living proof it could be done,” Allen says.

In Allen’s program everyone shared their stories with each other. But to Greenfield’s dismay, these moving, poetically told narratives were never formally recorded or archived. She decided to help change that. Working closely with an informal advisory board—the program directors and several formerly homeless people—Greenfield began to compile a series of first-person life stories and reflections from successful graduates of the program. The collection, edited by Greenfield and titled Sacred Shelter: Thirteen Journeys of Homelessness and Healing, was published in December.

“When you can look back on your life and narrate it, and be in a position of author,” Greenfield says, “it can be kind of therapeutic to impose a sense of order and control and meaning…and also to have people to listen.”

Over the course of a year, Greenfield recorded hours of interviews with each participant, then carefully arranged and shaped their stories. Everyone had the opportunity to review and revise their narratives. Though the stories focused on individual experiences, Sacred Shelter also reveals the impact of structural inequalities that exacerbate the conditions leading to homelessness. Most of the participants were people of color exposed to drugs and violence at a young age in areas experiencing urban blight. All but one of the women experienced sexual abuse. While each story is gripping, Greenfield emphasizes that the goal is not to romanticize suffering, but rather to highlight the strength and perseverance it takes to overcome the challenges of homelessness.

“I’ve learned that it’s possible for people who on the surface don’t seem to have much in common to find strength and hope together,” Greenfield reflects. “And I’ve learned about how powerful people who have struggled and suffered can become.”

Reader Responses to Finding a Home

Having worked with Susan [Greenfield ’83, with homeless people] for a number of years, I’m so pleased to see her own story shared with the Brown community (“Finding A Home,” Beyond the Gates, May/June). The work is indeed sacred. We are all in this together.