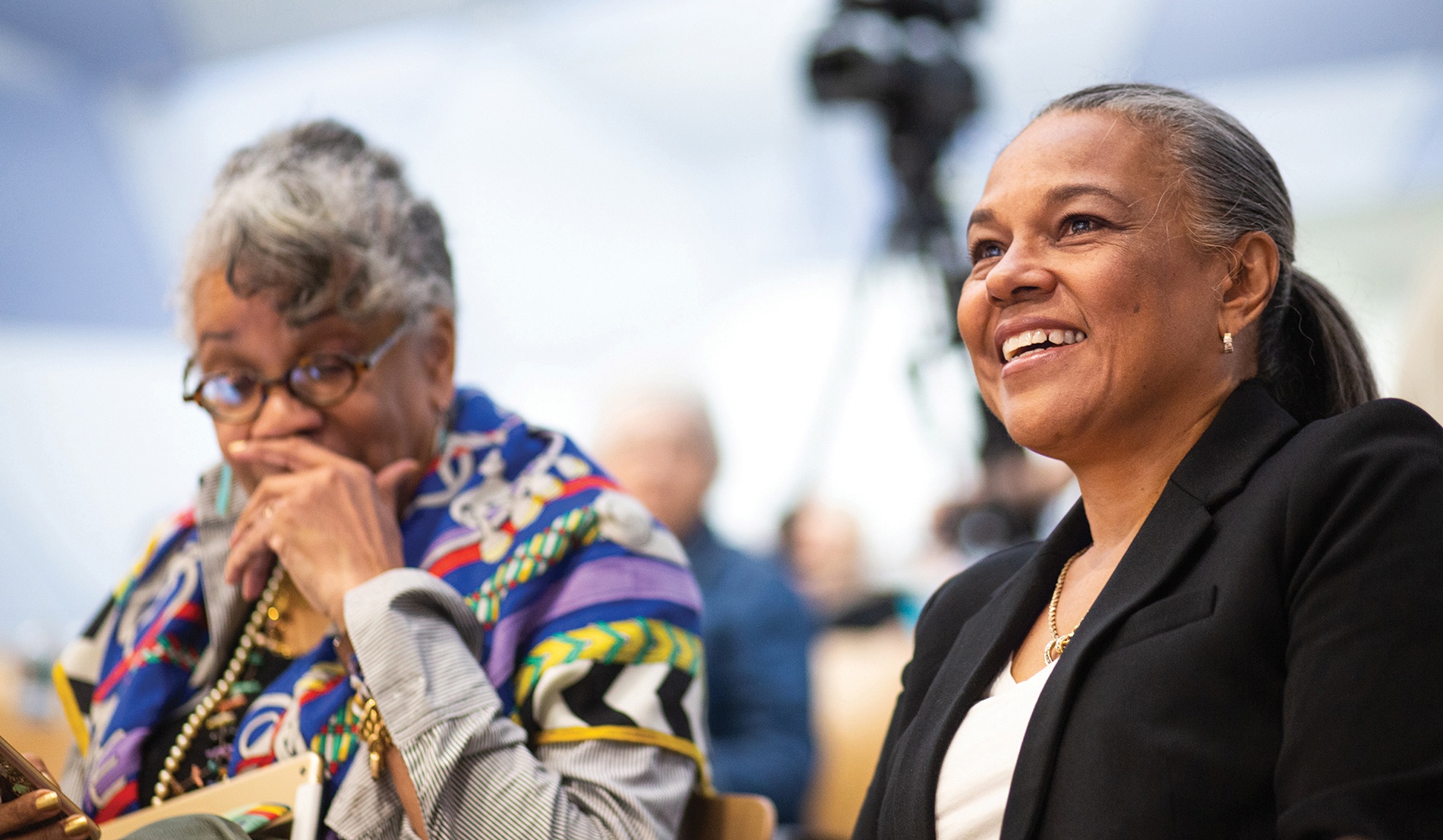 “It’s real simple, ” said culinary historian Jessica B. Harris, as she looked out at the audience during “Memory Dishes,” a Commencement Forum moderated by Johanna Obenda, ’19 AM. “Food studies has become much lauded in academic studies,” she says, “because without it, we die.”

Obenda curated the corresponding art exhibit for the Center for the Study of  Slavery and Justice. Memory Dishes, open through October 31, highlights the cooking practices of six families from Rhode Island, following the oral tradition of passing down recipes and family histories from woman to woman. The families featured in Memory Dishes have roots in different parts of the African diaspora, from the American South to Haiti, Jamaica, the Dominican Republic, and Cape Verde.

Culinary traditions in the exhibit include weekend fish fries, a celebratory meal that dates back to slavery, and concón, a Dominican fried rice dish similar to Nigerian kon kon. Concón is a favorite of Deliana Alcantara, a schoolgirl in Providence. Alcantara is quoted in the exhibit as saying she likes the cooking “tricks” she’s learning from her grandmother, Maria: “She’ll tell me, ‘I did this when I was younger, you should do this.’ She’s passing her culture to me.”

In the forum on Saturday of Commencement weekend, Obenda, Harris, and award-winning food and nutrition journalist Toni Tipton-Martin engaged in a wide-ranging discussion about the academic and cultural significance of food, how recipes are communicated, and how home cooking connects a vast and diverse diasporic people across generations. 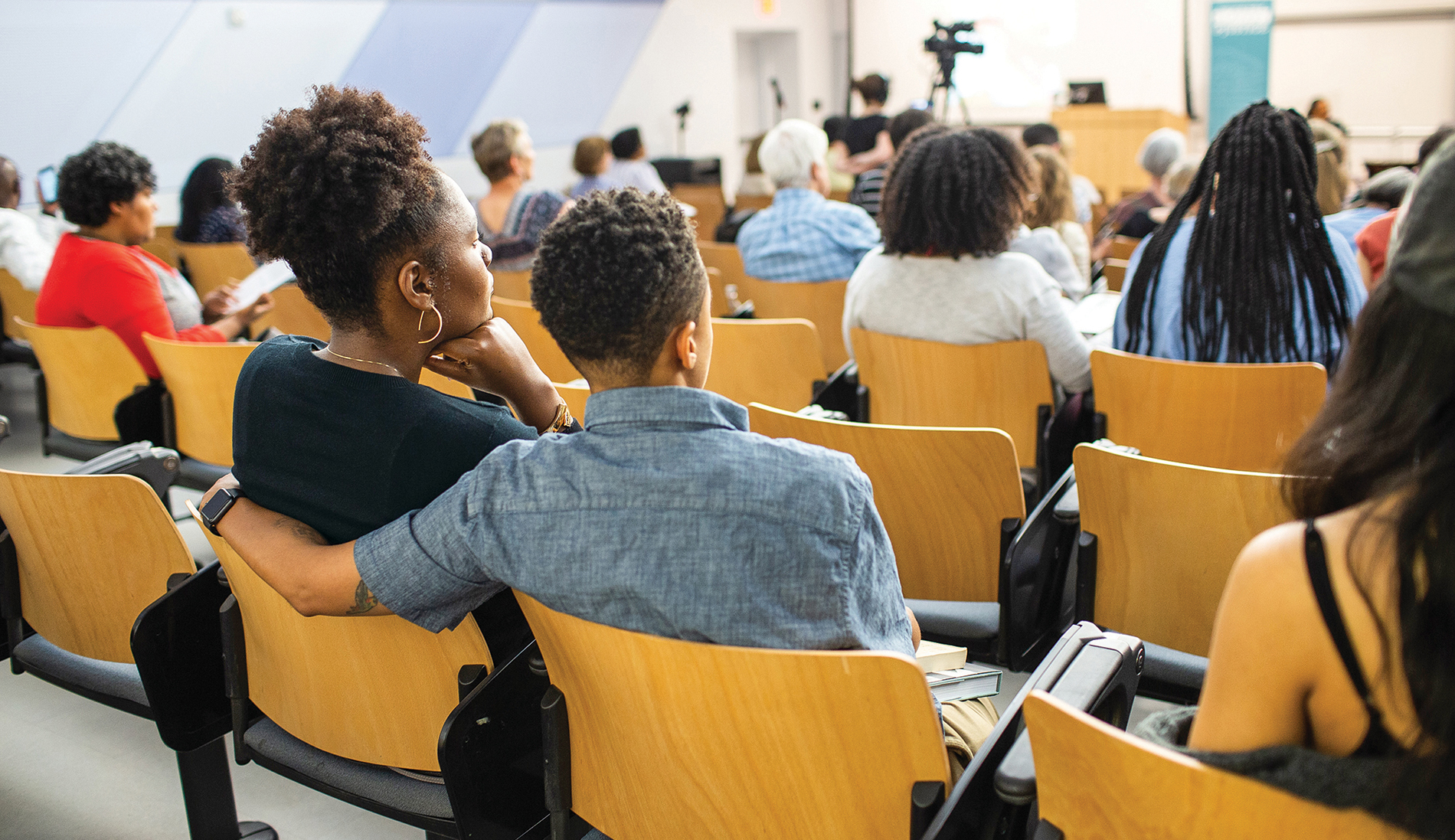 In 2012, Harris, who recently retired as a professor of English at Queens College, was asked to curate the cafeteria of the Smithsonian National Museum of African American History and Culture, where they wanted to make food part of the museum. “The cafeteria became a jazz riff,” she says. “If we look at regions, we have a whole different way of thinking about African American food.” As a result, the regions that worked their way into her curation included the agricultural south, the coastal south, the north (both mythic and geographical), and the rest.

Tipton-Martin started her career collecting cookbooks written by African American women, work that resulted in The Jemima Code, a book that highlights more than 150 of these cookbooks, going as far back as an 1827 house servant’s manual. African American women who cooked in American kitchens were either considered illiterate or natural-born geniuses, she said, and nothing in between. By highlighting their written works, Tipton-Martin wanted everyone to see these women as individuals.

But museums and books aside, all of the women on stage continue to return to the oral tradition of passing along food and recipes, as highlighted in Obenda’s exhibit. The oral tradition is very important, says Harris. “Africans, in general, are people of the word. We love the word. That’s why our recipes have been maintained orally.” Tipton-Martin agrees. “Cookbooks are the preservation and expression of the oral tradition,” she says. —Molly Birnbaum ’05