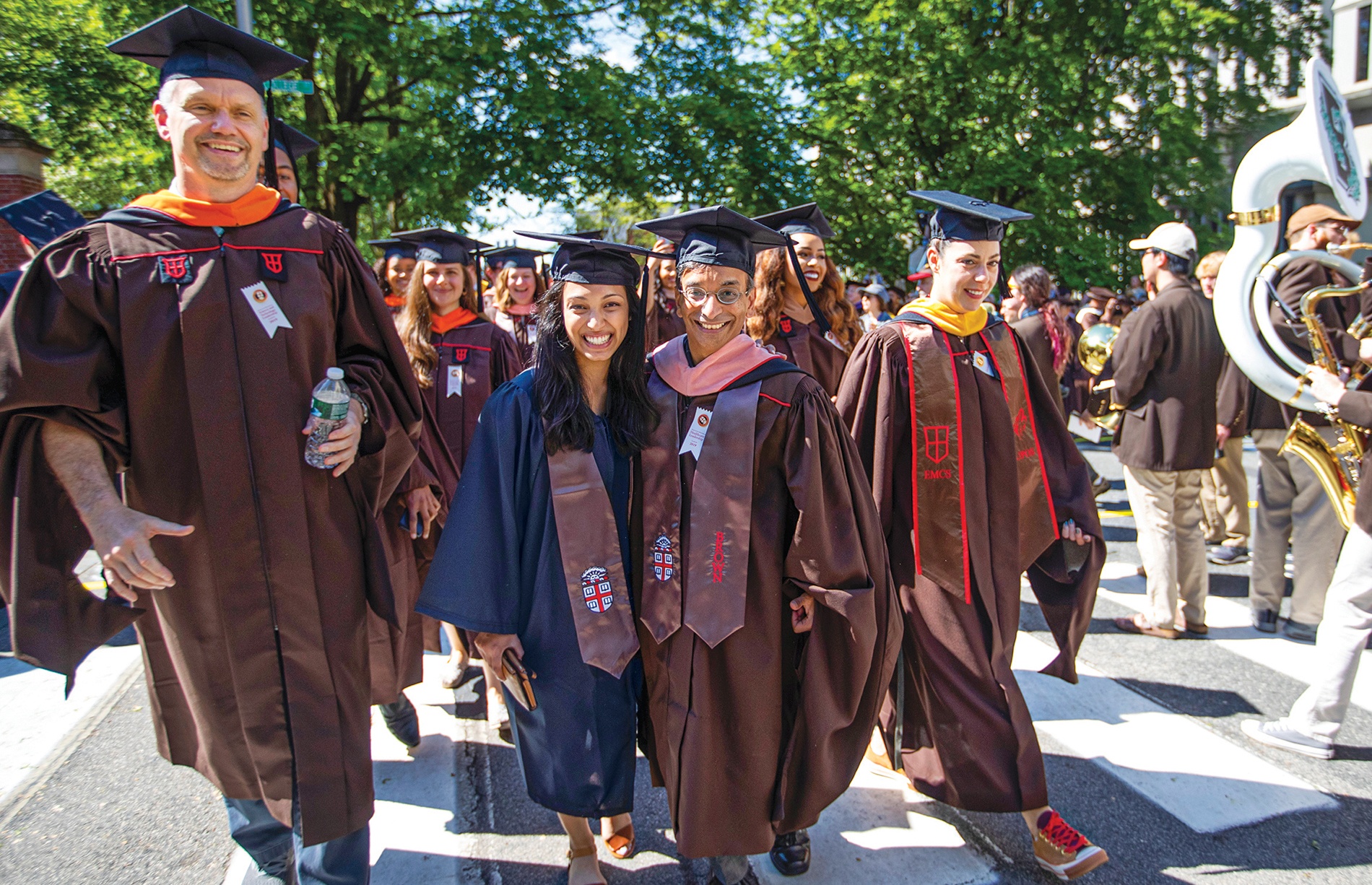 Through the Gates, Together
Father-daughter grads

As a high school student in Harrisburg, Pennsylvania, Dasa Gangadhar ’19 EMHL dreamed of graduating from Brown.

More than three and a half decades later, Dr. Gangadhar finally fulfilled that teenage dream—just in time to graduate alongside his daughter.

After 24 years as a practicing physician, Gangadhar was ready to pursue a new path, he said —one that would allow him to play a broader role in transforming American healthcare. After his daughter, Megha Gangadhar ’19, enrolled at Brown as an undergraduate, he was inspired to apply to the University’s Executive Master of Healthcare Leadership program.

“The program allowed me to fulfill my dream of attending Brown, follow a path for which I have great passion, and spend more time with my daughter,” he said. “What more could a father ask for?”

On Sunday, May 26, the pair were among nearly 3,000 graduates, 3,500 alumni, and hundreds of faculty and staff who braved the heat to participate in Brown’s Commencement procession. By special arrangement, father and daughter were able to walk through the Van Wickle Gates side by side.

Reader Responses to Through the Gates, Together