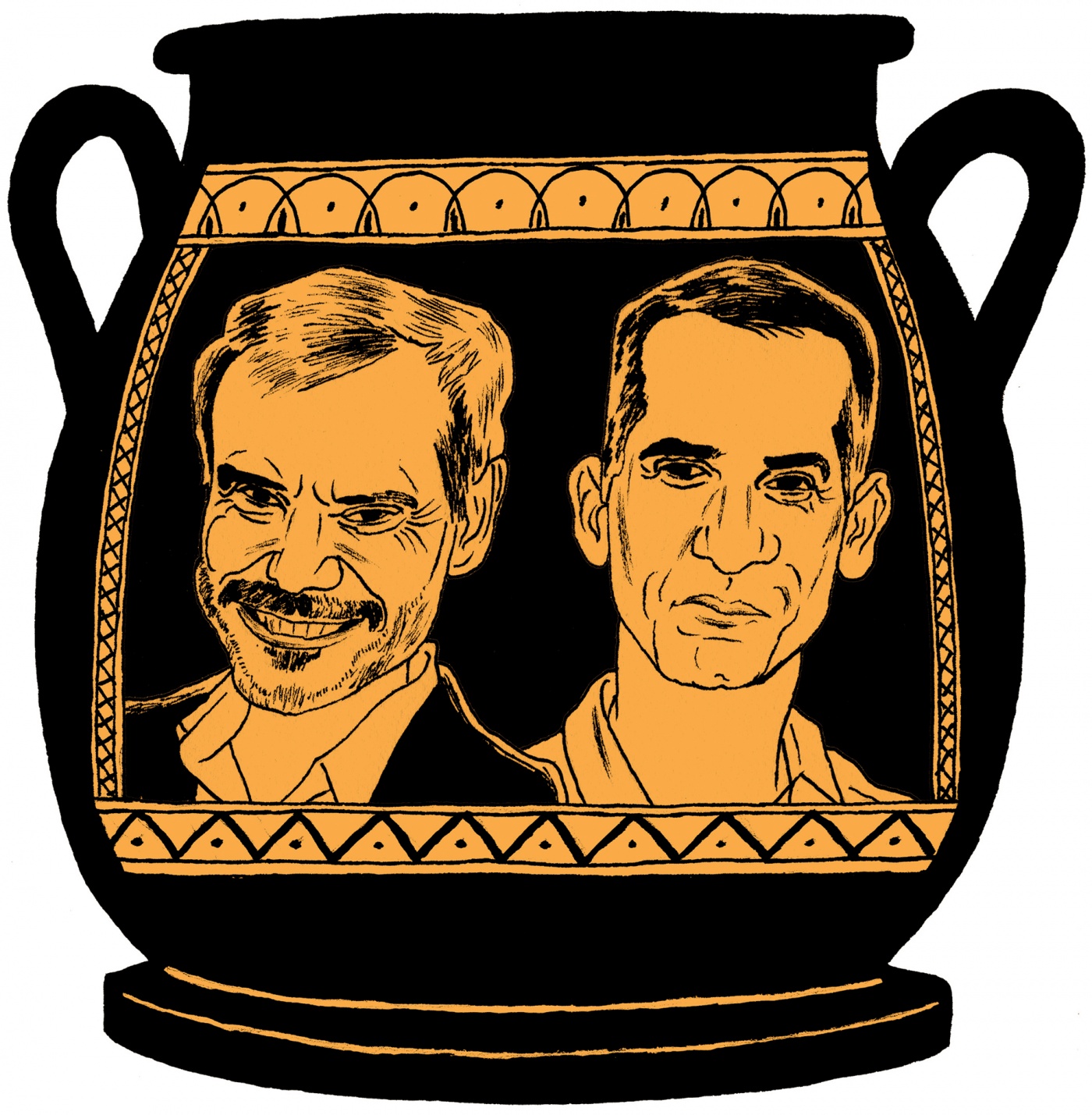 Greece’s two largest cities have elected mayors with ties to Brown: Kostas Bakoyannis ’00 will serve in Athens, and Konstantinos Zervas ’89 ScM was chosen in Thessaloniki. Both took office on September 1.

Bakoyannis (right, above), an international relations and history concentrator at Brown, was elected Athens’s youngest mayor at 41. He comes from a political family that’s been compared to the Kennedys: his grandfather was prime minister; his mother, Athens’s first female mayor and later minister for foreign affairs and culture; his father was an MP who was assassinated when Bakoyannis was just 11; and his uncle is the current prime minister. He dismisses being part of a dynasty, pointing to his years in the trenches as mayor of a small mountain town and later as a regional governor, and says he’s rooted in the present and in improving day-to-day life for residents of Athens.

Zervas (left, above) came to Brown for graduate engineering work and has made sustainability and environmentalism signature issues. He’s been involved in civic activities in Thessaloniki, his hometown, since the 1990s, helping build a basketball arena and a subway system, and serving as city councilor and vice mayor for Quality of Life and Sustainable Mobility. As deputy mayor, he established the Greek Green Cities Network. His support for sustainable development, he says, “was strongly reinforced by the culture at Brown.”

Zervas says he spoke briefly with Bakoyannis post-election and, while the Brown connection is a coincidence, “we really have a lot of common goals.”