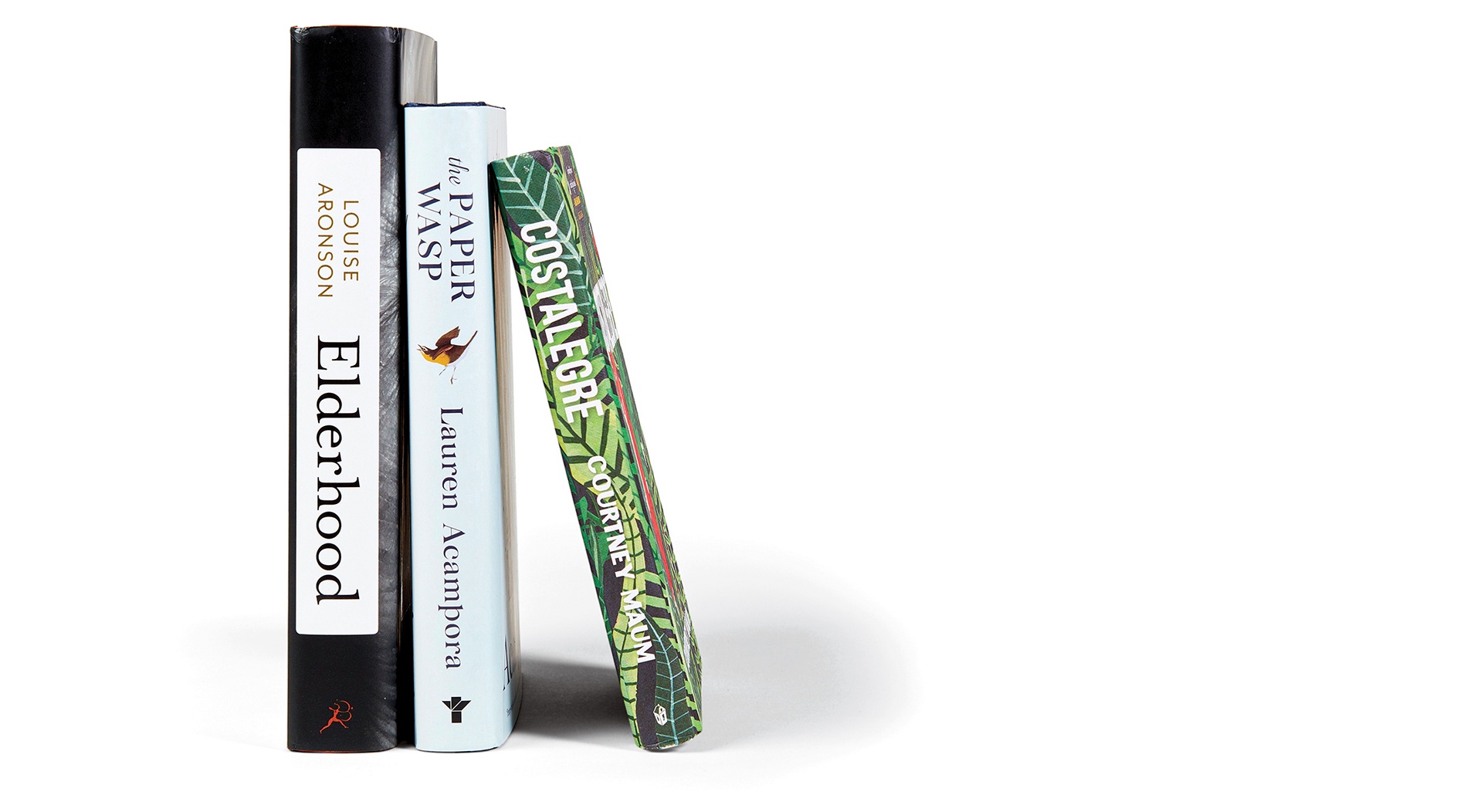 In this mix of memoir and reportage, Aronson, a geriatrician and professor of medicine at the University of California San Francisco, sifts through her experiences as a physician to highlight the many ways our medical system makes life harder for the elderly. What Aronson (A History of the Present Illness) convincingly argues for here is a shift in the way society and medicine view old age, so it’s not seen as simply a straight-line decline but a separate phase of life—like childhood and adulthood—with its own challenges and rewards.

Abby Graven, a brilliant, dreamy artist, felt stranded back in Michigan after her eighth-grade best friend Elise Van Dijk headed off to Hollywood on a rocket sled to stardom. When they meet again at a ten-year high school reunion, Elise casually suggests that maybe Abby should come to Los Angeles and be her assistant? After Abby books a flight and shows up unannounced, things get a little twisted. In this debut novel, Acampora
(The Wonder Garden) takes a vivid, nuanced look at ambition, art, and fraught relationships, one that sparkles from sentence to sentence.

It’s 1937 at a resort on the coast of Mexico where Leonora Calaway, an art-collecting heiress, has spirited away a cache of avant-garde writers and painters who are fleeing Hitler’s rise in Europe. We’re seeing this through the diary of Lara, Leonora’s 14-year-old daughter, a painter who dearly misses her distracted mother. This is Maum’s third novel (following I Am Having So Much Fun Here Without You and Touch), and the narrative, loosely based on the story of Peggy Guggenheim and her daughter, Pegeen, is a spare but convincing glimpse into a young life surrounded by celebrity and shaped by longing.

The Creative Underclass: Youth, Race, and the Gentrifying City by Tyler Denmead ’98 (Duke)

Educating Harlem: A Century of Schooling and Resistance in a Black Community, ed. Ansley T. Erickson ’95 and Ernest Morrell (Columbia)

Runaway Genres: The Global Afterlives of Slavery by Yogita Goyal ’00 AM, ’03 PhD (NYU)

Opening the Gates to Asia: A Transpacific History of How America Repealed Asian Exclusion by Jane H. Hong ’06 AM (UNC)

Give a Sh*t: Do Good. Live Better. Save the Planet. by Ashlee Piper ’03 (Running)

Political Life in the Wake of the Plantation: Sovereignty, Witnessing, Repair by Deborah A. Thomas ’88 (Duke)

The Crime of Being by Alice Lichtenstein ’79 (Upper Hand)