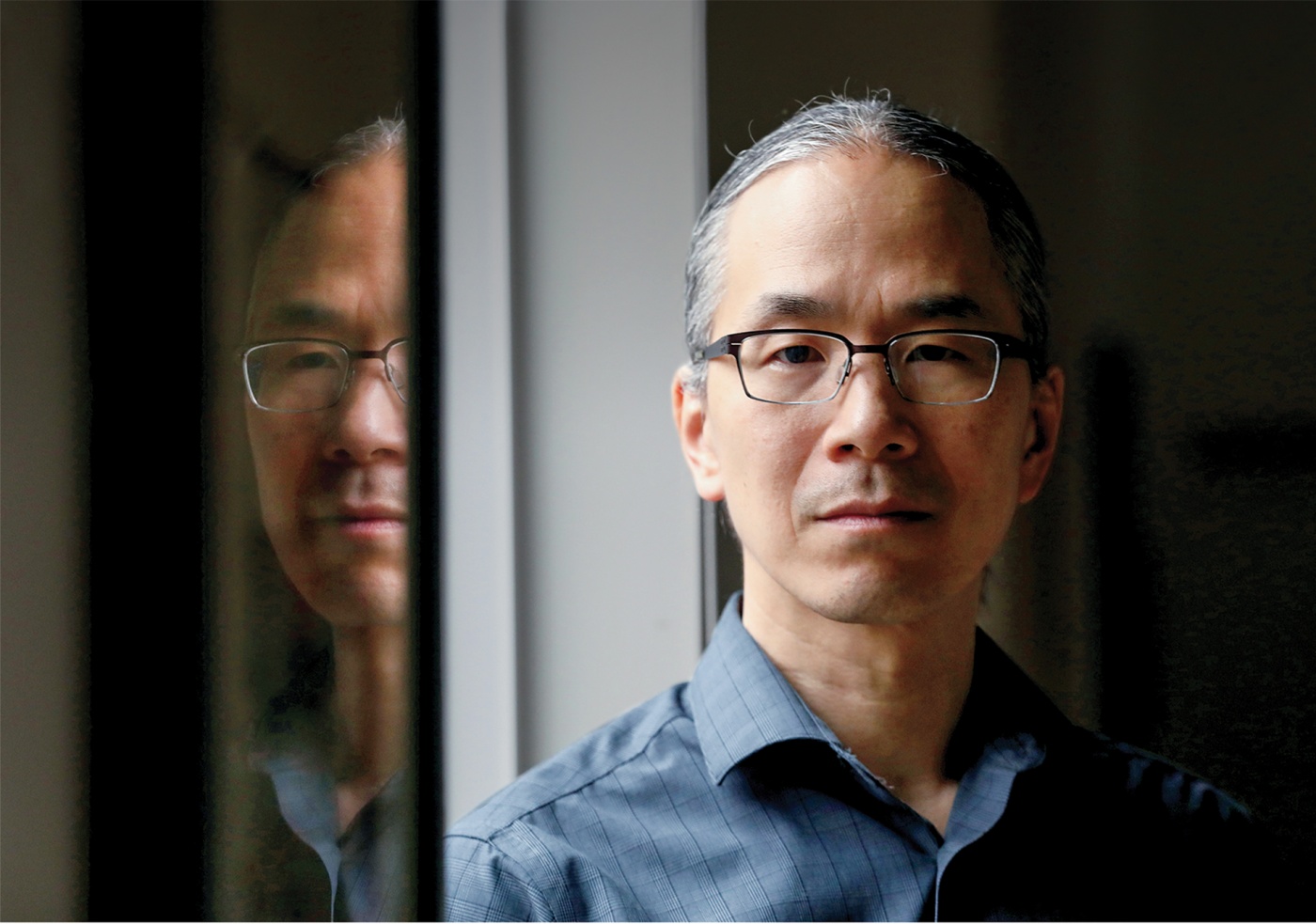 Compared to a writer such as Stephen King or the hyper-prolific science fiction icon Isaac Asimov, the output of author Ted Chiang ’89 is minuscule—fewer than 20 stories since the first, “Tower of Babylon,” was published in 1990. Chiang’s stories have been collected in two books, Stories of Your Life and Others, published in 2002, and Exhalation, which came out last spring and was named one of the 10 Best Books of 2019 by the New York Times.

Yet Chiang has an outsized presence in the science fiction world. He has won every major science fiction award on the planet (and possibly off), including four Nebula Awards and four Hugo Awards.

Chiang became better known to the general public in 2016, when one of his works, “The Story of Your Life,” was adapted into the Oscar-nominated movie Arrival, starring Amy Adams as a linguist trying to decipher an alien language. By learning that language, one’s perception of time is altered to create a simultaneous knowledge of past, present, and future. Although the movie creates suspense about a potential war between aliens and humans, Chiang’s story is about the intersection of language and knowledge, a favorite theme of his work.

Additional adaptations are in the works. Cable network AMC has announced Arrival screenwriter Eric Heisserer is working on a script based on “Liking What You See: A Documentary,” in which a medical procedure can alter the way we perceive beauty. The Washington Post reports two other Chiang stories, “The Merchant and the Alchemist’s Gate” and “The Lifecycle of Software Objects,” are under development.

A computer science major at Brown, Chiang’s ideas come from sources as varied as the Old Testament and quantum mechanics. No matter how bizarre the concepts, in Chiang’s stories they play out in concrete, logical ways. He creates worlds in which the Babylonians actually do build a tower that reaches heaven, or in which angels make earthly visitations, with roughly the effect of a tornado, or in which a time portal is invented in medieval Baghdad.

Reviewing Exhalation in the New Yorker, Joyce Carol Oates praised the “windowpane transparency” of Chiang’s writing, particularly paired with his sometimes-surreal ideas.  She compared him to Philip K. Dick, Jorge Luis Borges, Ursula K. LeGuin, and Haruki Murakami, among others.

Chiang, who declined an interview for this story, is reticent about his private life. He lives in the Seattle area and, according to the New Yorker, works as a technical writer in the software industry.

In the title story to Exhalation, an alien/robot scientist dissects his own brain to uncover an intricate pattern of tiny gold-foil leaves and air currents that create his consciousness. He also discovers that his race is doomed. Yet the story ends on a note of optimism, with a message to future explorers:  “Contemplate the marvel that is existence, and rejoice that you are able to do so.”

Stories of Your Life and Others on Amazon
Exhalation on Amazon