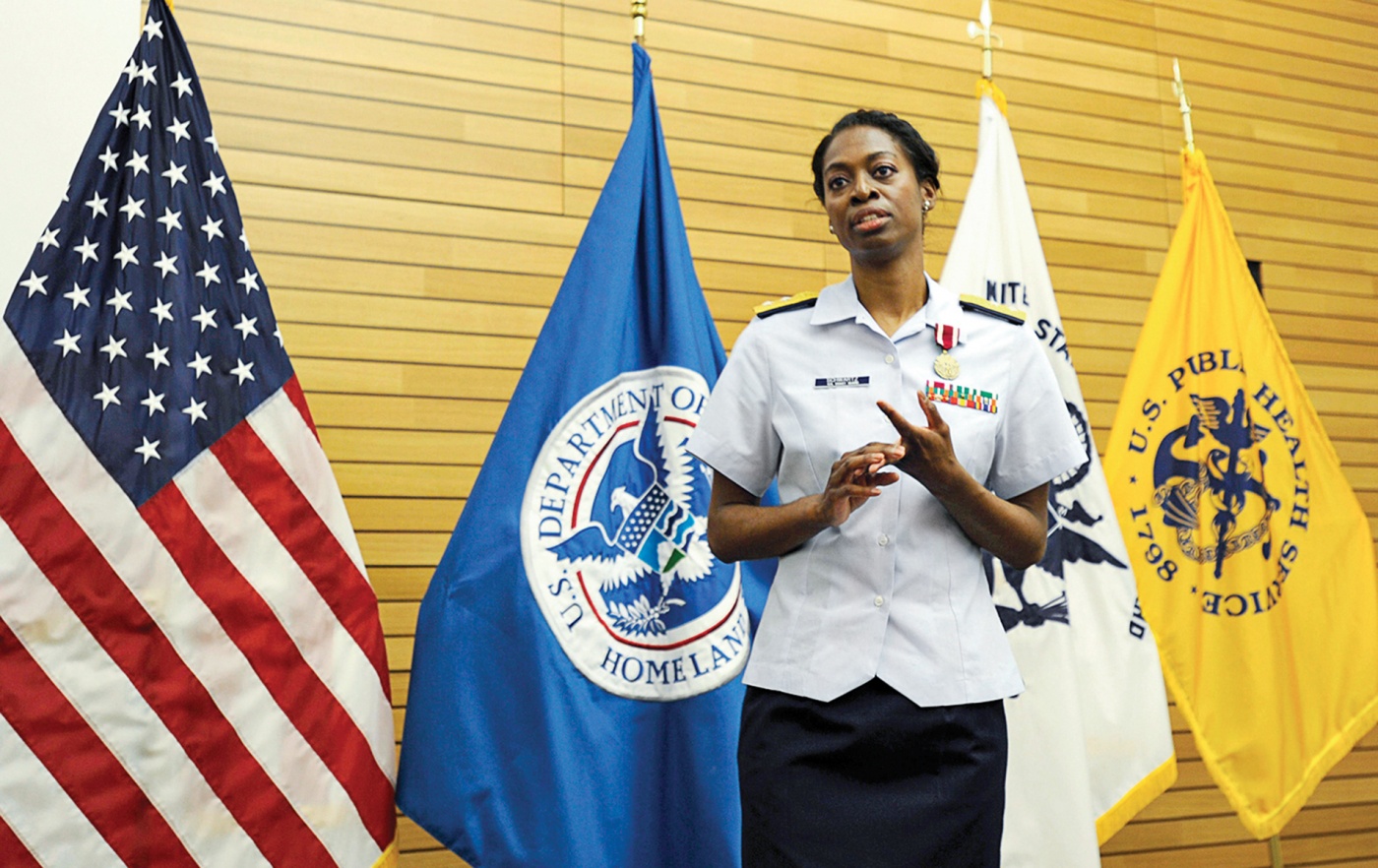 Part of Dr. Schwartz’s job has been to allay fears during public health crises.Photo: Kyle Niemi

After a 24-year career in uniform propelled her to the rank of chief medical officer of the U.S. Coast Guard, handling crises like the 2010 earthquake that devastated Haiti, Rear Admiral Erica G. Schwartz ’94, ’98 MD put in her retirement papers with big plans for civilian life.

Not for the first time, the brass had different plans for her. Just weeks before she was slated to retire in 2018, Schwartz got a phone call from U.S. Surgeon General Jerome Adams asking if she’d serve as his deputy and help run the 6,200-officer U.S. Public Health Service Commissioned Corps, which tackles major health issues such as the opioid crisis.

Schwartz didn’t have to think too hard. The sense of duty instilled by her father, a career Naval officer stationed in San Diego, has driven most of her career decisions, including enlisting in the Navy in 1994, the same year she got her biomedical engineering degree and started med school in Brown’s eight-year Program in Liberal Medical Education.

“My parents said we have two choices—go to college, but you have to figure out how to pay for it, or join the military as an enlisted person,” Schwartz recalls. She combined both, with the Navy helping pay her med-school tuition. She looks back fondly on her time on College Hill—working part-time and shuttling frequently between the Sci-Li and the Rock, where she studied for her minor in East Asian studies—as “a great opportunity to spread your wings.” She left not only with her med-school sheepskin but her husband, Dr. Daniel Schwartz ’98 MD, a classmate who’s now a bioethics patent attorney.

When Schwartz learned there was no real outlet in the Navy for her biomedical engineering talents, she quickly shifted gears and earned a master’s degree in public health—she’d later add a law degree from the University of Maryland—right as concern about issues such as flu pandemics was rising, and way before anyone dreamed of what the coronavirus might do.

She transferred in 2005 from the Navy to the U.S. Public Health Service Commissioned Corps and worked with the Coast Guard on many of the major health issues of the 21st century. After 2010’s massive Deepwater Horizon oil spill in the Gulf of Mexico, Schwartz was on the front lines, making sure clean-up workers had the right gear and allaying their concerns about exposure to toxic oil dispersants.

With her promotion to Deputy Surgeon General, Schwartz essentially serves as the Commissioned Corps’ chief operating officer, while supporting Adams in improving mental health services, fighting public health crises, and convincing companies to invest in the health of the communities where they’re based.

When her mission calls on her to speak publicly, she typically invokes her own experiences as an African American woman in engineering and at an Ivy League medical school.

“I certainly didn’t see a lot of people that looked like me,” she says. “If there’s anything that I’d want people to know, it’s that you can be anyone you want to be and do anything you want to do—and it doesn’t matter what your race or gender is.”