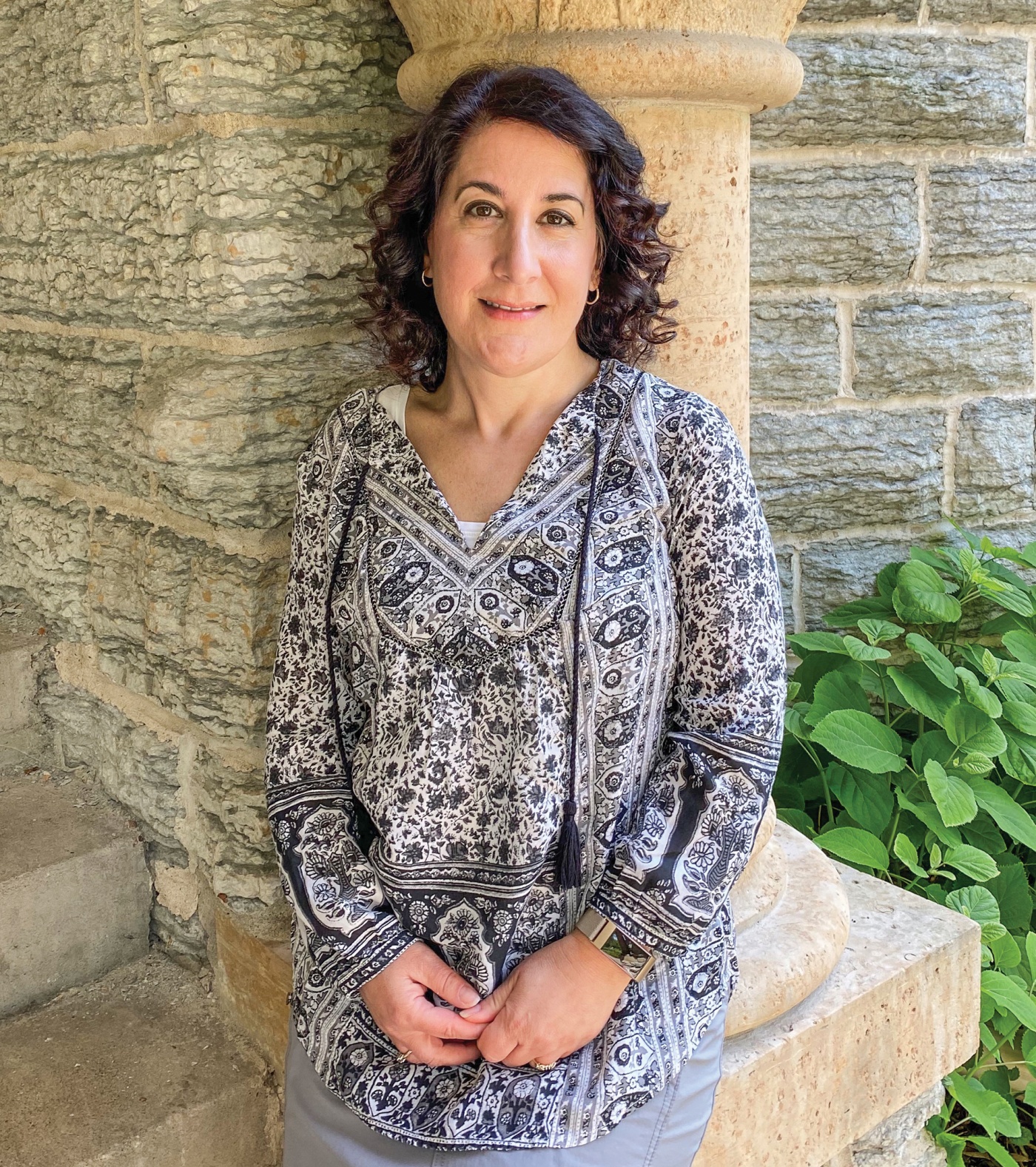 “It was like in Twister when everyone is driving away from the tornado except for Helen Hunt, who’s driving right into it,” jokes Suzanne Rivera ’91 on her late May road trip to St. Paul, Minnesota, to start her new job as the 17th—and both first female and first Latinx—president of Macalester College. The Twin Cities were literally aflame in the wake of the death of George Floyd beneath the knee of Minneapolis cop Derek Chauvin.

“By the time we got there,” says Rivera—who’d accepted the job offer in late January, both pre-protests and pre-COVID-19, and was traveling with her husband, fellow academic Michael Householder ’89, ’90 MAT—“both cities were in a state of grief and conflict had reached a fevered pitch. Arriving under those conditions was really surreal.”

But, says Rivera, an undergrad American Civilization major with a masters in social work and a doctorate in philosophy, the double challenge of pandemic and protests was merely a heightened version of why she’d been hired: “to focus on inclusion, diversity, and promoting the college’s longstanding commitment to multiculturalism and internationalism.” Macalester, she notes, was the first U.S. college to fly the U.N. flag and is also the alma mater of former U.N. head Kofi Annan. A top goal of hers? Substantially increasing the number of students from underrepresented backgrounds—mainly Black, Latinx, and Indigenous—including those from the Twin Cities area.

The moment she and Householder arrived, they joined a silent protest march organized by Black clergy. “We immediately wanted to find ways to plant our feet in this soil,” she says. She then directed Macalester to offer to reimburse students in the area for citations incurred while taking part in civil disobedience during the protests. “It was important for us to make a bold statement that protest is patriotic,” she says. Next up was the college pledging $20,000—and quickly raising from the community another $20,000—for local nonprofits addressing anti-Black racism.

Rivera also quickly found herself working overtime to figure out how to offer the college experience come fall in the era of COVID-19. “We’re currently committed to planning for an in-person experience even while knowing we may have to pivot if the best public health advice tells us so.”

She comes well prepared for the challenges, having served nearly a decade as vice president for research and technology management at Case Western Reserve University in Cleveland, which was also the employer of Householder—whom she met at Brown in 1988 at the inaugural meeting of Students on Financial Aid (SOFA).

Having grown up a private-school full-scholarship kid in the Boston area, she calls her cofounding of SOFA “totally about self-preservation” because she was so overwhelmed by the wealth she confronted at Brown. “But to the extent it helped change being first-generation/low-income from something to hide to a point of pride, I’m happy. We had to lobby the administration to keep the computer labs open all night because we had day jobs and no PCs of our own.

“It’s incredible to me that a campus where I felt so alienated being on financial aid is now where I have a child as a legacy student.” (She and Householder have two children: Antonio, who is 25, and Elena M. Householder Rivera ’22.) “A lot about the U.S. is unfair and unequal, but higher education can still be a ladder of opportunity for not just one person but their entire family.”

Reader Responses to Leading Amid Unrest