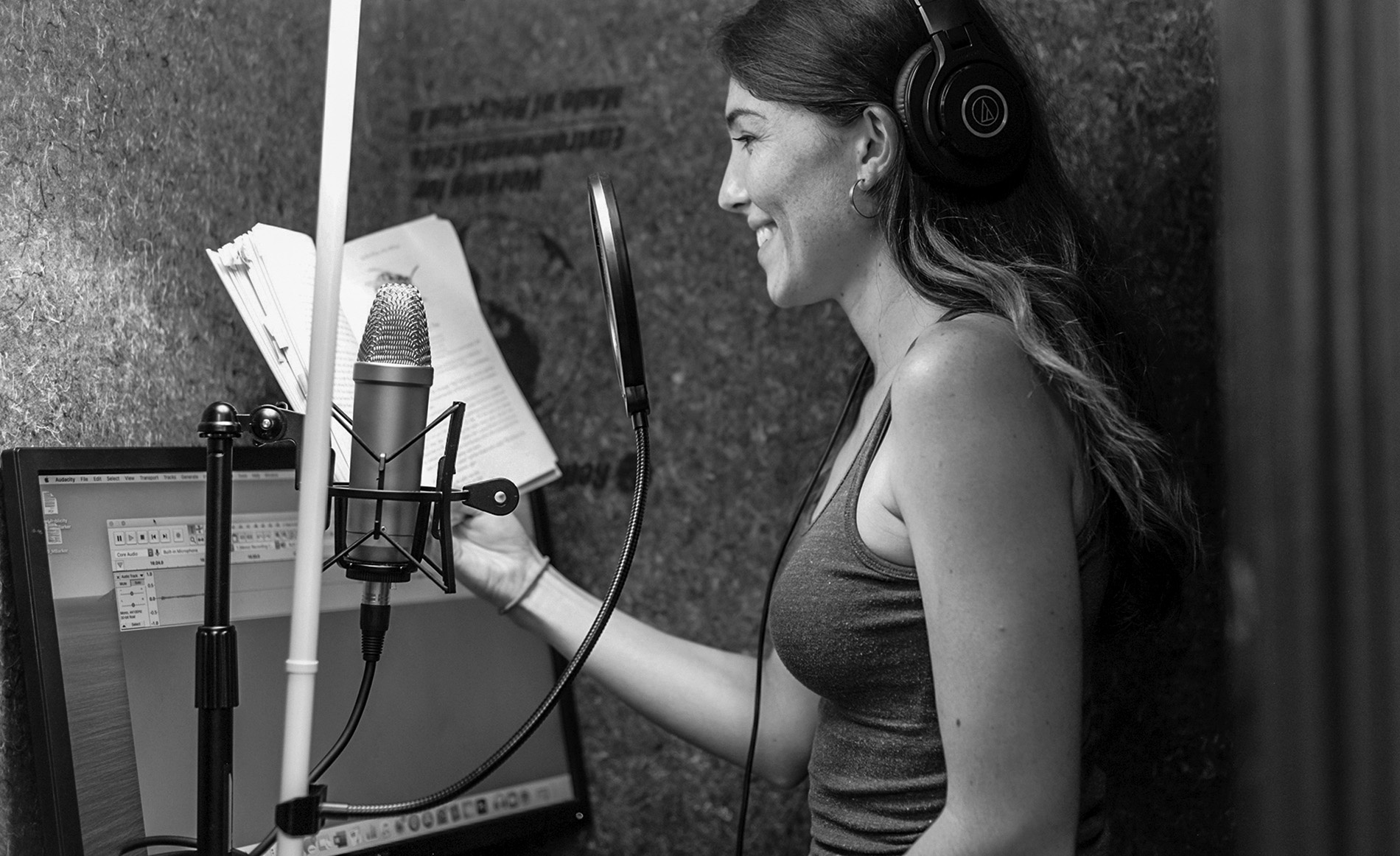 The Actress, the Mic, and the Wardrobe
Crisis, meet opportunity

When COVID-19 shut down virtually every facility in the theater world, Madeleine Barker ’21 MFA created her own performance space, converting her roommate’s closet into a recording studio lined with padded moving-truck blankets and foam blocks.

Barker had been hired to narrate In the Wake of the Willows, written by Frederick Thurber ’83 and illustrated by his wife, Amy Thurber. The novel is a New England-based sequel to Kenneth Grahame’s 1908 children’s classic, The Wind in the Willows. “We love audiobooks, but we’re very picky about narrators,” Frederick explains. The couple wanted to work with a local actor whom they could introduce to different animal species and natural landscapes featured in the novel.

The Thurbers sent their request to Brown’s Theatre Arts and Performance Studies department, where Barker was facing a bit of a career crisis. “It was in the middle of the summer when the pandemic was at its height,” she says. “My friends with 17 Broadway credits at the height of the industry, they’re just sitting at home in a state of panic figuring out what they’re gonna do with their lives.” Since Barker had some voiceover experience from a spring semester course, she sent in an audition tape and a headshot. The Thurbers were impressed by the range of accents that Barker could take on (her family is British) and how she “made each character come alive,” Amy says.

The only obstacle remaining was to find a place for professional-grade recording despite COVID closures to Providence studios. Enter the closet. The recording process was grueling in the summer heat: “I’d sit in the very hot booth waiting for a plane to pass, a truck to go by, or dogs to stop barking,” Barker recalls. “I’d come out and get some water after four hours of recording, and I’d be drenched in sweat.”

After a months-long production process, the audiobook was released in November. Frederick and Amy are thrilled with the final product. “She got the cadence and rhythm of how the birds would sound in the wild and put it into words,” Amy says. “That is just magical.”

Reader Responses to The Actress, the Mic, and the Wardrobe