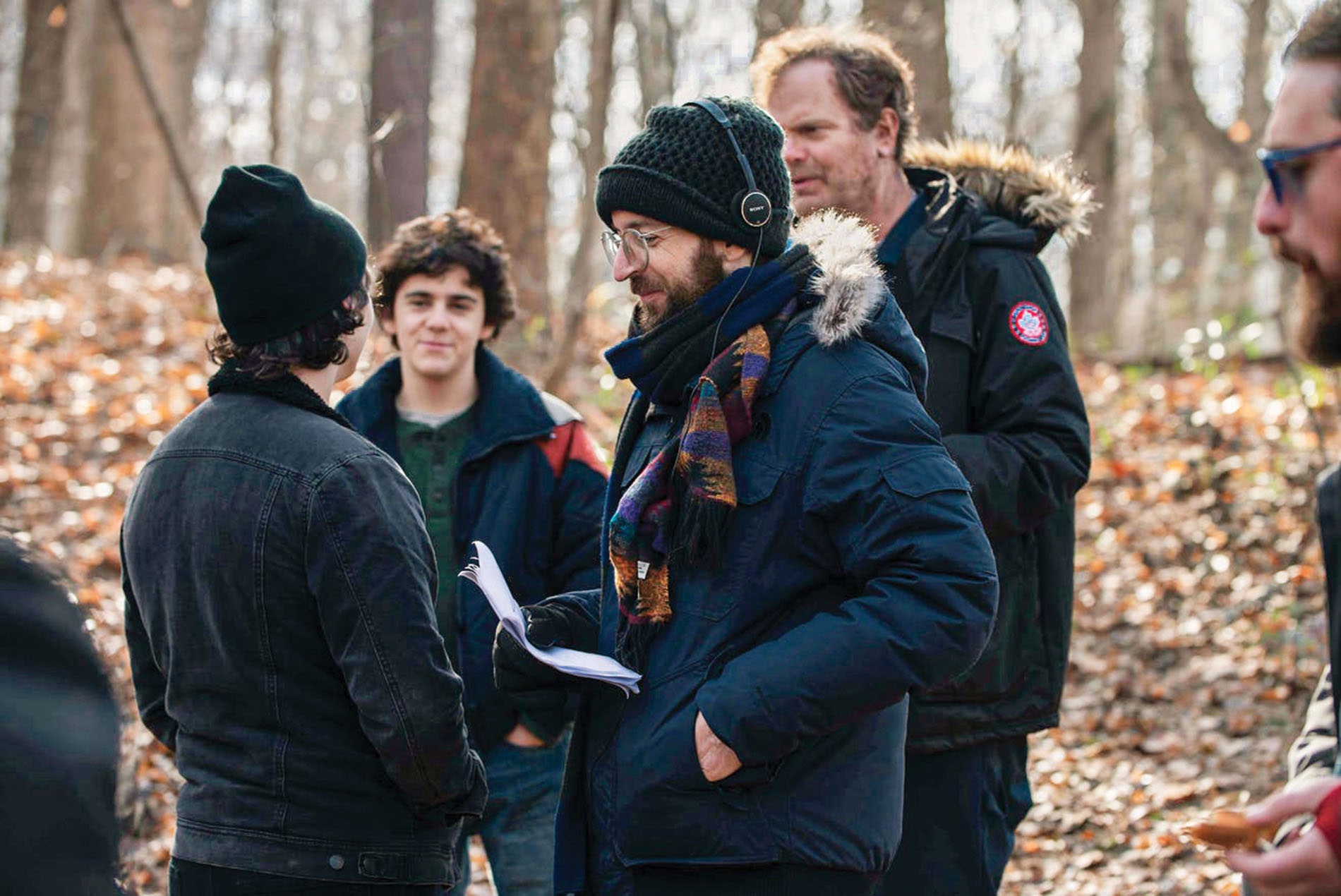 Dark Instincts
A filmmaker draws from childhood for his newest thriller

Alex McAulay ’96 wrote and directed his first feature film, Don’t Tell A Soul, starring Rainn Wilson, Fionn Whitehead, Jack Dylan Grazer, and Mena Suvari. The film premiered at the Deauville Film Festival in France, was released in theaters in January, and is currently available on all platforms in the U.S. It’s a “dark thriller,” he says, “about two feuding brothers who rob houses to pay for their dying mom’s medical bills,” that takes some unexpected turns. The movie was shot in a Kentucky neighborhood next to a coal plant. He says the plot was inspired by actual events during his childhood in Dallas, Texas. “There was a group of neighborhood kids who broke into houses when they were tented for termites and robbed them. I always thought that was a fascinating and demented jumping off point for a gritty thriller.” McAulay says that growing up he was drawn to the early Sam Raimi and David Cronenberg films, “which served as an endless source of visual inspiration.” But what really energized him to start making films was Leslie Thornton’s intro to filmmaking class at Brown. “Her approach was great—she showed us a ton of amazing movies, from Laura Mulvey to Douglas Sirk, and then put cameras in our hands and unleashed us to make our own short films. It was one of the best classes I’ve ever taken,” he says. “The Udris Brothers, who were making some fantastic and strange music videos at the time, were also there helping us learn about cameras.” This spring, McAulay was in New Orleans directing the second feature he wrote, A House on the Bayou, for Blumhouse/Epix. “It’s a Southern Gothic horror movie,” he says, “starring Paul Schneider and Angela Sarafyan, in the vein of Hitchcock.”