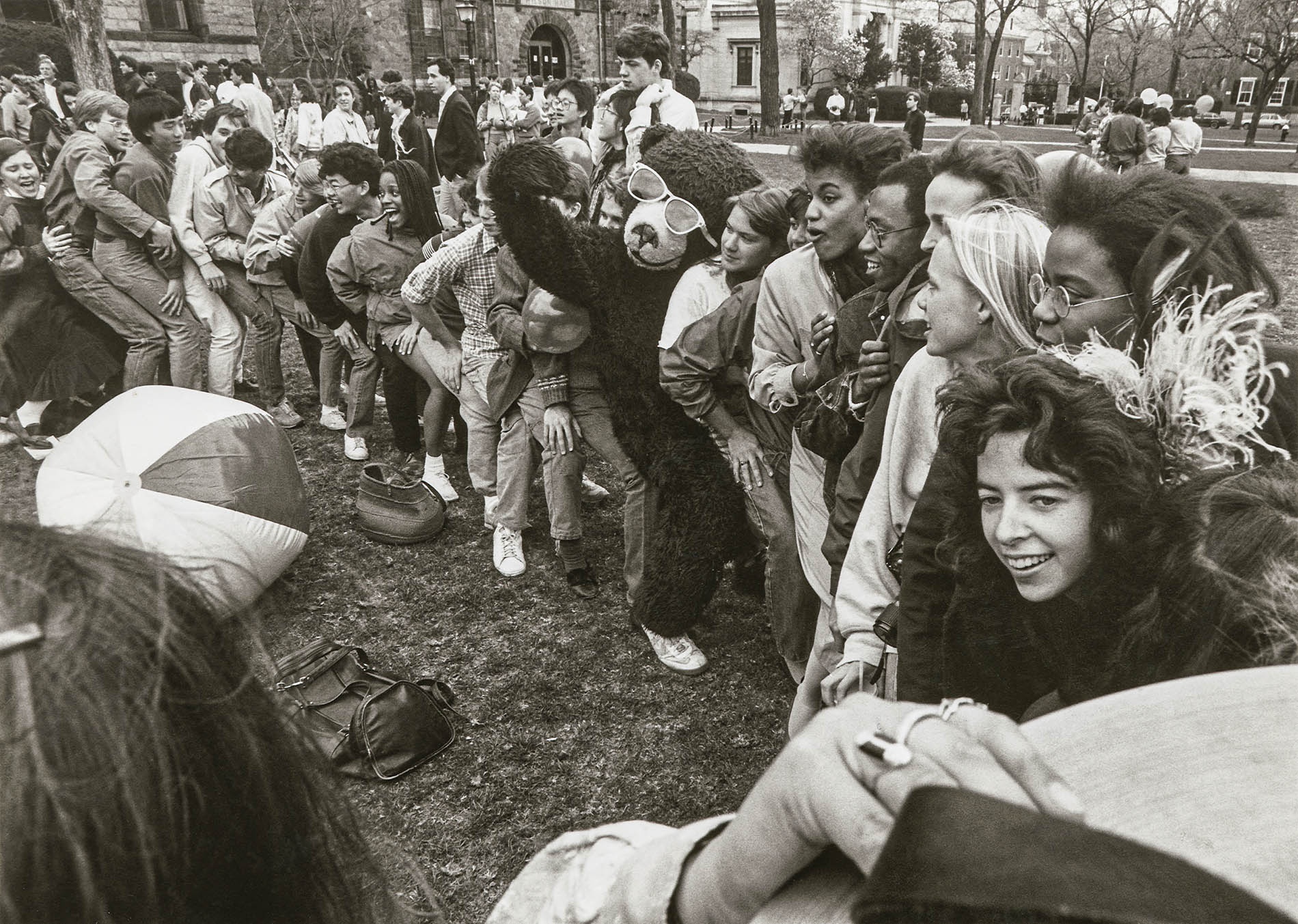 Ah, Spring Weekend!
Pre-COVID, it was all about crowds

In 1986, this conga-dancing group was doing Spring Weekend the old-fashioned,  pre-COVID, full-body-contact way—with a certain bespectacled bear in the thick of it. In the Bruno suit: Mass. Democratic Party chair Gus Bickford ’86. Third to the right of Bruno: business consultant and former basketball pro Michelle D. Smith ’86. Front right: NC State math professor Sharon Lubkin ’86. Can you ID anyone else? Other entries from the annual event's long and storied tradition: In a 2012 post, the blog “F*** Yeah Brown University” laid out their view of the weekend as “a time for day drinking, wearing clothing that is completely inappropriate for a Providence April, and waking up in places you’ve never been with people you don’t remember meeting.” Spring Weekend 2021 was a little more subdued, but the Green was dotted with folks handing out free grab-and-go-at-least-six-feet-away items, like pizza and swag. The Brown Concert agency offered a virtual concert featuring producer and DJ Kaytranada as the headliner, fresh off two Grammy wins, and Grammy-nominated singer-songwriter Phoebe Bridgers and KeiyaA were also on tap.