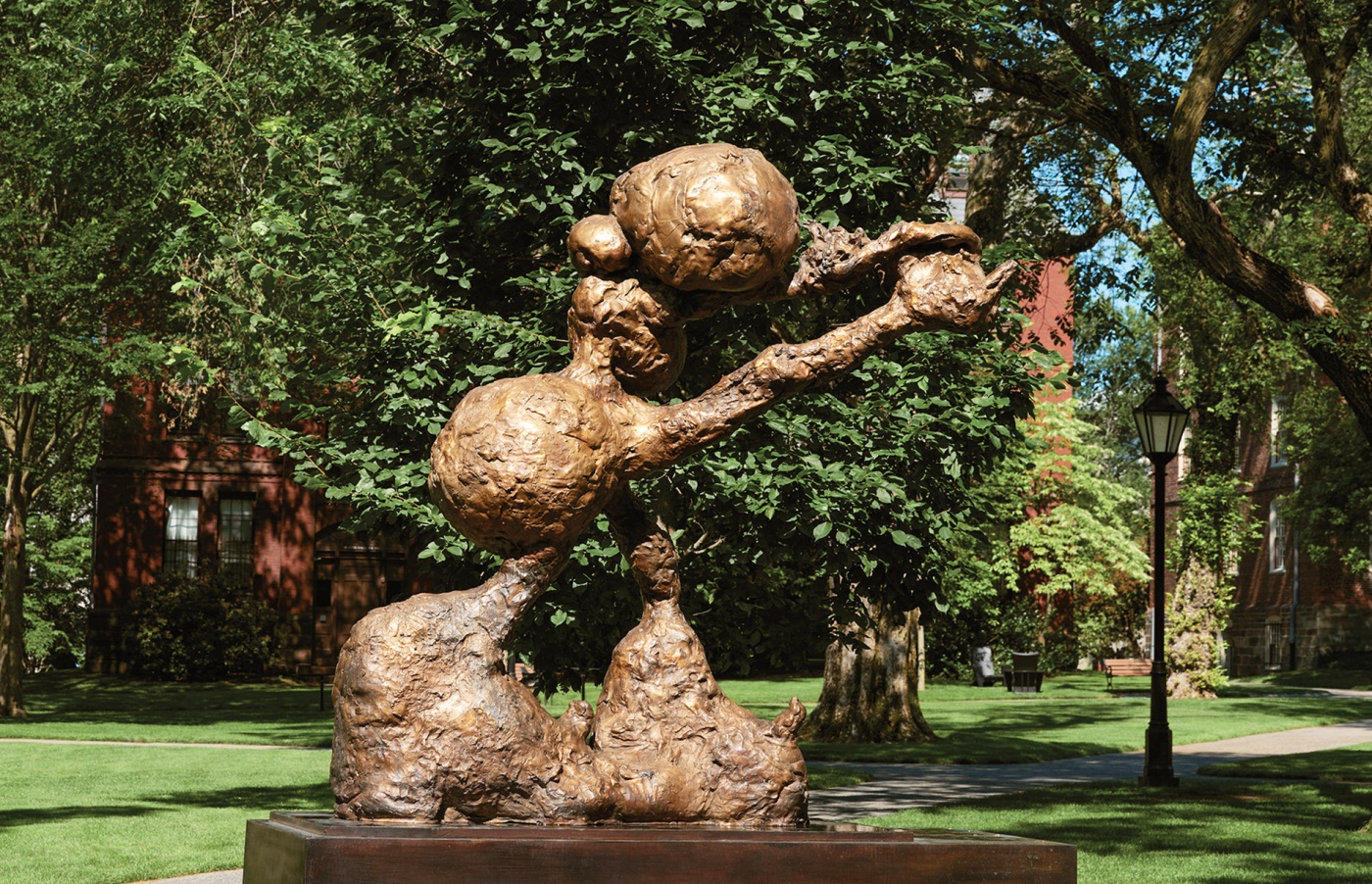 It looks like a duck smoking a joint,” says Christina Kim ’23. The six-foot-tall bronze sculpture, titled “Large Concretised Monument to the Twentieth Century” (we’ll dub it LCMTC) comes on the heels of the departure in August 2020 of Blueno, a giant blue bear sculpture that spent four years on the green outside the Ashamu dance studio. Though widely scorned at first, Blueno became a beloved mascot for the Brown community. The new sculpture is off to a similarly rocky start—but it may be growing on people.

LCMTC was created in 2007 by artist Rebecca Warren and will be hosted on Brown’s campus for the next five years. Warren once remarked that she wants her works “to look like they’d been made by a sort of pervy, middle-aged provincial art teacher who’d taken me over.” And indeed, LCMTC abstractly takes the form of a hypersexualized female body, which Brown’s Public Art Working Group suggests is reminiscent of the comic art of R. Crumb.

Dietrich Neumann, a professor of the history of art and architecture who chairs the group, explains that “by calling the piece a ‘monument,’ Warren questions what we have habitually put on pedestals in public space.” According to the group’s web page on LCMTC, the artist “asserts that the 20th century was characterized by a narrow-minded view of identity, gender, and the capabilities of women, leaving open the possibility for the future to be more expansive and equitable.”

Nina Faynshtayn ’24, who identifies as a “very strong feminist,” admits that at first she “didn’t really know what it meant”—the sculpture looked “like a snail or like some giant animal.” But for some, deeper meaning has emerged as time has passed. While the sculpture may look “ugly,” says Henry Dawson ’22.5, he suggests that the artist may want viewers to feel this way—it’s meant to “provoke thought.”

While students don’t see the new sculpture reaching Blueno-like levels of cult fame, Faynshtayn says that the more detail she notices, the more she appreciates the “significant feminist perspective” that it brings to campus. “I wish that instead of judging it automatically, people took the time to, like, really try to figure it out,” she says. “It’s actually pretty cool that Brown put it there. And they’re highlighting the work of a woman artist.