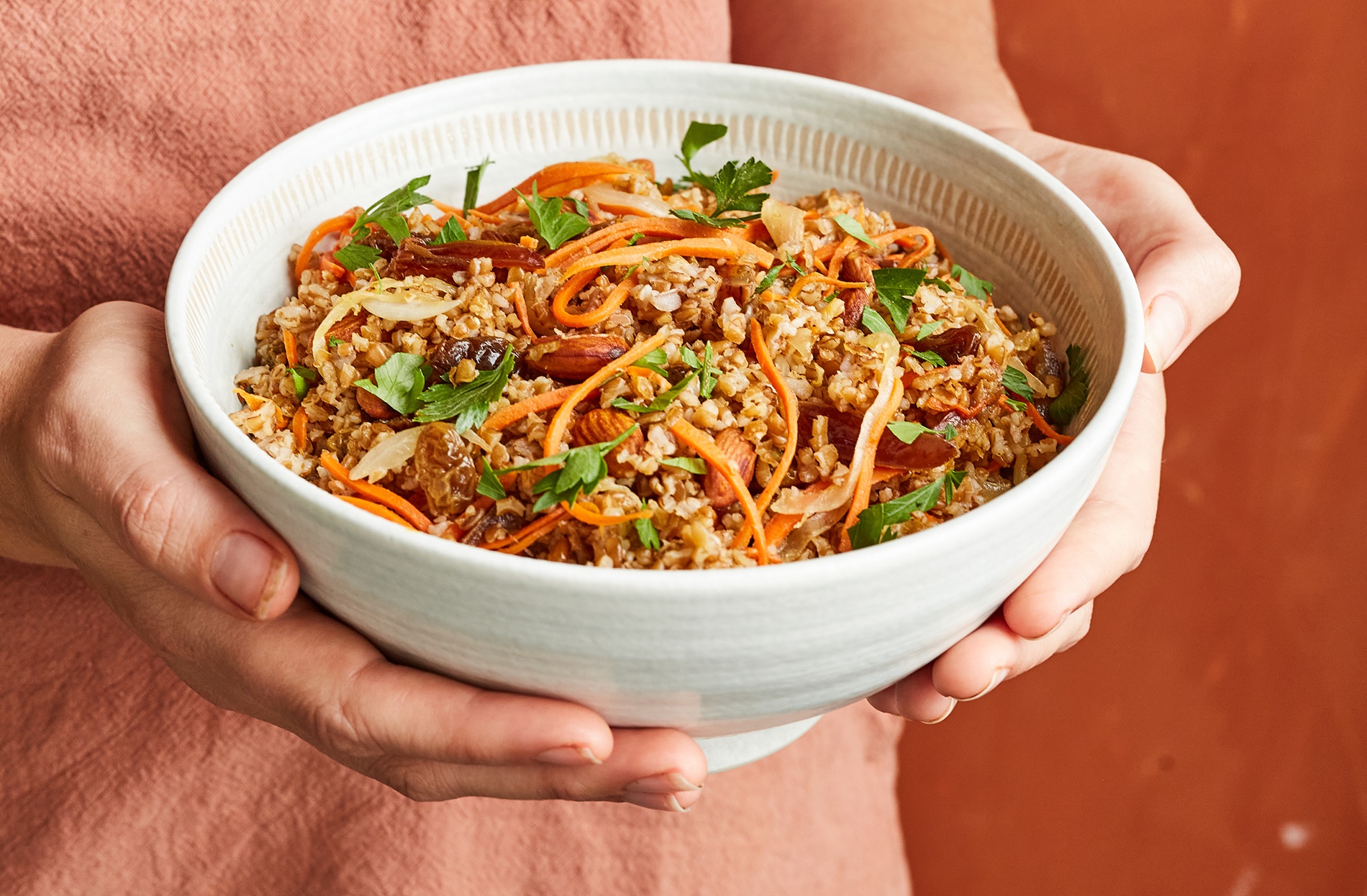 Linda Shiue ’93, ’98 MD, an internal medicine physician and the first director of culinary medicine at Kaiser Permanente San Francisco, recently published her debut cookbook, Spicebox Kitchen: Eat Well and Be Healthy with Globally Inspired, Vegetable-Forward Recipes (Hachette). The book’s introduction describes a conference eight years ago called Healthy Kitchens, Healthy Lives that fundamentally changed Shiue’s approach to practicing medicine. “That conference was my lightbulb moment,” she says. Instead of just writing prescriptions, she began giving patients healthy recipes. And after receiving a certificate in plant-based nutrition, she began the Thrive Kitchen in 2017—small hands-on cooking classes that feature ideas and techniques such as how to prepare whole grains or serve pumpkin. For Shiue, spices are the key to adding “interest and vibrancy.” The cookbook, whose recipes are broken into four geographical areas—California, Asia, Mediterranean/Middle East, and Trinidad—includes a glossary of spices like amchar masala, a spice blend from Trinidad of black mustard seeds, coriander, cumin, fennel, and fenugreek. “My food influences have always been global,” she says, “and I love the adventures you can have just by exploring different spices.”

Victory was decisive and extra sweet for women’s soccer and volleyball after returning to play this season.
Science & Tech

Aerospace engineer George Braly ’70 has finally succeeded in getting the lead out of airplane fuel.
First Person