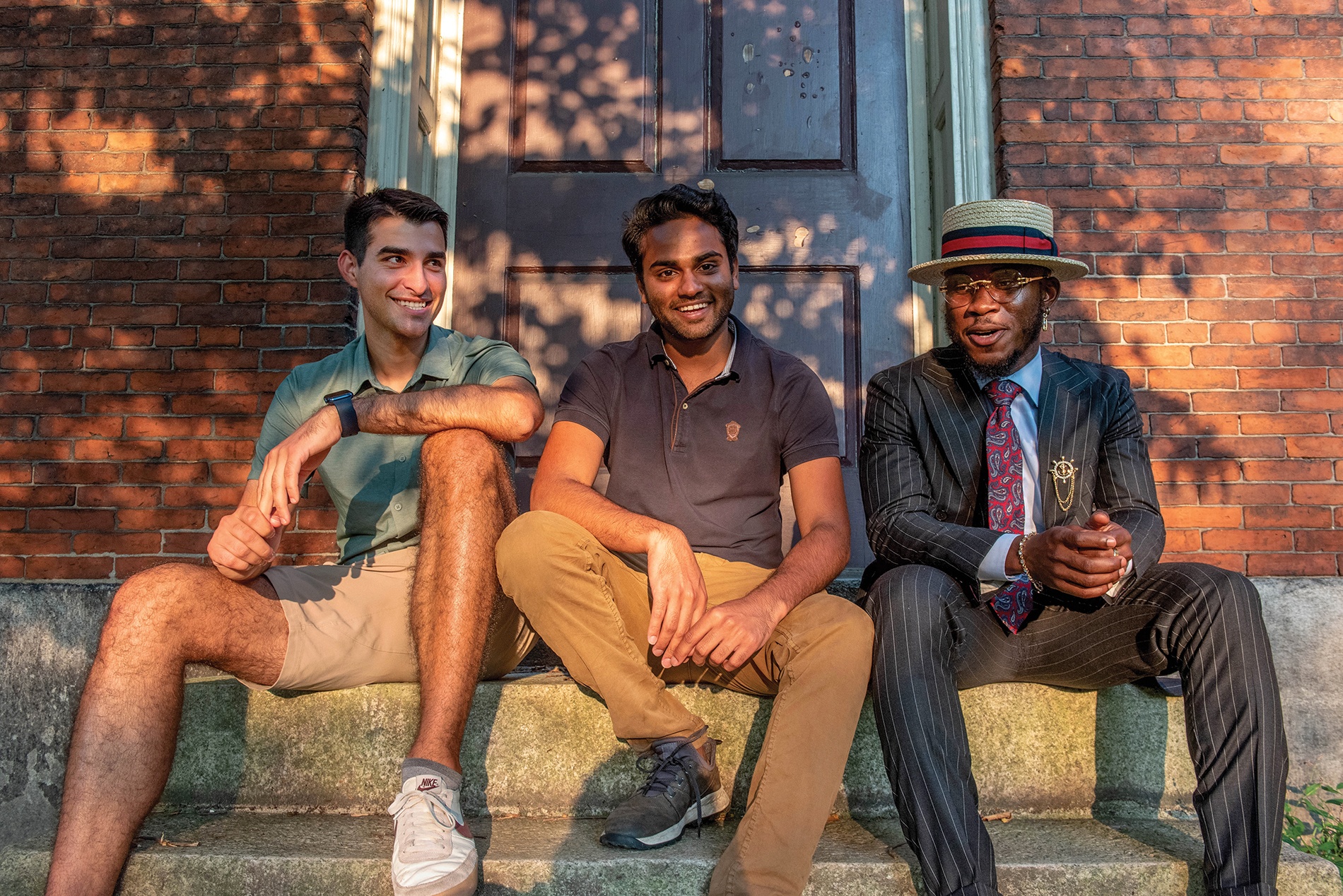 Too many bright students don’t find their way to good colleges, says Nikhel Sylvain ’23, and “end up in careers where they don’t use their full potential.” Sylvain and two other current undergrads who followed atypical paths to Brown aim to change that, one student at a time.

SYLVAIN SPENT six years in the U.S. Air Force as an in-flight refueler, playing a critical role in operations spanning four continents from the Hindu Kush to Hawaii. During his service he enrolled in community college with the goal of transferring to a four-year institution. When he committed to Brown, he realized he could leverage his experiences not only to pursue personal goals—which include law school and government service—but also to help other nontraditional students get good educations. So Sylvain founded TrueFit Admissions. TrueFit serves students “who don’t have parents with college degrees, or who are in careers where education isn’t valued,” Sylvain says. TrueFit works with them to identify universities that fit their goals, doing “everything from helping them with their resume to guiding them with their application.”

AMAAN KULATUNGA ’23, a philosophy and entrepreneurship concentrator, also took a circuitous path between high school and college. He dedicated a year to geopolitical research at a think tank in his native Sri Lanka and in a U.N. office in Fiji, and spent several months exploring places like Australia’s beaches, Africa’s safari country, and Europe’s cross-country roads. Like Sylvain, Kulatunga is determined to increase representation from his community on U.S. campuses. “Generally top schools take one [Sri Lankan] per year, and most of the time even that doesn’t happen… There are so many smart and driven students in Sri Lanka who want to get to these schools but they don’t have sufficient resources.” Kulatunga says he was lucky to have a college counselor who exposed him to opportunities abroad and guided him through the application process. Hoping to do the same for other prospective university students, he worked with three friends to found Abacus Counseling, a nonprofit service helping Sri Lankan students with American college admissions.

BRIGHT TSAGLI ’23 arrived at Brown two years ago, eight years after graduating from high school in Ghana. As a teenager, he was torn between playing professional soccer in Europe and becoming the first in his family to pursue higher education. Ultimately choosing a hybrid approach, he dedicated four years to soccer in Germany before applying to U.S. universities. He spent two years studying engineering at Bronx Community College, then another two years tutoring students there and paying his tuition, while also working in digital marketing, managing campaigns for firms such as Marshalls and TJ Maxx. Aware of the financial aid limitations international students face, Tsagli set his sights on institutions where significant funding is attainable. He ultimately committed to Brown, concentrating in public policy and economics and cofounding a Brown chapter of the national organization Scholars of Finance. “I fell in love with the mission statement of raising ethical leaders going into the financial industry,” says Tsagli, who plans to pursue a career in finance, law, or business. “The long term goal is to be an asset to my country and my continent by running for a political role,” he says. But before he gets there, he’s making sure others get similar opportunities. He serves on Brown’s Diversity and Inclusion Board, mentors prospective transfer students, and speaks on podcasts about the transfer process—all while helping students from his Ghanian high school with the SAT process.