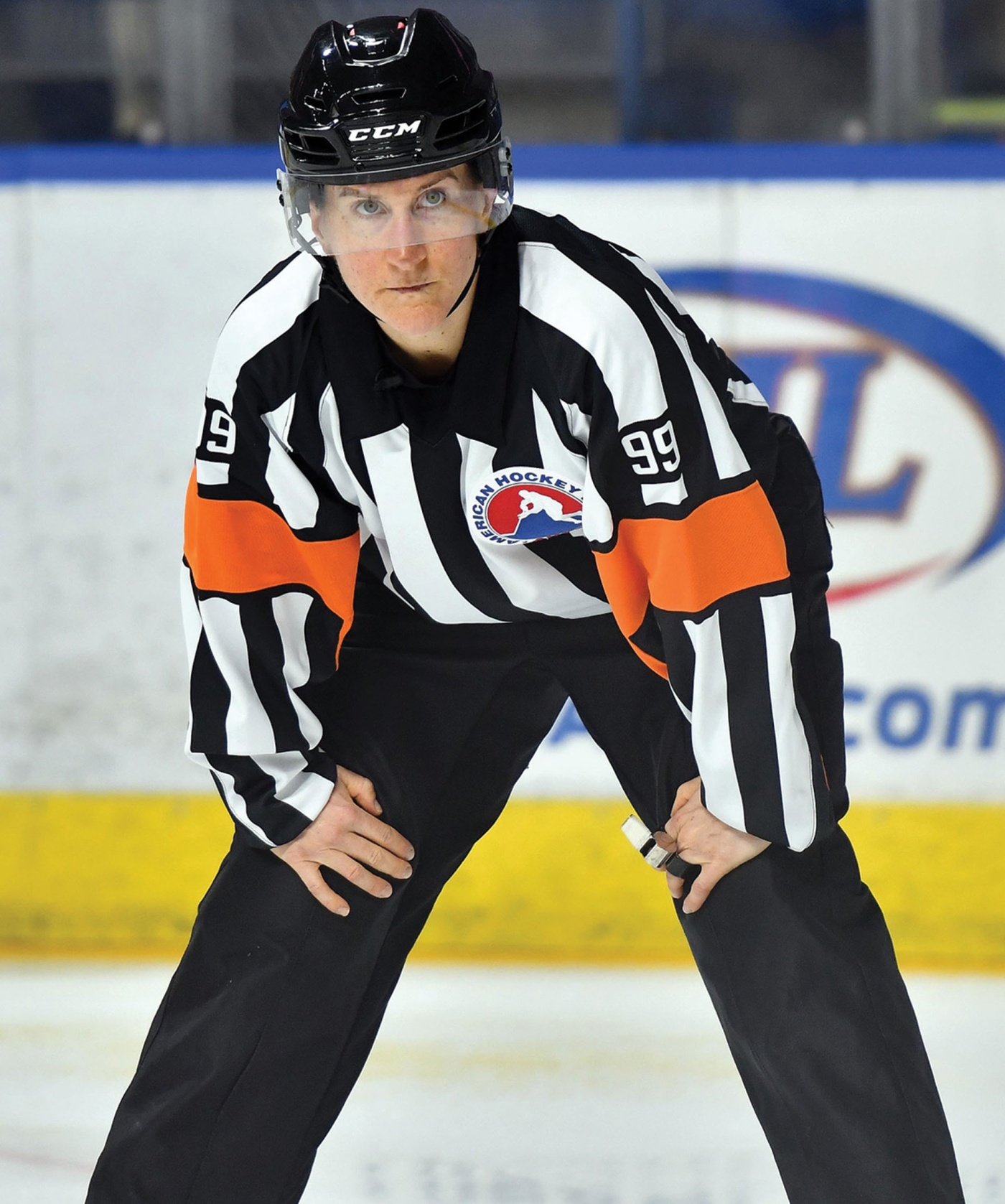 On a Saturday night last October, Katie Guay ’05 became the first woman to officiate a men’s ice hockey game in the American Hockey League—the Lehigh Valley Phantoms vs. the Wilkes-Barre/Scranton Penguins. She was the first of ten women (seven referees and three linesmen) to work on the ice during the 2021-22 season of the AHL, the primary development league for the NHL. After playing as a forward at Brown—team captain her senior year—Guay began refereeing part-time at her local rink. Since then she’s officiated women’s games at eight International Ice Hockey Federation tournaments, including at the 2018 Winter Olympics in PyeongChang, South Korea, and she was the first woman (in 2015) to officiate an NCAA Division I men’s hockey game. “My one goal had always been the Olympics,” she said last fall in the Globe and Mail, “so I thought I had already reached the pinnacle for my officiating, but then this new opportunity opened up to continue the journey.”

Reader Responses to A Woman Ref Breaks the Ice Ceiling