Fast Food Capitalism
The Pulitzer-winning Franchise by Marcia Chatelain ’03 AM, ’08 PhD, narrates the complicated history between McDonald’s and its Black outlet owners 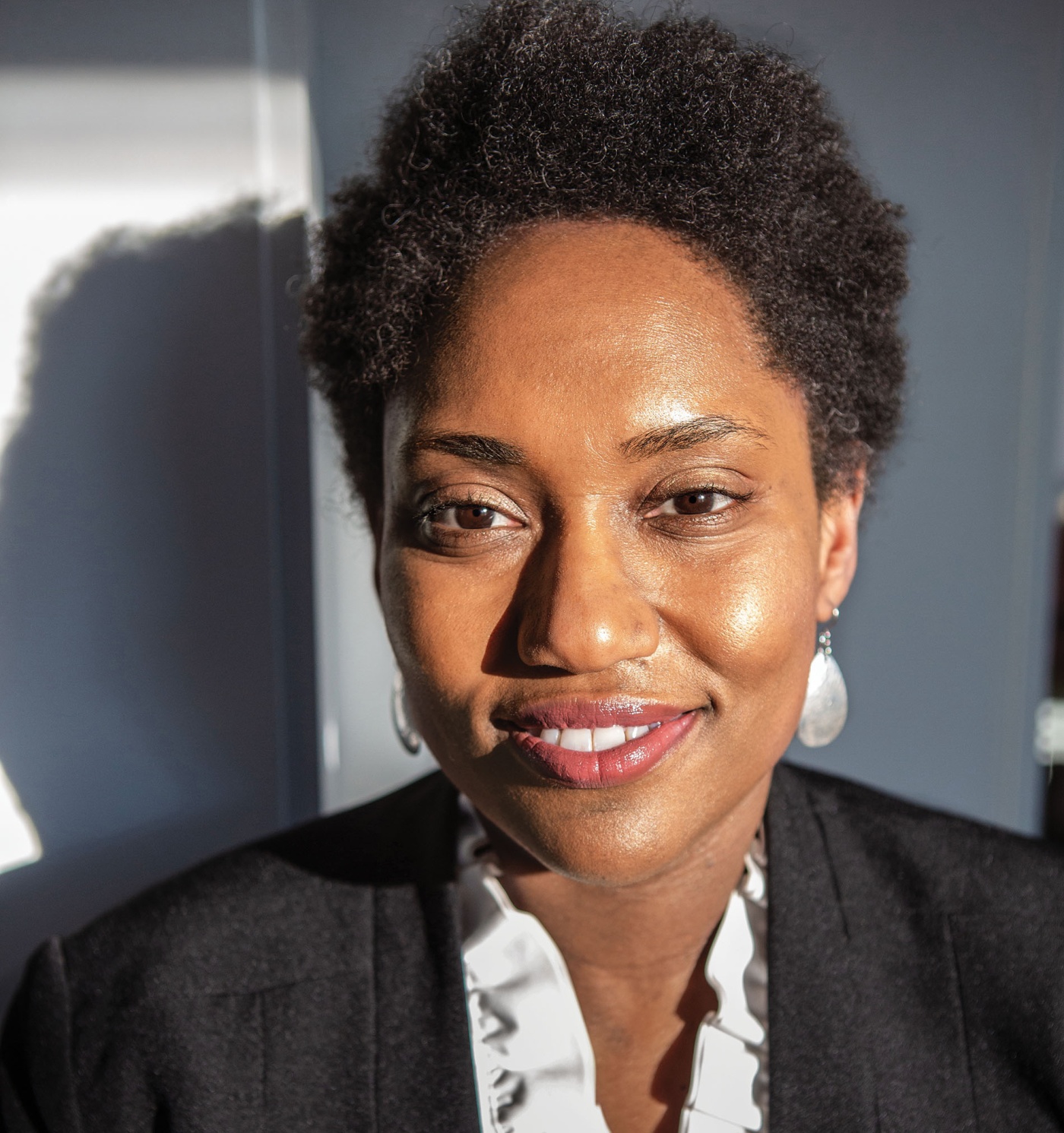 A few years ago Marcia Chatelain ’03 AM, ’08 PhD, a history and African American Studies professor at Georgetown University, was contemplating writing about the civil rights movement’s relationship to food. She’d heard John Lewis, the late civil rights leader and congressman, reminisce about eating in a Chinese restaurant the day of the iconic 1963 March on Washington. “I thought it was so interesting he remembered where he ate that day,” says Chatelain.

She went down a research wormhole about the relationship between Black Americans and fast food—and locked in on the complex history of Black McDonald’s franchise owners. Then her book editor said she should anchor the book entirely around Mickey D’s. “I owe her a million cookie baskets,” she says, “because she was absolutely right.”

The result was Franchise: The Golden Arches in Black America (Liveright/Norton), which won the 2021 Pulitzer in History. It’s a fascinating account of how McDonald’s leadership and Black entrepreneurs and activists alike came to see Black-owned franchises in Black urban neighborhoods as both profit-friendly and proof that so-called “Black capitalism” could address the unfinished challenges of the civil rights era. Black franchisees had to first fight to be given stores at all—and then to be given the corporate support to successfully operate locations in poor, high-crime areas that segregation had starved of resources.

Black-owned franchises [came to be seen] as proof that so-called “Black capitalism” could address the unfinished challenges of the civil rights era.

That’s the short version of a book that the New York Times called “a cautionary tale about relying on the private sector to provide what the public needs.” But it’s also a riveting read rich with details and personalities—such as that McDonald’s, in the 1970s, sponsored some of the first major Black history exhibitions, or the tale of La-Van Hawkins, a larger-than-life mega-franchisee who worked the system for all it was worth before his death in 2019. -:

Beneath the engaging storytelling is a deep critique of trying to use the private market to fix inequality—a critique Chatelain is not sure the many Black franchisees she spoke to shared. “My goal was to challenge people to think about how we come up with solutions to racial justice,” she says. “But I begrudge no Black person who, in 1970, was given the opportunity to run an outlet of one of the most important companies in the world.” In fact, she says, the book gave many franchisees the chance to air grievances long suppressed: “I think they appreciated that I was acknowledging there had been inequality in the system. Even if you became a millionaire franchisee, you were making less than most of your white counterparts.”

Franchise tapers off around 2000, just as awareness of McDonald’s health dangers and its low wages were coalescing into movements that brought us, in some places, higher minimum wages and urban farmer’s markets. But Chatelain says she was focused less on McDonald’s nutritional role than its social one—often as the only funder of community services and initiatives amid federal cutbacks in the 1980s and 1990s. “I hope we can keep being honest about where capitalism has failed us,” she says.