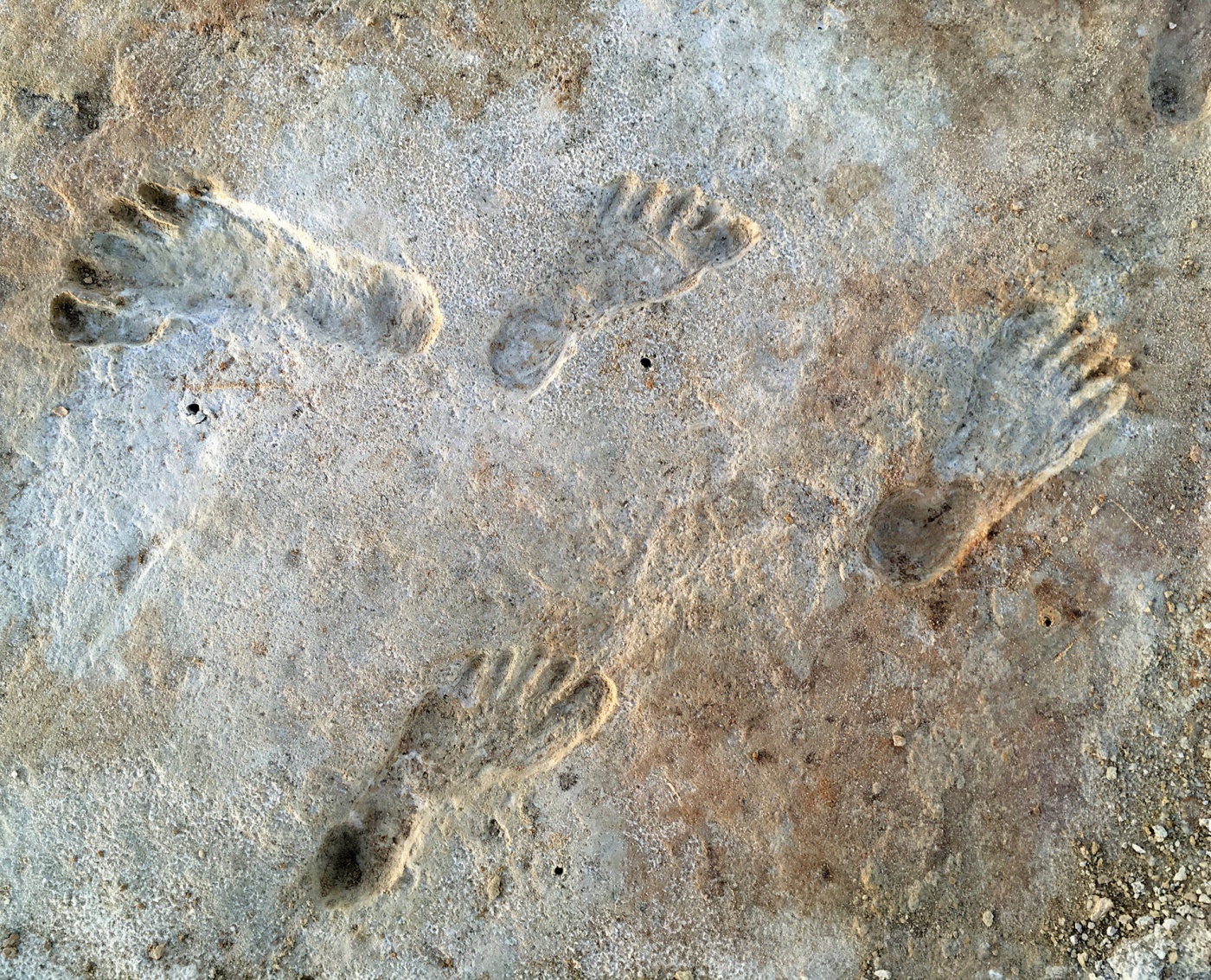 New evidence shows that the first humans arrived in the Americas nearly 10,000 years earlier than most scientists believed. Footprints discovered in a dried-up ancient lake bed in New Mexico’s White Sands National Park reveal human existence there between 21,000 and 23,000 years ago. Thomas Urban ’05, a scientist at Cornell’s Tree Ring Laboratory, codirected a team of researchers to investigate the footprints.

“This early date forces us to rethink the existing paradigms on how and when people first arrived here,” Urban says. “Footprints get you into different behaviors such as how people moved around the landscape, including children, and how animals and humans reacted when encountering one another.”

More often, archaeologists rely on debris, artifacts, and skeletal remains for insights into the past. Yet footprints can provide a window into hunting tactics, camp life, migratory patterns, and the species living alongside humans, including woolly mammoths, giant ground sloths, and dire wolves. Known as “ghost tracks,” these kinds of prints are often invisible, covered by dry salt or layers of fine white gypsum sand.

Urban’s team was able to find the telltale tracks of human life through ground-penetrating radar (GPR), which sends out electromagnetic waves to detect variations within soil, producing detailed scans. Sediment is able to capture the weight and trajectory of animals “like a beach at low tide,” Urban says. In the right setting, GPR can reach more than 100 feet down. Seeds of ditch grass were found within the preserved footprints in White Sands, allowing for radiocarbon dating to narrow in on an approximate date.

Urban says he first got hooked on the potential of GPR during his sophomore year at Brown, when he took environmental and engineering geophysics with Professor John Hermance, who still teaches in the earth, environmental, and planetary sciences department. Hermance says his former student was able to take what he had learned to “an extreme level of precision and resolution.”

The team studying the footprints included researchers from Cornell, Bournemouth University in England, the University of Arizona, the National Park Service, and the U.S. Geological Survey. The results were published last September in Science. The researchers will continue to publish more information about their findings at White Sands, Urban says, while using the GPR’s ability to detect ghost tracks to help direct conservation efforts in the park.

“I can honestly say that I never thought that I would use GPR to image footprints—never mind the oldest footprints on the continent,” Urban says. “It’s a completely novel application of the technology and something I couldn’t have foreseen.”