About a year ago James Miller '73, Brown's dean of admission, met with the father of a prospective student. The man had lost most of his savings during the recession. With some of his investments now worthless, he was looking for a more secure place to put his money. 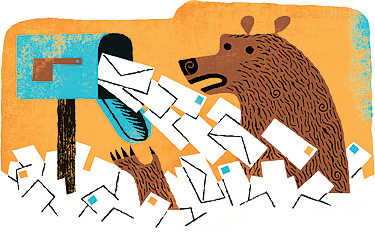 "I might as well put it into his head," he told Miller, referring to his son. "That's about the most secure investment I can make."

Apparently a lot of other parents feel the same way. Miller believes the brutal economy of the last few years accounts for much of this year's national spike in college applications. Brown's applicant pool rose 20 percent to more than 30,000—all of them looking to fill 1,500 first-year slots. The trend is actually a continuation from last year, when applications also rose by 20 percent.

"In uncertain times," Miller says, "people want to invest in education. I've been doing this for thirty years and I've truly never seen an applicant pool with this depth of talent."

Similarly, Princeton's applications rose by 19 percent, Harvard's by 5 percent, and the University of Pennsylvania's by 17 percent. The University of Chicago's applicant pool increased by 42 percent, boosted by that school's intensified recruitment and improved campus services.

Brown has also intensified its recruitment efforts, but in a more targeted way. Miller says the result was a significant increase in minority-student applications. The number of African American applicants rose 48 percent and Latinos went up 42 percent. There was also a spike in applicants hoping to become the first member of their family to go to college, a group that, thanks to strong financial-aid gifts from the late Sidney Frank '42 and others, Brown has worked hard to attract in recent years.

Then there's the viral factor. Miller believes that Facebook and other Internet social networking sites have helped to spread the word about Brown among high schoolers. At Brown, students are the best marketers. "Students get information from so many sources now and the information that is coming across about Brown is very positive," Miller says. "Students have a very good experience here."

Reader Responses to Getting In