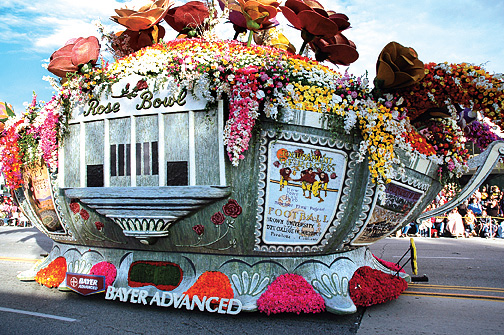 In addition to the thousands of blooms the Bayer float sported at this year's Rose Bowl Parade were images of posters from four historic Rose Bowl games, including the 1916 contest in which Brown faced Washington State. Despite the best efforts of halfback Fritz Pollard '19, the first African American to play in the Rose Bowl, Brown lost, 14–0.
What do you think?
See what other readers are saying about this article and add your voice.