In kindergarten, we were asked to make dioramas. I made one of the Wizard of Oz, covering my he-man action figure to turn it into the Tin Man. I skillfully took apart my mom's green necklace and used the gems to pave the road to Emerald City. 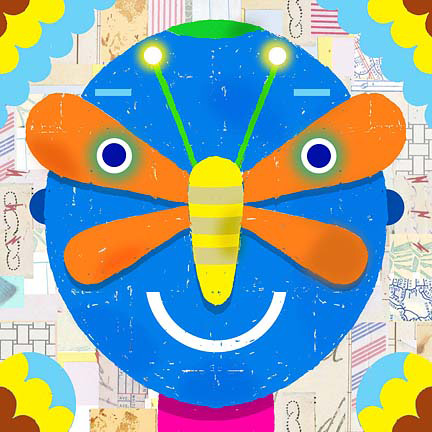 In fifth grade life science, we tackled eukaryotic cells, using Jell-O for cytoplasm, almonds for mitochondria, macaroni for the Golgi apparatus, and a sliced orange for the nucleus. In sixth grade, we studied Egyptology, making timelines down on our hands and knees in the corridor, reconstructing King Tut's treasures with gold and silver markers. We drew hieroglyphics—the only time when those of us whose handwriting was totally illegible got high marks for penmanship.

What does all this have to do with Brown? The long evenings at the libraries and computer clusters seem as far from the kindergarten sandbox as we are from the sands of Ancient Egypt. Or are they?

If you'd wandered through the basement of Barus and Holley a few years ago, you'd have seen my friends Marc Taub '98 and Ross Weene '98 building the best beer-keg tap ever invented for their final design project in engineering. If you'd walked through the College Green, you'd have seen Dan Margalit '98 researching his mathematics thesis on algebraic braids, not only with a calculator, but also by juggling fruit in the air.

I wrote my honors thesis about Wallace Stevens, an insurance lawyer who in his spare time wrote some of the most profound and playful poetry of the twentieth century, including such masterpieces as "Hymn from a Watermelon Pavilion," "Anecdote of the Jar," and one of my personal favorites, "The Emperor of Ice-Cream."

I'm reminded of Richard Feynman, the bongo-playing Nobel-laureate physicist, who is considered one of the most creative theoretical physicists of the last century. As a young faculty member at Cornell, Feynman was in the cafeteria when a student tossed a dinner plate into the air. As the plate spun, it also wobbled. Because of the university insignia stamped on the plate, Feynman could see that the spinning and wobbling motions were not quite in sync. He knew, however, that the two types of rotation must be related.

After an enormous amount of hard work, Feynman discovered the underlying mathematical ratio. He then proudly showed his calculations to the chairman of his department, who asked, "What's the importance of that?" Feynman replied, "It doesn't have any importance. I don't care whether a thing has importance. Isn't it fun?" It later turned out that these calculations became part of Feynman's revolutionary work in nuclear physics.

If we take away anything from Brown, it should be the certainty that our happiness, humanity, and hope are tied up in the idea of intellectual inventiveness and curiosity. When we look back at the history of the ideas that are revered today, we find they're products of playfulness, imagination, and risk taking. It's our job not to create history, but to surpass it. We cannot do this without faith in our dreams and fearlessness in our thinking. Hopefully, after graduating from the sixteenth grade, we will never stray too far from the sandbox.