Just a year out of college, Brian Cross ’12, far right, made his Broadway debut in October in The Snow Geese. Written by Sharr White and set in 1917, the play is about an upstate New York family facing financial ruin. Cross, who plays the youngest son, was taking small parts and working at a stuffed-animal company before he landed the part. Mary-Louise Parker, center, starred as his mother. 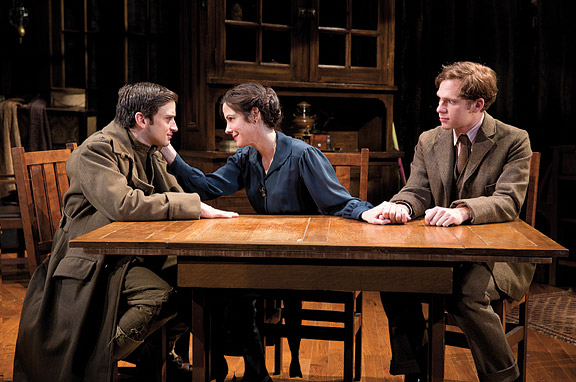