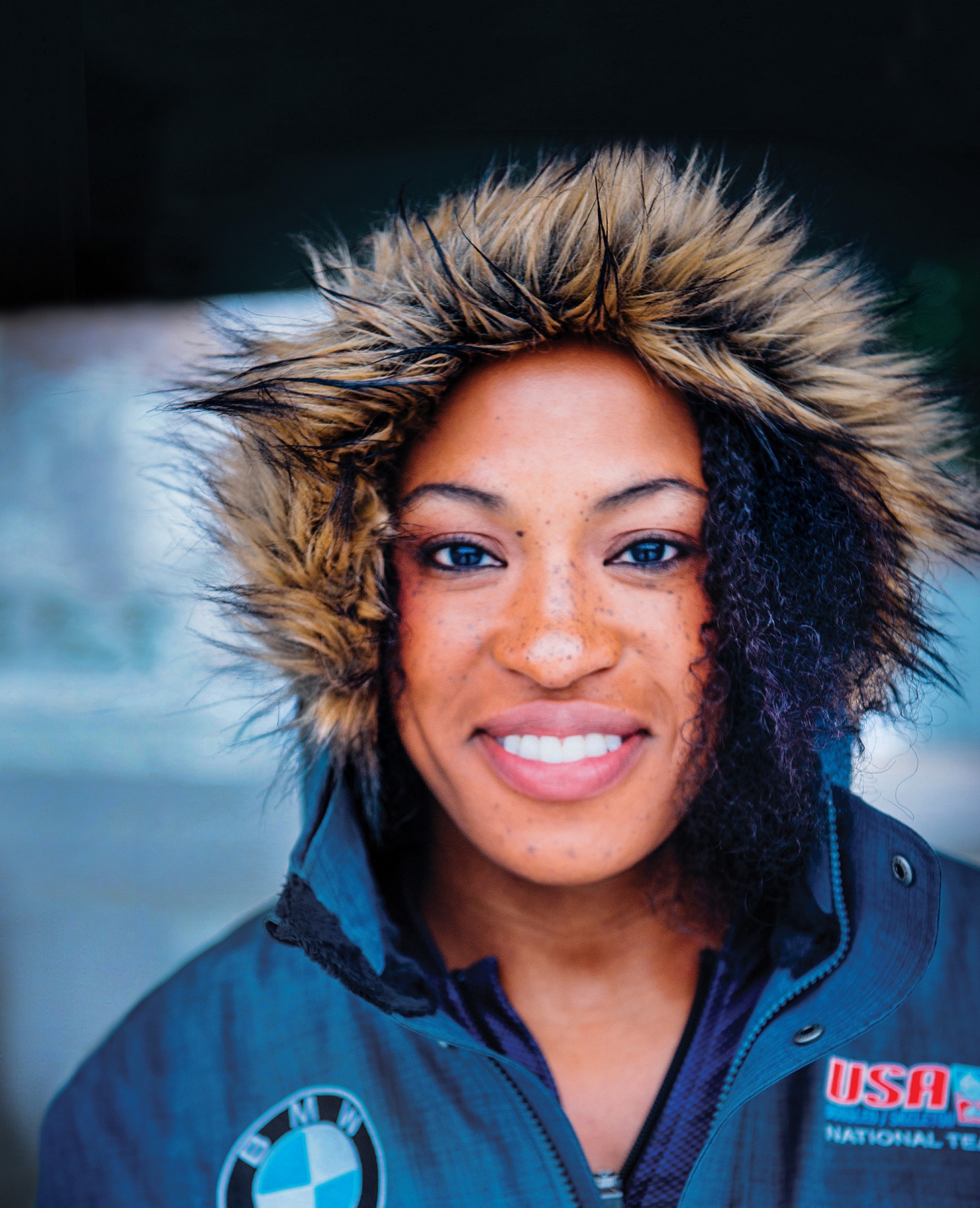 “My goal going into the Games was to have the four best pushes of my career, and I feel like I achieved that,” says former Academic All-Ivy volleyball standout Lauren Gibbs ’06, who, as a brakeman on the U.S. women’s bobsled team, won Olympic silver in late February. “To come away with a medal is just icing on the cake.” Since making the team in 2014-15, Gibbs has earned 11 World Cup medals, plus a bronze—with pilot Elana Meyers Taylor, now a three-time Olympic medalist—at the 2016 World Championships. Other alums at the PyeongChang Games were fellow bobsledder Evan Weinstock ’14 and ice hockey referee Katie Guay ’05.