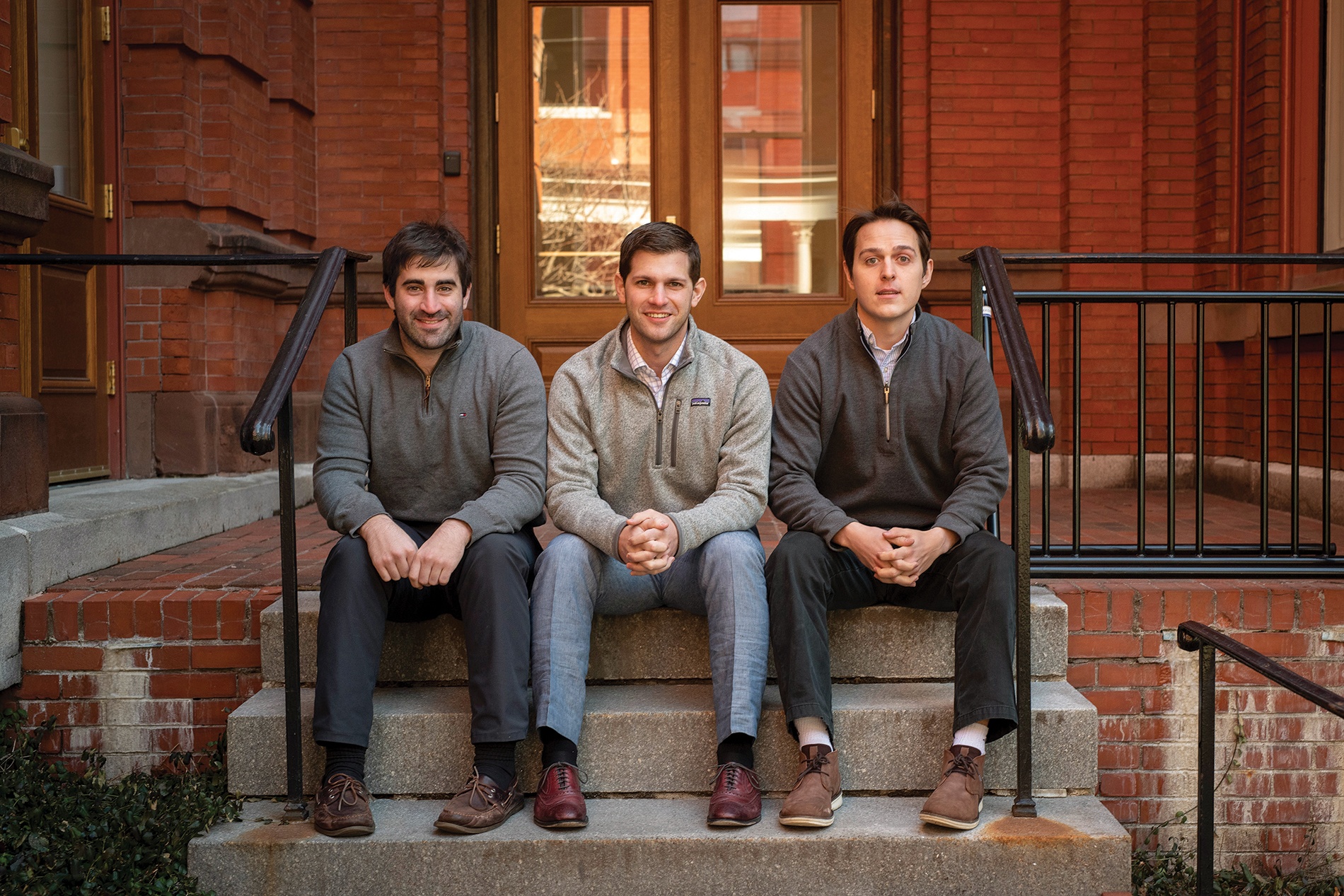 Miracle Drug?
Help may be on the way for Alzheimer’s and ALS

When Joshua Cohen ’14 was a junior at Brown, he came up with an idea for a drug to help people with neurodegenerative diseases like ALS (Lou Gehrig’s disease) and Alzheimer’s. Seven years later, his idea may have become reality. Amylyx Pharmaceuticals, Inc., a Cambridge-based biotech startup he cofounded with Justin Klee ’13, last December released preliminary results of a clinical trial: the drug AMX0035 “demonstrated a significant treatment benefit for people with ALS.” Dr. Sabrina Paganoni, with the Healey Center for ALS at Mass General, who led the study, said in an interview with the Wall Street Journal, “Most trials fail to see a positive result,” which is what makes these findings “really incredible.”

Concentrating in biomedical engineering, Cohen spent time junior year reading articles in scientific journals about how neurons die, which is how he came up with the idea of attacking two molecular pathways with a combination of medicines. “It was just many hours of reading papers every day and letting my curiosity guide me journal to journal,” he says. Cohen met Klee, who studied neuroscience, playing club tennis, and the two joined forces.

“Most trials fail to see a positive result,” which is what makes these findings “really incredible.”

Cohen and Klee started the company in 2013, after getting advice from both engineering professor Angus Kingon and Alan Harlam, formerly with the Swearer Center, as well as some funding from Swearer. Senior year, Cohen received course credit for the startup. “Brown’s structure was very helpful in managing the time commitment for Amylyx,” he says. Cohen is the company’s CEO, Klee is president, and Kent Leslie ’14, ’15 ScM, who was Cohen’s housemate senior year, joined Amylyx in 2015 as chief scientific officer.

The clinical trial, known as CENTAUR, involved 137 subjects between age 18 and 80 who had been diagnosed with, and had symptoms of, ALS. Over the course of 24 weeks, the subjects (who took either AMX0035 or a placebo) were rated using a standardized scale on their abilities in elements of daily life, such as walking, speaking, and dressing themselves. The study indicated the drug slowed the disease’s progression. PEGASUS, another trial of the drug involving Alzheimer’s patients, wraps up in late 2020.

“It is definitely very exciting,” says Cohen, “but there’s a lot of work ahead of us. We’re laser focused on trying to help patients with these diseases, so we feel a responsibility to not waste a minute.”