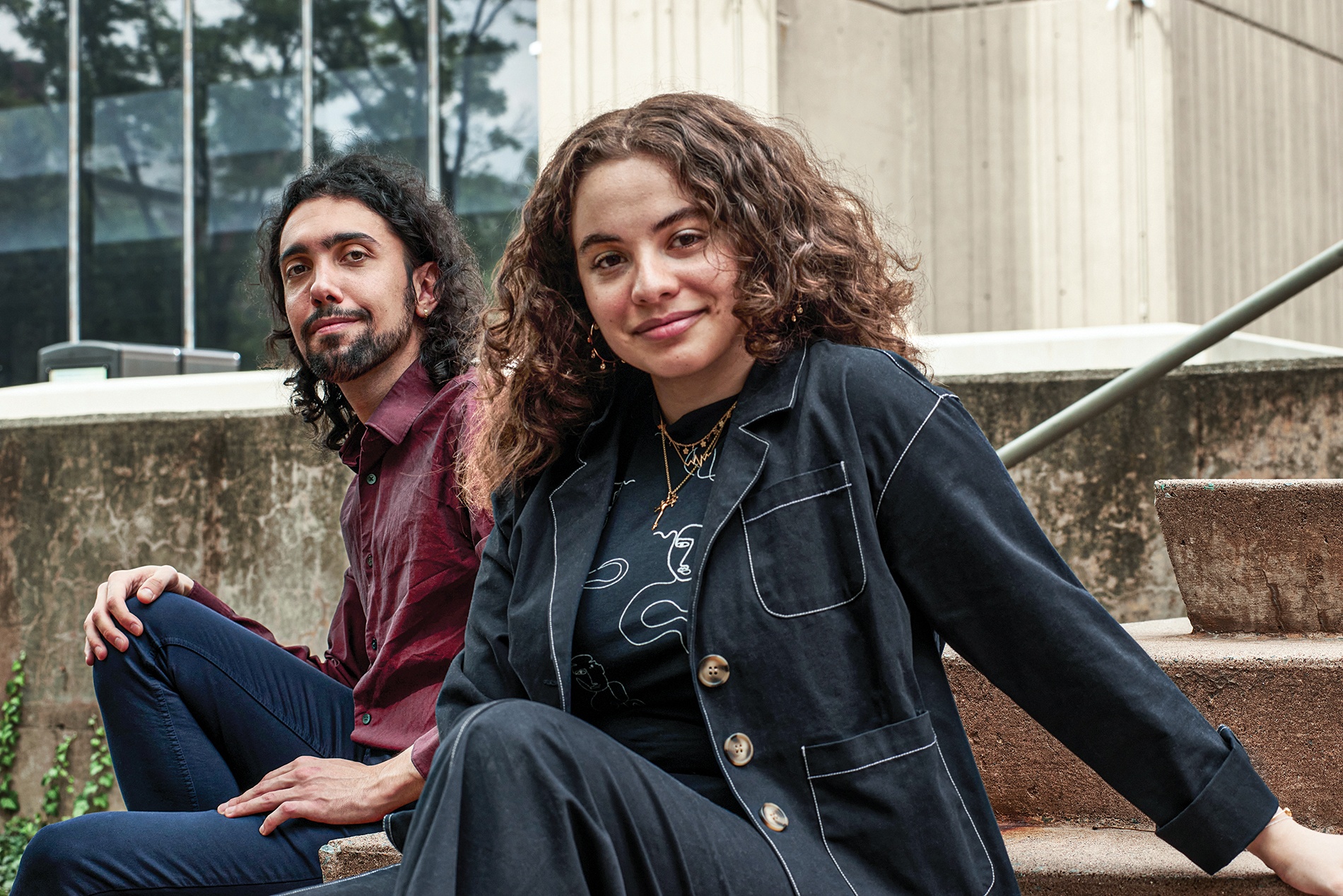 Lebanese international student Gaia-Marie Gerbaka ’21 had big plans for her senior year, despite COVID-19. But all appeared to change when U.S. Immigration and Customs Enforcement released an order in early July: international students at American universities must enroll in at least one in-person class.

Gerbaka, who has a history of respiratory problems and is immuno-compromised, had intended to enroll in remote classes in the upcoming fall semester to protect herself. She needed to remain in Providence, though, in order to complete the research for her thesis at the bio-optics lab she has worked with since her freshman year.

“I would rather get sick and be in the hospital for two weeks than get deported home and have worked for three years for no reason,” says Gerbaka, who studies biomedical engineering and neuroscience. “I would take five classes in-person instead of going back home and losing my visa.”

While ICE ultimately rescinded the order for students already within the U.S. after facing a lawsuit led by Harvard and MIT, international students remain in a precarious situation. ICE has clarified that incoming students are still required to enroll in at least one in-person class, which may affect the ability of many students to safely study on campus, says Assistant Provost for Global Engagement Asabe Poloma.

Under Brown’s COVID plan for the upcoming academic year, first-year students will not arrive on campus for classes until the spring term (they have the option to take one free remote class for credit in the fall).

Living in Shanghai, incoming Brown-RISD dual degree first-year Vicky Yang ’24 does not know when she will be able to apply for a visa to study in the U.S. At press time, none of the American embassies had been scheduling routine visa appointments. Stressing about an uncertain future, Yang found chat groups with other mainland Chinese students admitted to American universities and took solace in the fact that many others shared her difficult position.

“I gradually started to realize that panicking is not going to help,” Yang says. “But what I can do is make good use of my time.”

She’s now working at an art studio teaching kids, developing a children’s book about whales, and preparing to take both her RISD and Brown classes remotely—despite a 12-hour time difference. She spent her previous summer at a pre-college program at RISD, and has fond memories of Providence and Brown’s campus, on which she hopes to set foot again next year.

“To be in a community, physically, which includes so many intelligent people, it just cheers you up,” Yang says. “The campus gives me the feeling of a sense of freedom.”

The recent restrictions are not just for the F-1 visas that Yang and other undergraduates are relying on. In late June, President Trump signed an executive order blocking skilled workers from entering the country for the rest of the year on a range of temporary work visa programs including the H-1B—affecting the ability of universities to recruit faculty and postdoctoral scholars. International students have often used these visas to get jobs within the U.S. after graduation.

“Legislation has been chipping away at [employment opportunities] and increasing barriers to be able to stay on those visa categories,” Assistant Provost Poloma says. “The assault on higher education institutions has been really comprehensive.”

Nearly one in five Brown students is from another country, and even before the pandemic, many faced distinctive difficulties in completing their education and pursuing their careers within the United States.

A few years back it used to take less than a month to process most visas for students to enroll or receive work authorizations, says Shankar Prasad, deputy provost for global engagement & strategic initiatives. By 2019, pre-COVID, it was taking upwards of six months.

For international students, Prasad says, “it’s hard enough to secure an internship or a job and then imagine you can’t get your work authorization in time. You’re stuck with no money and no certainty that if you leave you’ll be able to return.”

Though the Trump administration’s 2017 travel ban may feel like old news, it continues to restrict the lives of international students at Brown.

Babak Hemmatian ’21 PhD, an Iranian doctoral candidate in cognitive neuroscience, is one of approximately 25 students currently enrolled in the university from the seven countries listed on the travel ban: Syria, Yemen, Iran, Somalia, Venezuela, Libya, and North Korea. The majority are Iranian graduate students like Hemmatian.

“I felt angry because it was totally clear and apparent to me that it [the ban] was needless,” Hemmatian says. “And I was dismayed because I didn’t feel there was much I could do.”

Hemmatian enrolled at Brown in 2014 to study how people develop political affiliations and opinions on social issues. He was three years into his research when the 2017 travel ban hit—and it came at an especially bad time in his life. His visa revoked by the ban, Hemmatian learned that his father’s colon cancer was worsening. One day in early March, his family told him that if he wanted to see his father while he was still alive, he would need to come home immediately.

Hemmatian decided that if he needed to he would be able to restart graduate school because, as he puts it: “this time that I had with my dad, that was irreplaceable—he wasn’t going to be coming back.”

As soon as Hemmatian arrived at his dad’s bedside, he knew he had made the right decision. “I immediately felt like it was worth it when my dad saw me from the hospital bed, coming in the door, and he was so surprised and happy,” Hemmatian says.

And thanks to a revised version of the travel ban which spared his visa at the time, Hemmatian was able to return to the U.S. But he has not been able to leave since then and no longer has a valid visa.

Staying put to complete his dissertation has not been easy—Hemmatian had to leave his grieving family and missed the birth of his sister’s first child, whom he has yet to meet in person. He has also been prevented from attending academic conferences within his field, many of which now take place outside the U.S. because of its tight travel restrictions. If there’s been one upside to 2020 for Hemmatian, it’s that many of these academic conferences are now exclusively online, allowing him to participate on more equal terms. Still, he does not believe that he will want to stay in the U.S. if the current immigration restrictions remain in place.

“I want to stay in academia; I’m really passionate about teaching and feel like I am doing meaningful work,” Hemmatian says. “But if when I graduate in 2021 it is the same here, I won’t be staying in the U.S.”