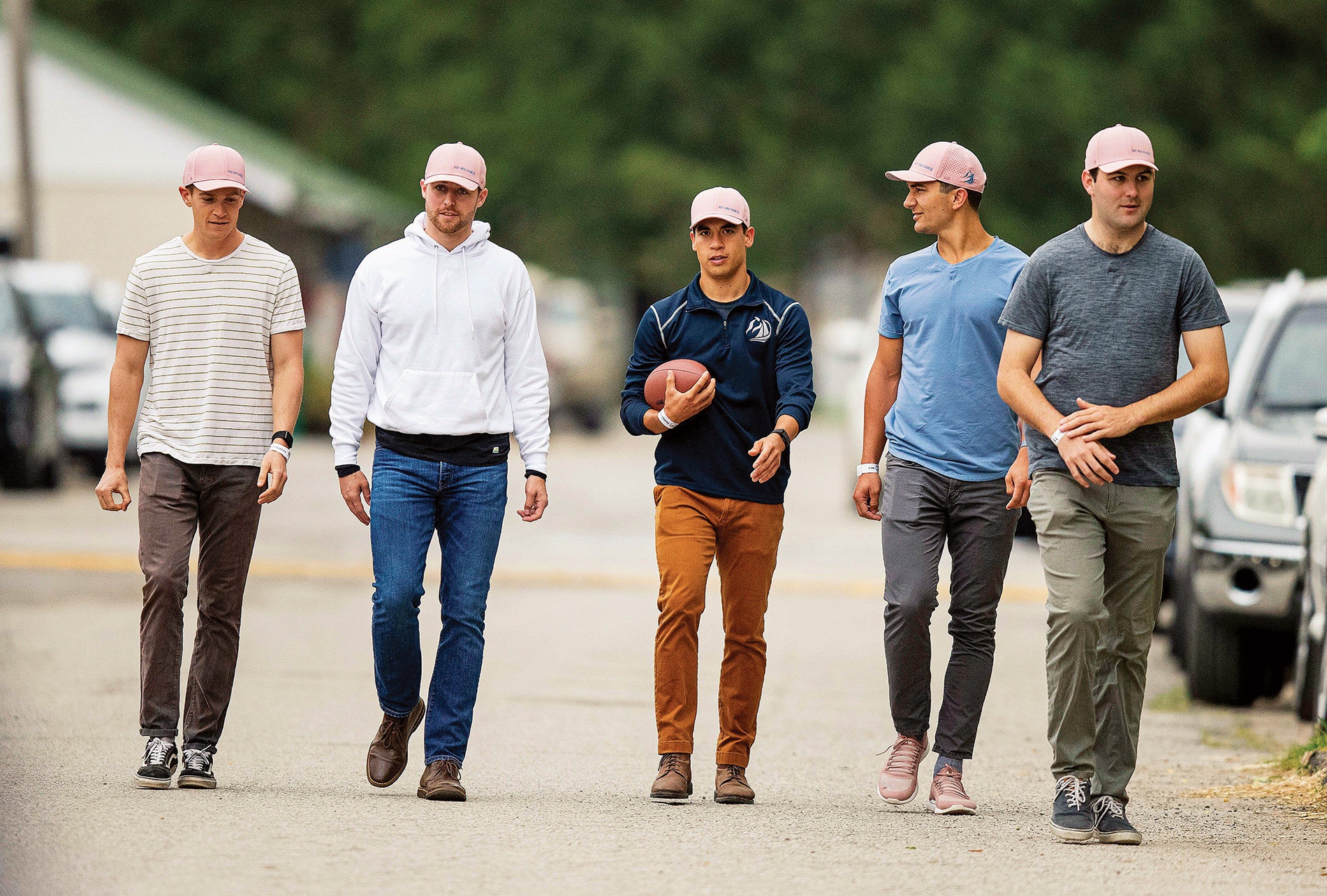 Band of Brothers
For former teammates, a partial stake in Hot Rod Charlie is a good bet

It’s been quite a ride for Class of ’15 members Eric Armagost, Dan Giovacchini, Reiley Higgins, Patrick O’Neill, and Alex Quoyeser. As co-minority owners of horse-racing phenom Hot Rod Charlie, a friendship initially forged on the gridiron has turned these former teammates into the most talked-about business partnership of the season.

“We certainly have a different story than most owners,” says O’Neill. “But our hidden agenda is to show people you don’t have to be retired or a gazillionaire. You can be of our generation and be a part of this sport of kings and queens.”

The five came to Brown as football recruits, landing on campus just in time for the grueling pre-season “two-a-days.” They spent nearly every waking moment together: lifting weights at the OMAC, running drills, and studying film. At year’s end they set their sights on another goal, successfully pledging Theta Delta Chi.

In his free time, O’Neill was glued to his phone watching TVG, a popular horse racing app. Both his uncles were in the business; one trained two Kentucky Derby winners. But it wasn’t until after the group’s 2015 graduation that the idea of collectively owning a horse took on serious consideration. In 2018, Boat Racing LLC (named for a fraternity drinking game) was formed and each chipped in the same ante to purchase a 25 percent ownership stake in three colts, partnering with Roadrunner Racing and Strauss Brothers Racing.

The third horse would be the charm. Hot Rod Charlie, known affectionately as “Chuck,” was a 94-1 entrant in the TVG Breeders’ Cup in November 2020. Streaking down the backstretch, he shocked everyone with a second-place finish. A third-place finish at the Robert B. Lewis Stakes was followed by a win at the Louisiana Derby, securing a berth in the Kentucky Derby.

A third-place finish at Churchill Downs further intensified the spotlight on both horse and Boat Racing. Hot Rod skipped the Preakness to be fully rested for the final race of the Triple Crown, the Belmont Stakes. It turned out to be the right strategy. A fast start and a fast finish put Chuck in the first three to cross the finish line. “I thought he was going to run dead last, given the pace,” O’Neill said the next day. “But he ran the race of his life yesterday. He has the heart of a champion.”

From the beginning, Boat Racing LLC agreed to donate a sixth of its winnings to charity. Fashioned on the concept of the “sixth man,” this share was for O’Neill’s father, who succumbed to melanoma just a month after his son’s graduation from Brown. Wanting to honor his legacy, the group formed a partnership with the Melanoma Research Alliance. With an initial price of $27,500 for a 25-percent stake in a horse whose career earnings top a million dollars, Hot Rod Charlie has proven to be a very good investment.

Reader Responses to Band of Brothers