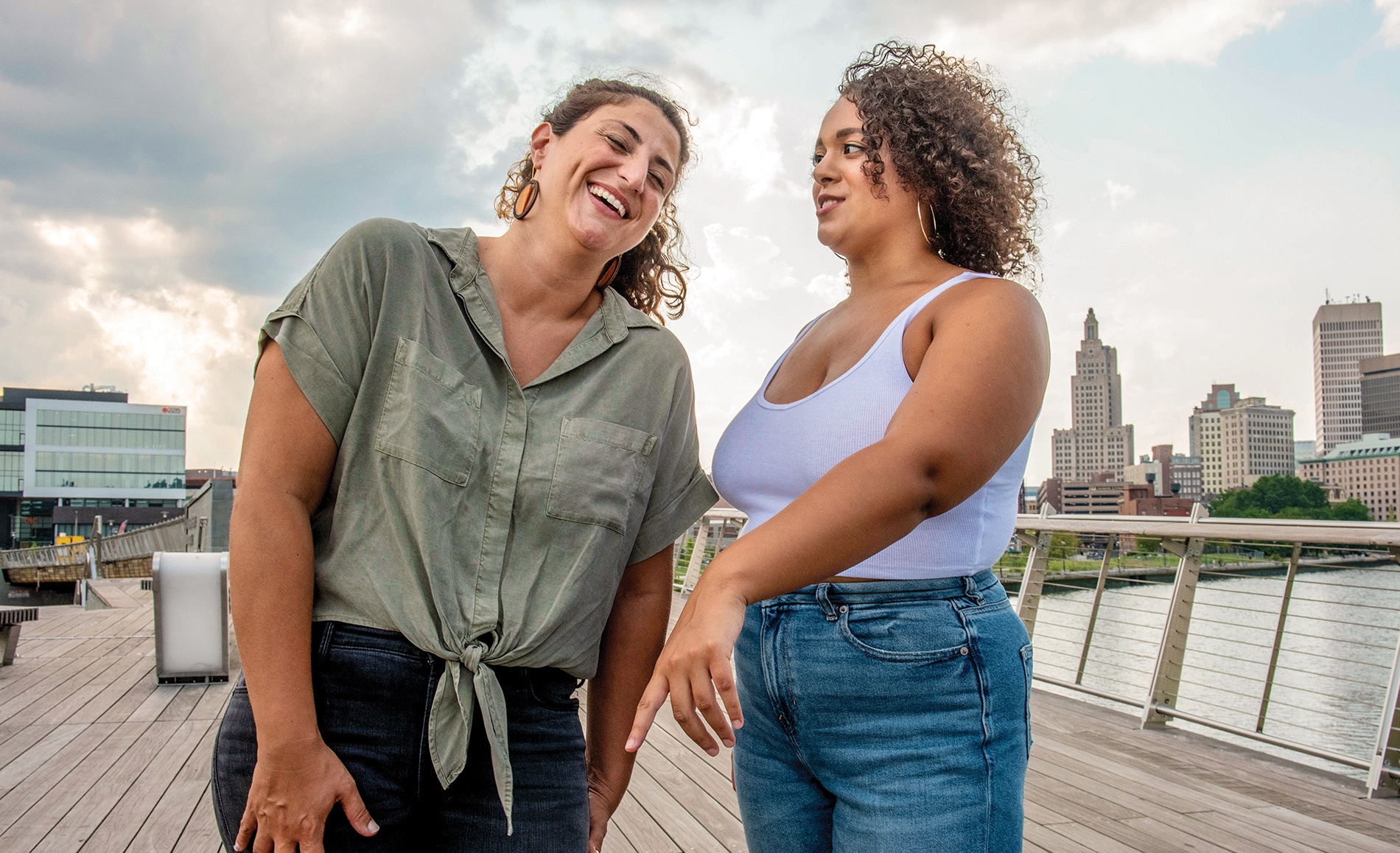 Separating Fat from Fiction
A student-driven course on “fatphobia” examines both science and stigma.

The majority of fat people aren’t in danger of dropping dead next year or next decade, says Clara Pritchett ’22. And those who do struggle with health problems need a total overhaul of the healthcare system—one focused on serving their needs instead of cutting them down to size. Overall, Pritchett doesn’t believe the “obesity epidemic” is a thing—rather, issues of weight and diet are one tiny facet of a massive public health crisis.

This position, once considered outlandish, is increasingly backed by cutting-edge sociological and medical research. By now, for example, most people know that BMI (or body mass index) isn’t the most precise way to measure obesity, since muscles weigh more than fat. But what still doesn’t get a lot of attention is the fact that lots of heavier people who exercise regularly are considered overweight or obese, even though metabolically they’re perfectly healthy. A study with over 40,000 participants found nearly 10 years ago that metabolically healthy but obese people had no higher risk of death or illness than their “normal-weight” peers, but overweight individuals continue to suffer from the stigma that they are slowly killing themselves with their eating habits.

Pritchett and a handful of other students teamed up with professor of psychiatry and human behavior Marianna Kessimian to design a course on these issues: Diet Culture and Fatphobia in the Modern United States, which ran as an American Studies department elective in Spring 2021. The team wanted a class focused less on obesity as it is traditionally studied and more on recent critiques of that framework. Yes, heart disease and diabetes can kill, and yes, compulsive eating disorder is a real and serious problem, but in the broadest sense, Fatphobia students learn to ask, what’s so bad about being fat anyway?

“What’s been really eye-opening is just how tunnel-vision the medical establishment really is when it comes to weight,” says Kessimian, a psychiatrist who studies eating disorders in adolescents. She adds that teaching this class brought the scientist and the humanist parts of her together to examine why many public health specialists put so much emphasis on weight as an indicator of well-being, “when the evidence doesn’t support that.”

Researchers studied in the course point out that the approach too long taken by healthcare “experts”—intentionally or not—has been to shame fat people into submission, rather than to address the manifold historical and socioeconomic reasons that they look the way they do and eat the way they eat. In any case, it is not fat people who are to be blamed for their fatness, research indicates, but the systems and structures that helped form their dietary habits.

Riley Hughes ’21 said her hope was that students left the class with “more facts to bring to the table when fatphobia arises in everyday conversations,” as well as more critical thinking around the biases of various information sources. “It’s not necessarily that they’re completely false,” she says, but “these billion-dollar diet and fitness industries have their goal to tell us a specific something. And we have to have the skills to question where those ideas came from.”

The course—which centered on key texts from public health, psychology, and sociology—aimed to dispel these myths and challenged some of Kessimian’s own views on fatness.

“A lot of mental health symptoms end up being connected to food. Like with kids, anxiety can come out first in food behaviors,” says Kessimian, who realized through the course that by immediately targeting obesity, healthcare providers can fail to recognize or treat the underlying cause of weight gain. “It’s making me really think about changing my approach and my clinical practice,” she says.

Rather than condemn the government officials and public health experts prone to oversimplifications of obesity, students spent one nearly three-hour class session discussing alternative approaches to addressing childhood nutrition. If nearly one in five U.S. children is characterized as obese by the CDC, for example, what can we say to these kids besides “eat less”? What about “Do you have consistent access to affordable fruits, vegetables, and whole grains?” What about “Is everything okay at home? Are you sad, scared, or stressed out?” Kessimian asked students to think about “what are the rules, where did they come from, and can we imagine a different way to deliver that information?”

Students also looked at obesity through the lens of class and race. According to the CDC, childhood obesity prevalence is sliced nearly in half for high-income families, compared to low- and middle-income ones. For Americans of all ages, a higher percentage of Black and Latinx people are are obese, compared to white people. Reasons for the disparities are varied, but include urban “food deserts,” where poor residents without access to a car end up grocery-shopping at corner stores and gas stations or else opting for fast food.

In addition, the COVID-19 pandemic laid bare the dark side of a healthcare system that often fails minority patients. Students noticed that many of the health concerns providers link to obesity are also common comorbidities found in people of color who died of COVID. Issues this big, they agreed, can’t be solved with Weight Watchers or MyFoodPyramid.gov. They require a broader, system-wide response, including a major shift in the way that healthcare workers think and talk about fatness. Of course, students did not come away with all the answers, but each left the class with a stronger sense of the key questions in the obesity debate and the arguments that anchor them.

“I don’t think what fat people need is sympathy. Fat people need some form of justice,” says Hughes. “I don’t know what that looks like yet, but I hope people start to see that it’s a necessity.”

“Fat-Shaming Eric Garner: Representative Peter King thinks the man died at the hands of New York police because he was obese.”
By Olga Khazan
The Atlantic, 2014

“Let’s Move! Biocitizens and the Fat Kids on the Block”
By Mary Catherine Dickman
Master’s thesis, University of South Florida, 2015

“Everything You Know About Obesity Is Wrong”
By Michael Hobbes
Huffpost, 2018

Keeping pace with 10,000 alums outside the U.S.
Sports & Recreation