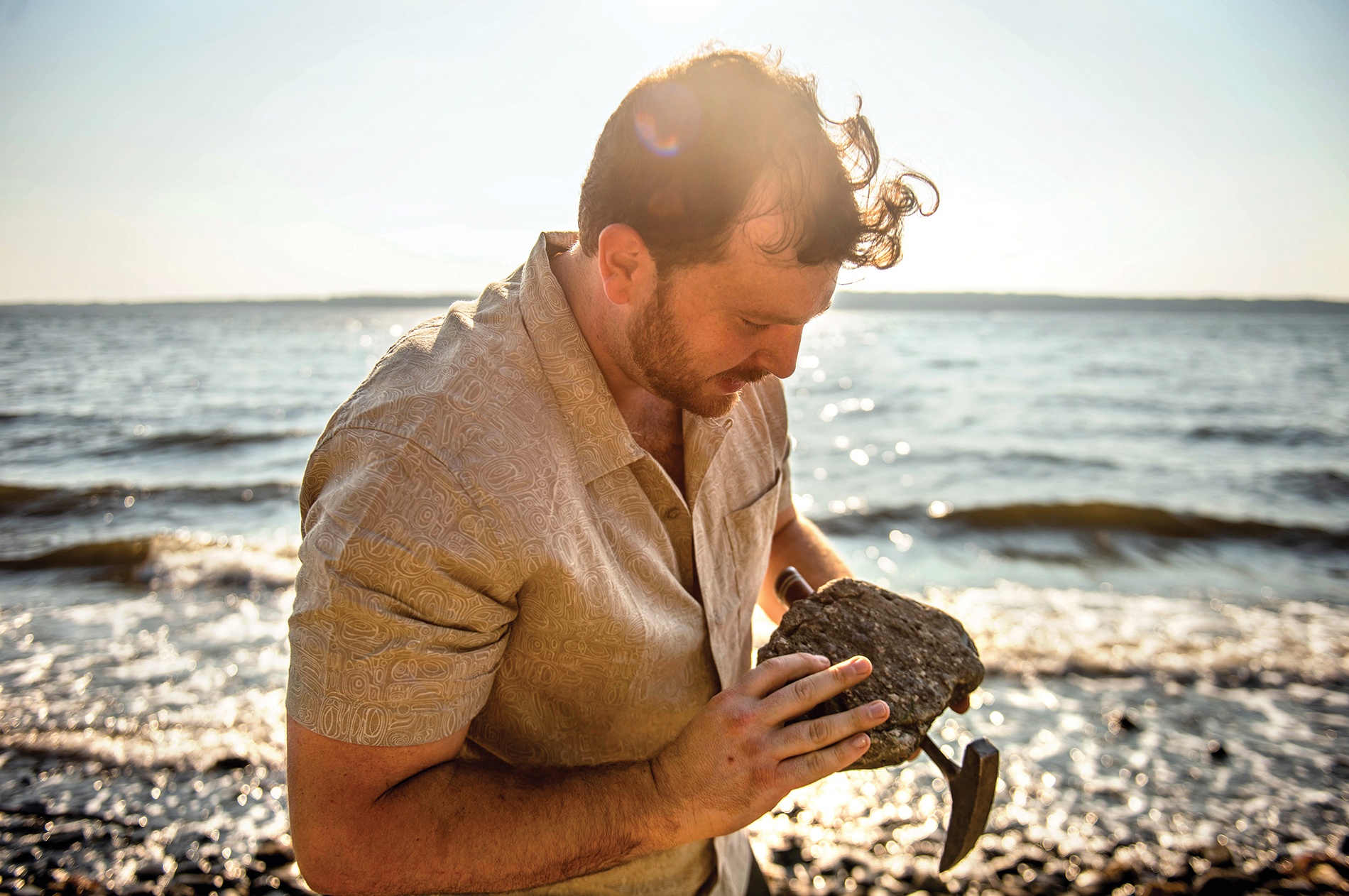 Ever since I was a kid—like two years old—I was interested in dinosaurs. By the time I was 12, I was doing trench excavations with the neighbors. I remember us having some old Coca-Cola bottles out on the table and basically doing a seriation. It was initially the excitement of, like, finding something from the ground. But it matured into a hobby, trying to get as wide a variety of things from the Earth’s past as I could get my hands on.  I eventually matured into a professional archaeologist. And that’s what I do.

I have my regular stuff I need to be doing and research, but on a weekend I’ll go out and go onto someone’s property and bring a big rock hammer and a chisel and heavy mallet. You just keep splitting, splitting the shale for maybe like three hours and you’ll find a few pretty nice ones. It takes a long time to try and train your eye—to know what you’re seeing.

Last August, I was on a property in western Massachusetts and I found a slab of dinosaur tracks with a rare cast of a bone. This is the only example known to science of dinosaur tracks with this type of preservation of a dinosaur bone layered on the same slab. So that’s my favorite fossil story, just because of the luck of finding it. When you live in New England, you don’t think of fossils, right? Like it doesn’t really occur to you that they’re out there and close by, and that you could find something like this.

It was awesome to have made that discovery and contributed to science in that way; I’ll be donating it to the Bruce Museum in Greenwich, Connecticut, and it’ll be on display for lots of people to enjoy.

It’s exciting when you find it, like you split the shale open and it’s there. It’s also just a great way to get outside and get some exercise. You do feel pretty tired after doing it, but it’s always rewarding because you see something that’s never been seen before by human eyes.

My earliest finding was when I was 16 years old and went out to Thermopolis, Wyoming. I did that dinosaur dig there. It was very memorable because we were digging in Jurassic period beds. We found some sauropod long neck dinosaur bones. It was sort of a test of whether I wanted to be a professional paleontologist. I think it was always part of who I was—just that preoccupation with the past.