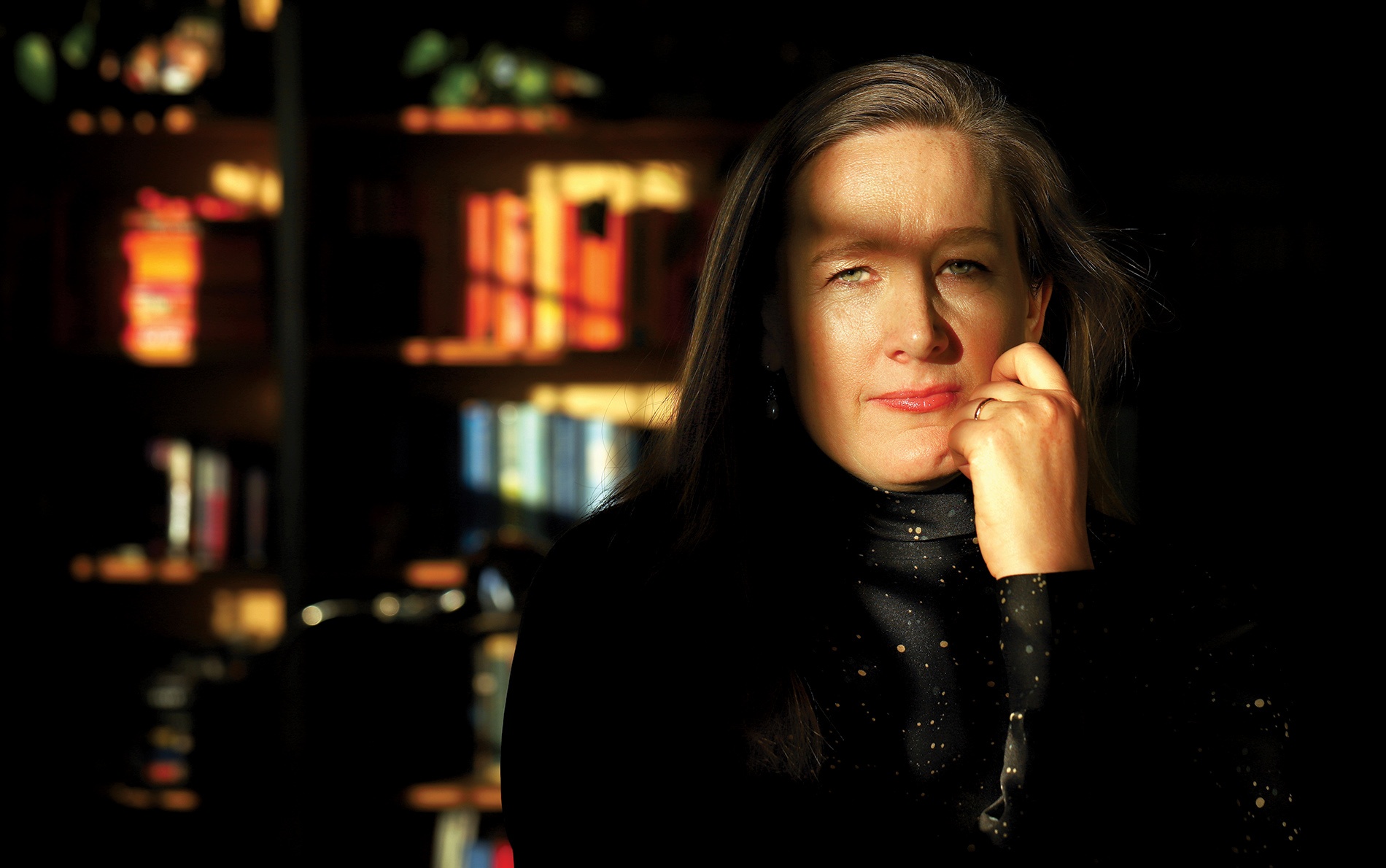 In 2010, the playwright Sarah Ruhl ’97, ’01 MFA, lost her smile. Giving birth to twins left her with a half-frozen face, diagnosed as Bell’s palsy. The malady usually resolves quickly, as it did for her mother. In Ruhl’s case, it launched a long, frustrating medical and psychological odyssey—and sparked a memoir.

Smile: The Story of a Face began as an essay, and developing it was “like peeling the layers of an onion,” says Ruhl, a two-time Pulitzer Prize finalist and winner of a prestigious MacArthur Foundation Fellowship. “There was this kernel I wanted to explore about health, motherhood, emotion, the outward expression of emotions. Writing the book actually made me better because it forced me to confront something I had buried.”

On Zoom, just a trace of Ruhl’s condition is visible in a charming, slightly lopsided smile. But that progress was hard-won. In short chapters, punctuated by photographs, Smile recounts her often discouraging, occasionally healing, experiences with neurologists, acupuncturists, physical therapists, and other health care professionals.

Ruhl lives in Brooklyn Heights with her three children and “incredibly empathic and grounded” husband, child psychiatrist Tony Charuvastra ’96, ’02 MD. She wrote in part at the Cape Cod home of Paula Vogel, the Pulitzer Prize–winning playwright who was her Brown mentor, and Anne Fausto-Sterling, professor emerita of biology.

Though Ruhl’s religious background is Catholic, she took “refuge in Buddhism” during her medical ordeals, which included postpartum depression and the helpful discovery of her longtime celiac disease (an immune disorder triggered by gluten).

“There’s this kind of pilgrim’s progress in illness narratives, a kind of spiritual autobiography.”

“There’s a meditative aspect to the
book,” she says. “The search for nonattachment, the search for grace, is something that’s common to most religions. There’s this kind of pilgrim’s progress in illness narratives, a kind of spiritual autobiography.”

Extrapolating from the asymmetry of her facial expressions, she writes in Smile: “If symmetry is beauty, but life is asymmetrical, then how can art imitate life with an expression of formal beauty that is also true?”

The book also serves as an implicit commentary on the vagaries of U.S. health care. “The insurance system does not reward taking time to listen to a patient’s full history or story,” Ruhl says. “Nor does it really reward generalists who can make sense of patterns or chronic illnesses that might go across specialties. It was hard to find someone who could listen and put the pieces together. I felt pretty buffeted about.”

As she struggled with her slow progress, Ruhl “felt ashamed that I wasn’t getting better,” as well as “sad that my face was not matching my emotions.” Talking to a man with the same diagnosis, she came to believe that Bell’s palsy was “harder for a woman… because men can hide behind a more serious gaze without having to mirror expressions and look pleasing or pleased.”

The condition also affected her ability to work. “The biggest impact,” she says, “was learning to write in short form.” While continuing to write plays,
she published 100 Essays I Don’t Have Time to Write (2014); Letters from Max (2018), a record of her correspondence with the late poet Max Ritvo, a student of hers at the Yale School of Drama; and 44 Poems for You (2020), a return to her early career ambitions.

During the pandemic, she says, she wrote a daily haiku. In the fall of 2021, she was preparing for the November premiere of the Metropolitan Opera’s adaptation of her play Eurydice, for which she wrote the libretto.

As for Smile, she says she hopes the book “gives people comfort if they’re going through some kind of chronic challenge. And I hope it makes people think about asymmetry differently—whether it’s facial asymmetry or other kinds.”