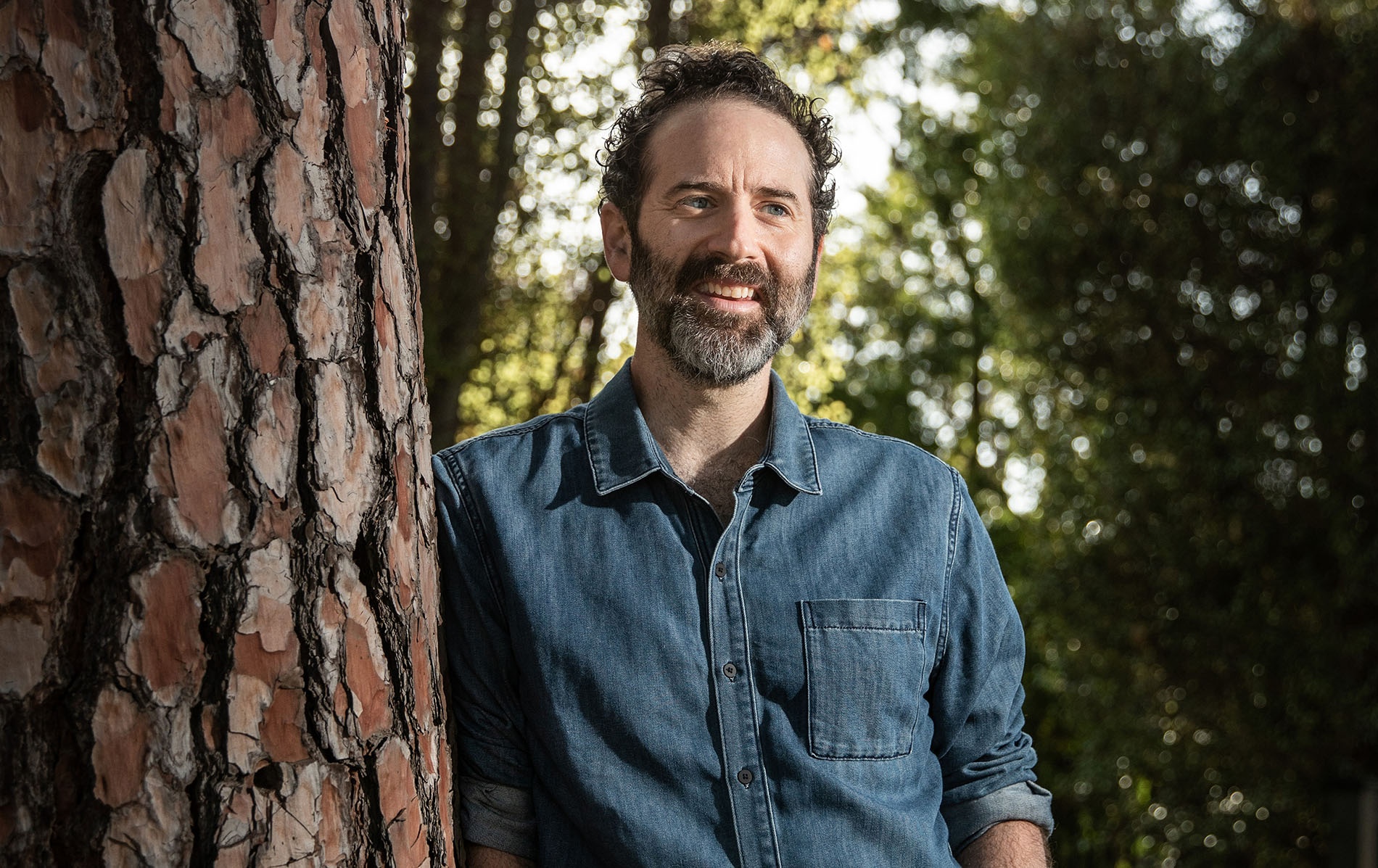 Six years ago, the unimaginable occurred: The same day his wife, the writer and actress Jessica St. Clair, received her final chemo infusion for breast cancer, Dan O’Brien ’99 MFA was diagnosed with Stage 4 colon cancer. “It was almost a perfect pivot from her being the patient to becoming a caregiver, and vice versa,” he says.

The dual cataclysm—which both survived—inspired the award-winning playwright’s two most recent books, published in September. Our Cancers (Acre) is a poetic sequence that O’Brien likens to prayer: “something half-conscious, incantatory, or visionary.” A Story That Happens: On Playwriting, Childhood, & Other Traumas (Dalkey Archive Press) is four essays, originally lectures at the Sewanee Writers’ Conference in Tennessee, that combine observations on literary craft with memoir.

O’Brien dedicated both to their daughter, Bebe, less than two years old when St. Clair was diagnosed in 2015. The closing words of Our Cancers are “daughter laughs,” conveying the poet’s love and hope for the future. O’Brien and St. Clair, who live in Santa Monica, met in a comedy improv troupe at Middlebury College in the 1990s. At Brown, O’Brien studied playwriting with Charles L. Mee.

O’Brien’s best-known works include the poetry collection War Reporter and the plays The Body of an American and The House in Scarsdale, which received the 2018 PEN America Award in Drama and drew on interviews with relatives who, like O’Brien, were estranged from his parents.

“I write plays like a poet and I write poems like a playwright,” says O’Brien, whose plays are in verse, and whose poems are often dramatic monologues. “I love the amorphous boundary between those two genres.”

A common thread is surviving trauma—a process that began in childhood, when his 12-year-old brother attempted suicide. In A Story That Happens, he describes his family as chaotic and his parents as mentally ill and emotionally abusive.

“My family is a pretty difficult thing to survive, full of darkness and ghosts and secrets and lies,” he says. “When I think of what’s beautiful about writing, it’s not that it’s necessarily aesthetically pleasing—it’s that it makes sense out of chaos.”

Our Cancers was “very much an intuitive, instinctive response” to his confrontation with life-threatening illness, O’Brien says. “These poems”—which move back and forth in time—“seemed to want to be fragments,” he adds, “because in some ways my life felt shattered or fragmented by what we were going through.”

O’Brien says his near-death experiences have transformed him as both a person and a writer. “In general,” he says, “I’m better at embracing imperfection and accepting that there is no such thing as perfect art. And it’s the imperfections that make it human and allow people to connect to it.”

Reader Responses to Out of Darkness